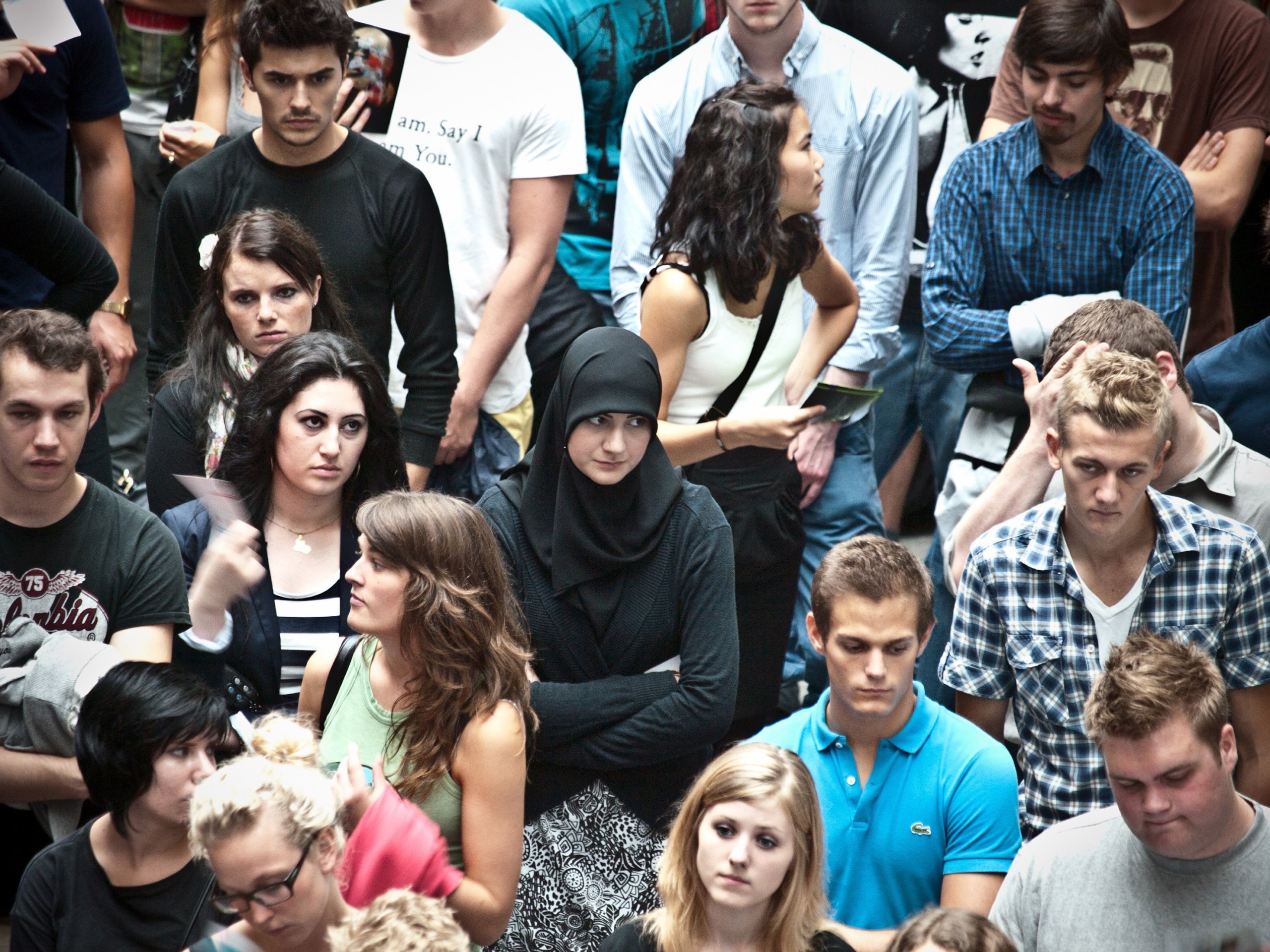 To achieve an inclusive multicultural society and study environment students must be more aware of religion, according to new report by PhD student. From a previous matriculation ceremony at the University of Copenhagen
image: Lars Juul Hausschildt

»The university has three priests to take care of the spirituality of students – but why not have an imam?«

The question is raised by Niels Valdemar Vinding, a PhD student from the Faculty of Theology at the University of Copenhagen (UCPH). He recently contributed with a country report to the international EU RELIGARE project which runs from 2010 to 2013. In all, 13 universities from the EU are participating in the project by contributing research on matters of secularism and religious and cultural diversity. The research will be used to help formulate new EU policies.

»Yale University has several religious ministries, including both a priest, an imam and a rabbi for their students,« Niels Valdemar Vinding continues. »University of Copenhagen is falling behind«.

Only one faith represented at the University is not the only case of an unspoken religious presumption at UCPH.

»The university was like the church in many ways. It had it’s own laws and even had a prison where the Rector could sentence anyone under the university law« Vinding explains. »Those times are over, but there is still an unspoken majority concept at UCPH. The Faculty of Theology, for example, maintains a Lutheran core curriculum«.

»Another example, which can also be found at other workplaces, is the parties that only serve alcohol for drinks and the canteens that do not have halal meat. This is something that excludes for instance Muslim employees and students« Vinding explains.

With his research Vinding hopes to contribute to a better knowledge and understanding of religion in society. With it, according to him, will come a more open multicultural society and university.

»Currently most official institutions, such as courtrooms, are using the ‘equal distance’ principle to be objective, which means that they take equal distance from all religions and confessions. Of course this is good, but it leads to pushing religion away from public awareness. Instead, court rooms should use ‘equal proximity’ where they take equal consideration of religion in order to understand religion better and stay objective« Vinding says.

»And a better interpersonal and religious understanding in official institutions and society will also lead to more openness at the university«.

Being alike in being different

For Vinding, working on the RELIGARE project has meant meeting many international researchers that are participating in the project.

»Different universities have a different focus in their research with respect to the national considerations in their countries« Vinding elaborates.

»For example, in the UK the focus is to incorporate multi- and even hyper diversity. Their research investigates the possibility of being alike in being different«.

More inclusion in the future

In Denmark however, the future will mean an inclusive society built on better understanding and knowledge of religious life, according to Vinding.

»I think people have been becoming increasingly aware of religion for many years now. Perhaps since the Berlin wall fell in 1989, the terror attacks in the 1990’s and culminating with the 9-11 attack,« Vinding says. »However, religion is still something that is separated from everyday life because we tend to separate life into different realms. That time is about to pass. There is a rising need for deeper reflection and to understand other as well as our own religion better«.

»Currently some people are moving closer to religion, while others are moving away. However, there is also a third, large, middle category characterized by ‘pragmatic inclusion’. This doesn’t mean a polarization, but shows that people are taking a stand based on better knowledge«. Vinding continues: »In twenty years time I believe we will become wiser about ourselves and religion and will live in a place with more inclusion.«

»And as I am an optimist, I believe this is possible«.