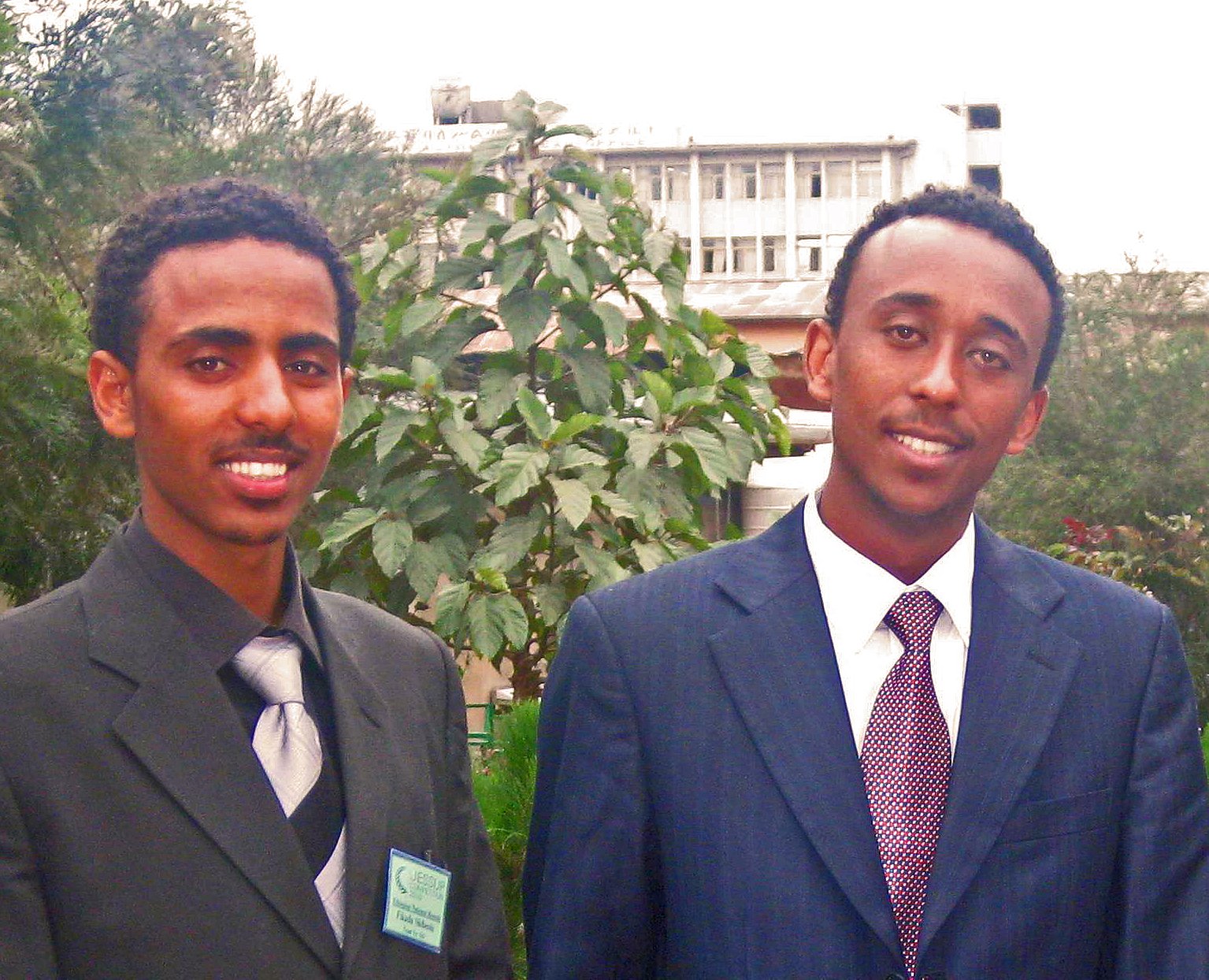 From the Ethiopian team; Fekadu and Fasika
image: private photo

In Copenhagen, the team from Ethiopia can’t wait to speak out for Africa on the medicine issue

On the eve of the Copenhagen Competition, the Ethiopian team has revealed its thoughts on preparation and strategy to the University Post.

The theme for this years Copenhagen competition is access to medicine, a big area of interest for the Ethiopian team.

Team members Fekadu Asmamaw and Million Feyissa from Haramaya University have been preparing as much as they can, reading all relevant information on the issue, they say.

Read our guide to the contest here.

»I live in a community where the issue of medicine is so sensitive. It means so much to poor people living in misery with complicated lives due to the socio-economic and political complexities of this issue«, Million says.

He reckons that the other teams have allocated longer time for preparation.

»The best team is the team that allocates the longest time to prepare, and we have been preparing for less than two months«, Fekadu points out.

The Ethiopian team has a long tradition for moots, a type of mock court competition, with the Copenhagen Competition being Fekadu’s fourth.

»My first moot court competition was in Lagos, Nigeria, followed by a competition between the Ethiopian law schools. Our team won all the written and oral round trophies, and I was also awarded as the best oralist«, he says.

Fekadu also made it to the finals in the Ethiopian Philip C. Jessup International law competition, but could not participate in the international final.

»We were unable to travel to Washington D.C. due to the lack of funds«, Fekadu says.

With this in mind, Fekadu and Millions’ team may have the extra motivation in Copenhagen.