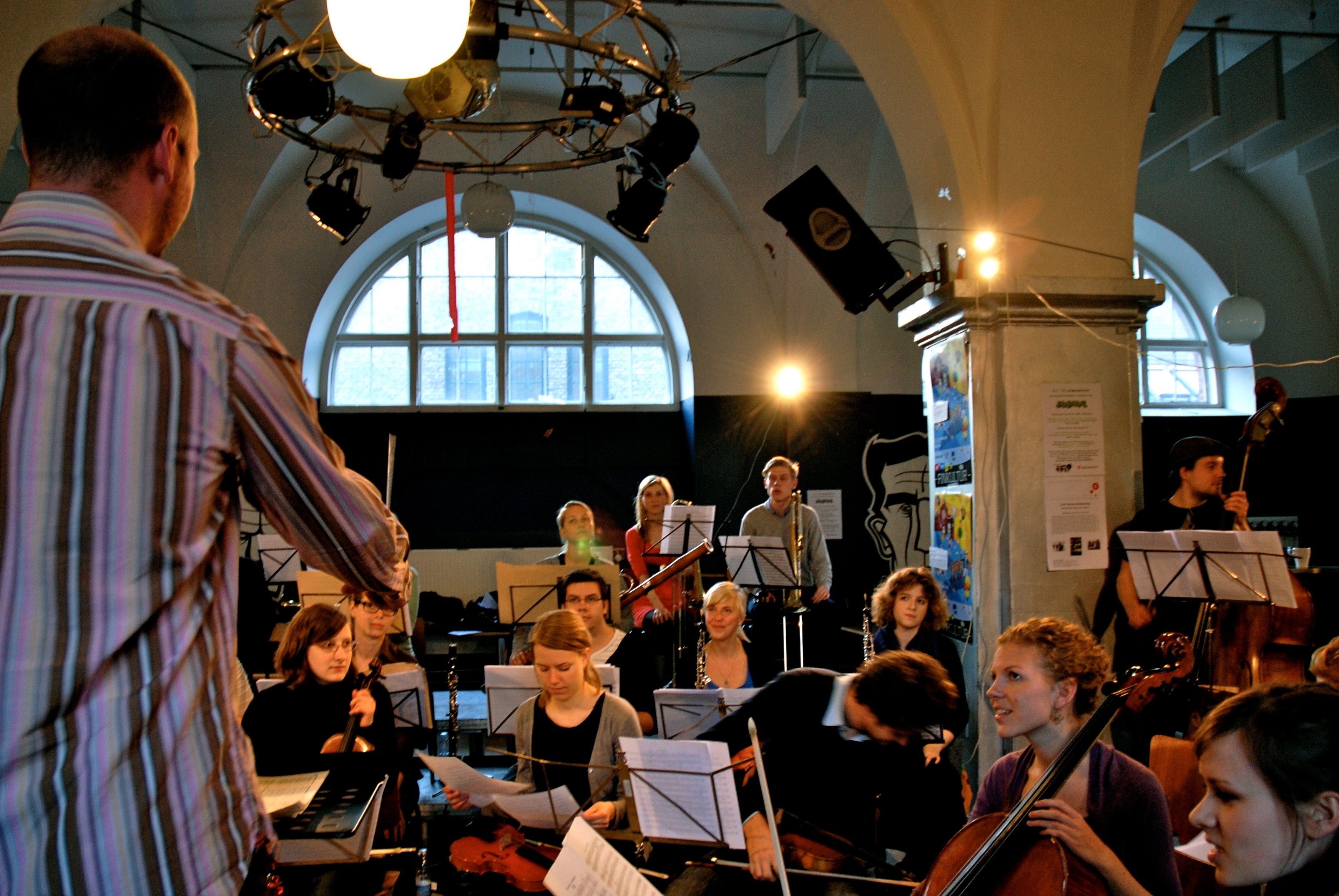 We didn't manage to sneak any pictures from the concert 8 May, but this is from an earlier rehearsal
image: Anina Dedekam Moldskred

Copenhagen student orchestra hooked up with Stockholm for a star performance

The University Post knew it was in for something special.

This year’s spring concert Saturday last was an intricate collaboration between our own University of Copenhagen orchestra SymfUni and a visiting Swedish one, the Royal Technical University Orchestra from Stockholm, and I was interested to see whether the two student orchestras could pull it off.

The acoustics of the Ceremonial Hall in Vor Frue Plads are superb – decorated with golden ornaments, the hall was perfectly chosen.

Under the direction of conductor Kristoffer Kaas, the SymfUni opened the concert with a majestic march of Hugo Alfvén. The orchestra certainly got my attention and I got the urge to hear more!

This was followed by four of Edvard Grieg’s challenging symphonic dances, and the orchestra performed them successfully. There were a few faults in their performance, but these were easily masked by their enthusiasm.

In the second half of the concert, the Royal Technical University Orchestra from Stockholm then executed a varied set that showcased brilliant musicianship.

The Concert Polka for two violins written by the Danish composer H.C. Lumbye was a great kick-off. The two soloists showed off their skills and enchanted the audience.

Funny noises created by the orchestra´s members and the use of whistles, contributed to produce the atmosphere of being in a fairground.

To end their programme they played the second symphony, first movement, by Hugo Alvén; and the performance received a rousing applause.

After honouring great Scandinavian composers, the concert ended with the Czech composer Antonin Dvorák´s Slavic Dance, Nr. 8. The performance brought the crowd to its feet with a standing ovation.

The joint concert Copenhagen-Stockholm concert was a success both in terms of musical performance and in terms of entertainment. They had pulled it off. Five stars out of five!