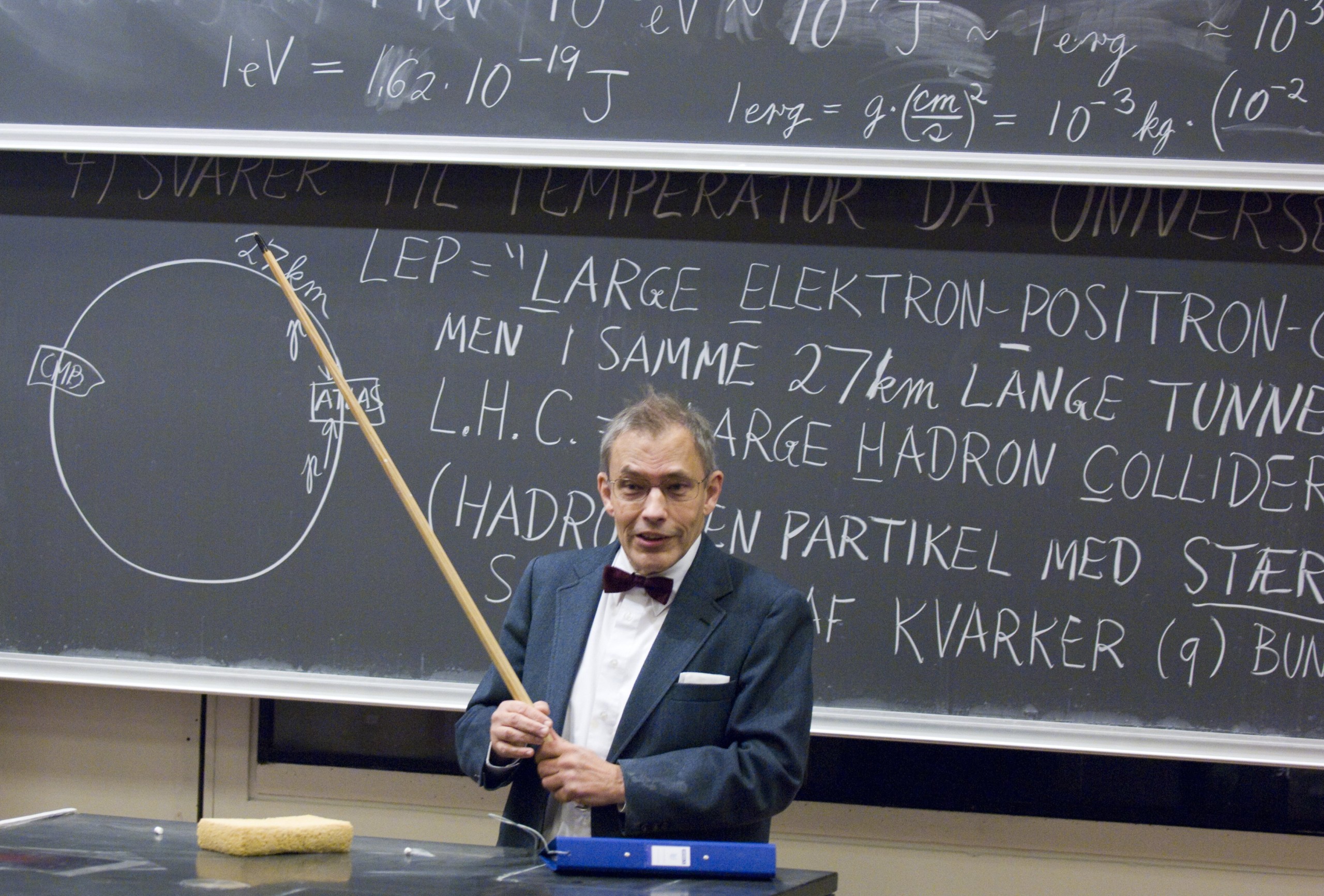 Holger Bech Nielsen, 71, once said that 'God' is sabotaging the Large Hadron Collider experiment. His career is now at an end, and the Niels Bohr Institute is celebrating him

The Niels Bohr Insitute is holding a full day symposium to celebrate the 71st birthday of theoretical physicist Holger Bech Nielsen. The day also marks the retirement of one of the most acclaimed physicists of his generation.

Guest speakers are expected to deliver talks on Nielsen’s long and distinguished career and his scientific contributions to the field of physics.

Nielsen is known for his original contributions to theoretical particle physics. He is particularly known for his works in the field of string theory, an active research framework in particle physics that attempts to reconcile quantum mechanics and general relativity. He is considered among the fathers of string theory for first proposing that the veneziano model was actually a theory of strings.

Nielsen has been teaching theoretical particle physics at NBI, University of Copenhagen for almost four decades. He started studying physics at the age of 20 at the same university 50 years ago. He was employed by the university in 1973, and since Sept, 2011, he has been professor emeritus with a very high engagement in research.

He is credited for numerous original contributions in theoretical particle physics, which are still very active research areas worldwide. Many concepts in high energy physics are named after him, such as the Nielsen-Olesen vortex, the Nielsen-Ninomiya no-go theorem and the Koba-Nielsen variables in string theory.

Made the science popular