Feature: How to make a bike-friendly city 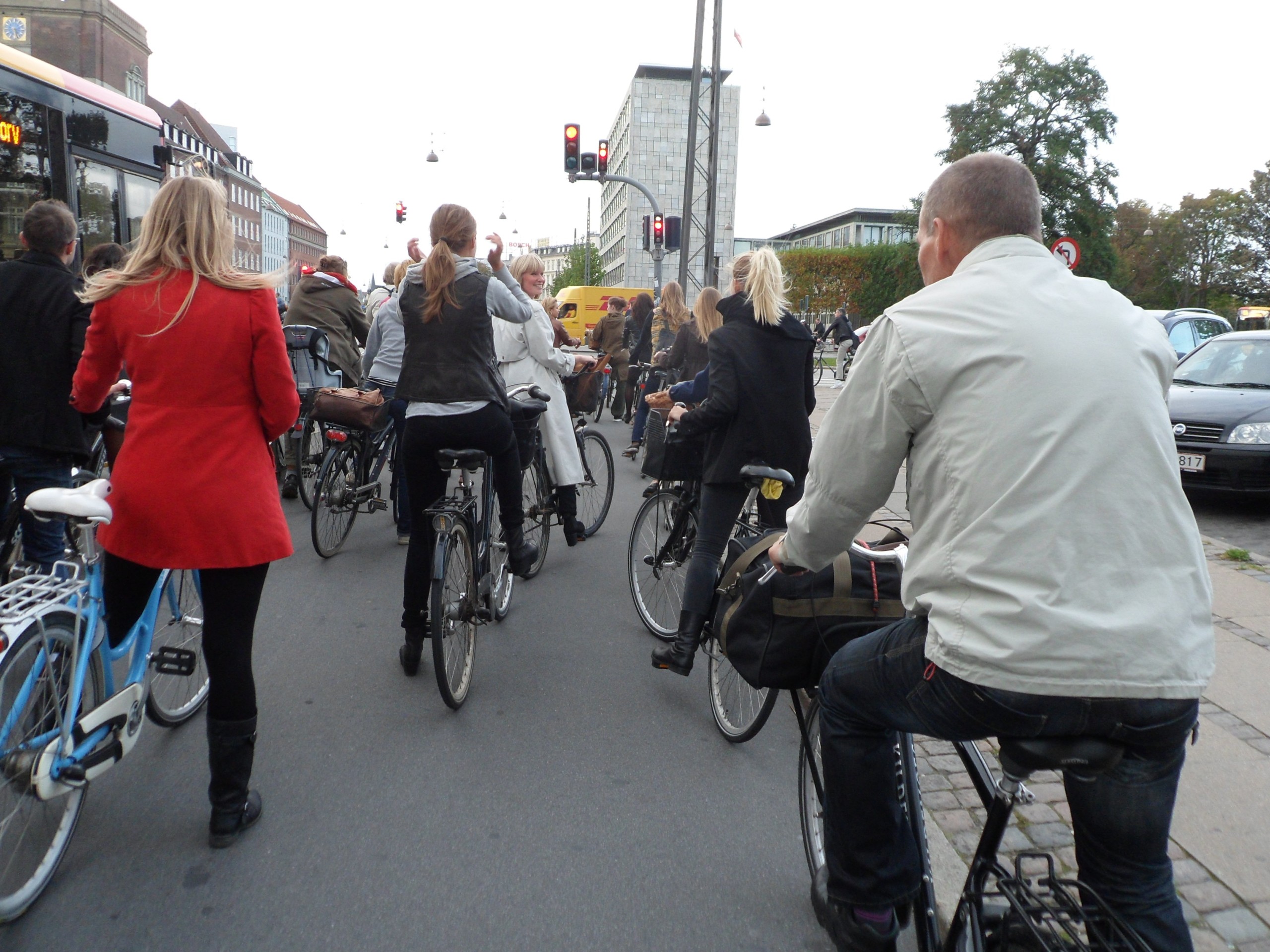 Bikes dominate the city traffic of Copenhagen. But it has not always been like this
image: Camille Lefrancois

Copenhagen was not always so bike-friendly. In an interview with our Canadian reporter, renowned architect Camilla Van Deurs explains how this city originally made the switch to bikes

One thing is visiting. But actually moving to a city gives you a new perspective on it. Maybe you observe more because everything is new to you? You notice things that appear normal to the city’s inhabitants.

As a Canadian student moving to the postcard that is Copenhagen a few things struck me in particular: The size of the pedestrian street network, and the extent of the public spaces and parks available for citizens to enjoy, at least when the weather allows it. And of course I was amazed by the number of people biking on these large bike paths on almost every road.

But what surprised me was that the city was once different: During the fifties and sixties the city was dominated by cars just like many North American cities now. So how did they it become what Copenhagen is nowadays?

I talked to Camilla Van Deurs, an architect at Gehl Architects, a Danish firm that has been implicated in the city’s transformation, and that now helps cities around the world to do things differently.

In the beginning, the city was inspired by a Dutch movement called ‘living in the street’. Local government decided in 1961 to close one of the central streets to traffic for a period of 6 months, explains Camilla Van Deurs.

And after the six months trial, »the city evaluated the project and realised that people were so happy with it that they decided to keep the street closed to cars,« she recounts.

In the 1970’s the pedestrian street turned into a network, which in the 1980’s and 1990’s incorporated the squares around the network, emptying them of cars as well. »And as soon as they removed the cars from an area, people started to use the space,« explains Van Deurs.

Studies conducted then by Jan Gehl who, with the city administration, was at the centre of the changes, used a technique that is now used around the world.

»In 1968, Gehl started counting people walking down the streets, noting when they stopped, where they stopped, what they did, and what the social distances, shade and sun were like.«

The idea was to document people’s use of the streets and the new public spaces. The technique is now known as a ‘public spaces – public life’ survey.

The idea was just to observe people to get data, as every good city does, on traffic and statistics.

But soon »the city started to use the studies as an argument in itself for making changes«, says Camilla Van Deurs. Copenhagen still collects annual data about car traffic, bicycling and walking in the city space.

The city has been called the world’s biking capital. But for me, it was only when I got here and started biking in the city that I understood what it meant. The large bike path infrastructure – separated from the cars with a different height, the amount of bike traffic at rush hour: For me, a Canadian who is used to biking for leisure in parks on sunny weekends, this was different. 50 per cent, think about it, 50 per cent, of the city’s citizens bike to work or school every day.

»It all started with the need«, explains Camilla.

In the seventies, during the oil crisis, the country enforced car-free Sundays. This forced people, out of necessity, to discover the usefulness of biking and they started biking more and more to get where they wanted. Following the emergence of that transportation mode, »the city discovered that they needed to connect a network that was safe,« explains Camilla.

To cope with the new demand it started building the biking infrastructure that most of us now use every day.

Nowadays, of course, the city faces new challenges. Bike parking, (…try finding a spot for your bike at Nørreport Station!) and the need for more space on bike lanes.

»In places like Canada, biking is more considered a sport and the infrastructure is located along green spaces,« she says.

And when it is a sport rather than a means of transport, it requires users to have access to a shower at the end of the road, proper sports clothes, and so on.

What is inspiring about the Copenhagen story of urban transformation is that it originated in a city that had to go through all the hardship of pushing cars out to regain a balance between cars and people spaces in the city.

This gradual transformation allowed citizens the space to enjoy the beautiful city they live in.

A model that hopefully can inspire more cities around the world.