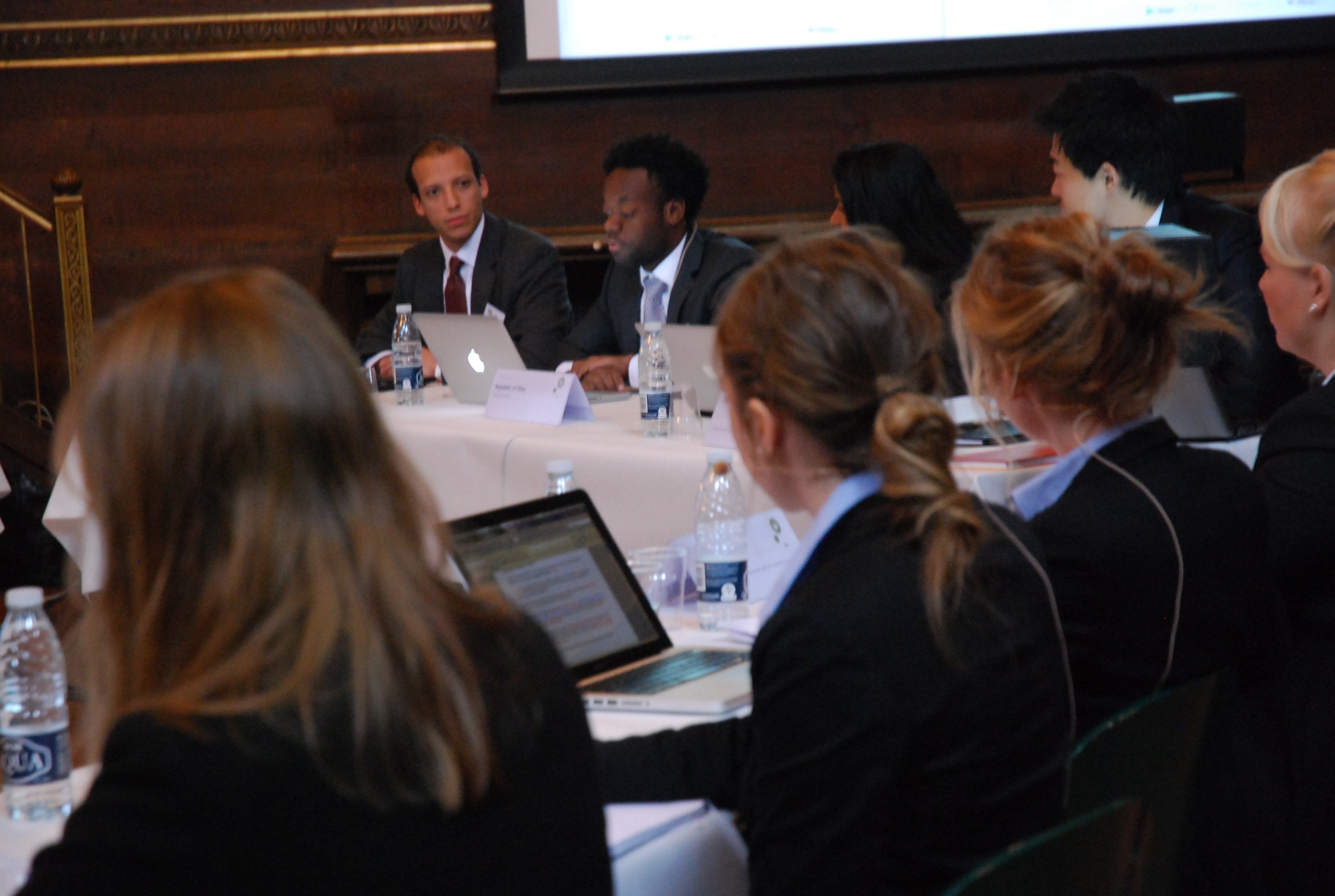 Teams prepare for the start of the final round today Thursday
image: Polina Chebotareva

Judges make the final selection of four teams. They face each other down at 10:00. Winner will be announced at 13:00

It is the teams from Singapore, Cape Town, Yale, and the home team of Copenhagen that will fight it out in the finals of this year’s mock law debate Copenhagen Competition.

This is according to the Copenhagen Competition’s official website. The third annual Copenhagen Competition at the Faculty of Law brings together delegations from universities around the world to debate on a controversial topic. This year it’s all about ‘Access to Food’. The final round will start at 10:00 today Thursday, with the winner expected to be announced at 13:00.

»There was a tight race between the eight participating teams in this year’s Copenhagen Competition, but following careful deliberation, the panel of judges has announced the names of the four finalists,« the website writes, before naming the universities and their fictive names for the competition.

Last year’s winner, the Hebrew University of Jerusalem, did not make the selection. This will come as a surprise to some sources who mentioned the team as one of the favourites this year.