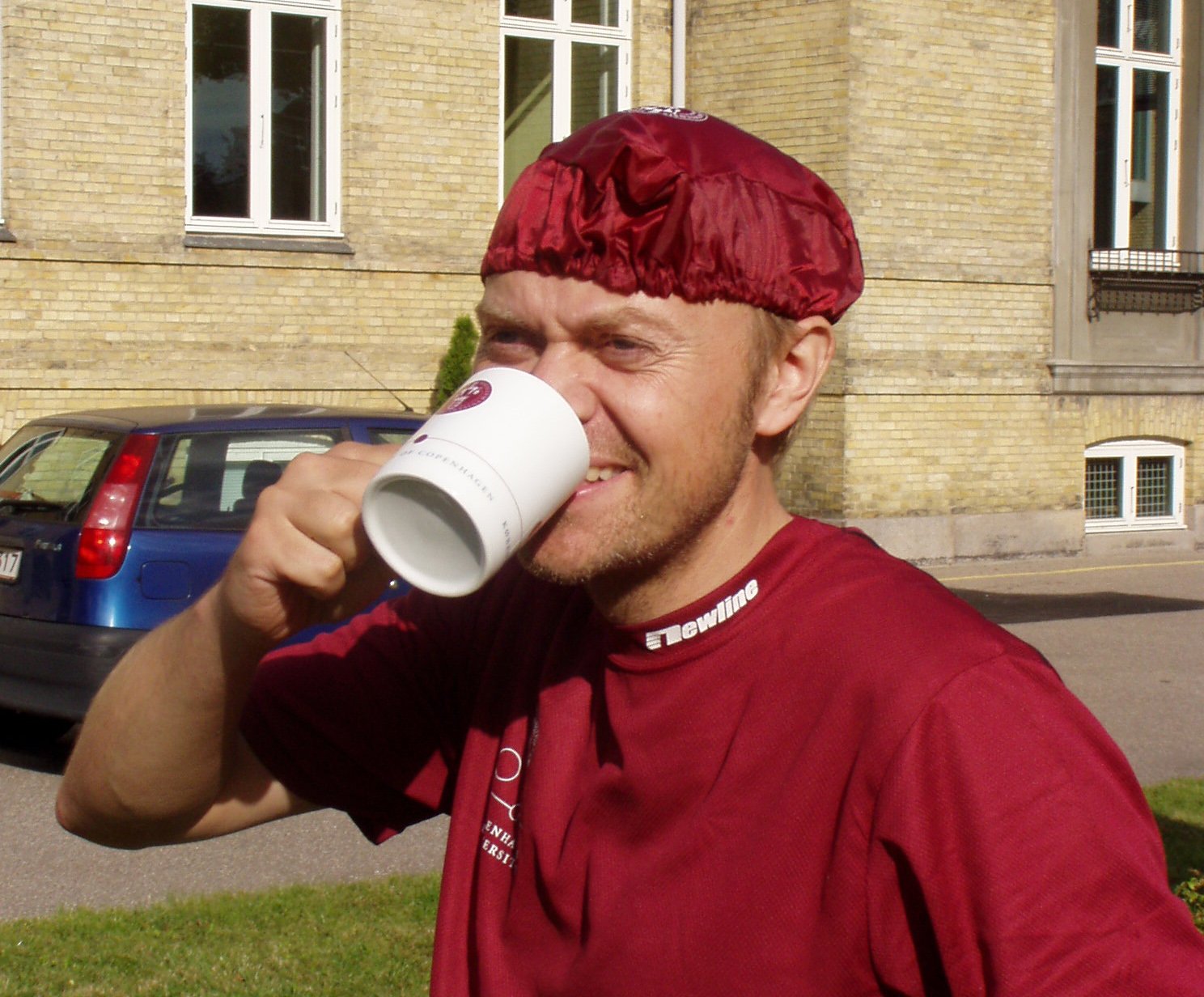 Jesper Nielsen, a member of the FOI 1 team last year, drinking from his winning University of Copenhagen mug
image: FOI 1

An uneasy cease-fire between the two fastest university teams in 2009 is now on the verge of breakdown: This is after food economists have countered the physicists claim to a moral victory in last year’s race.

The University of Copenhagen has one of the largest group of teams in the world’s largest fun-run. The 2009 showdown ended in ambiguity between university teams as a physicist team’s victory was stolen by food economists due to a technicality.

But the physicist team’s bungling of their own sign-up procedure was also a technical mistake, according to Brian Jacobsen of the rival food economist team FOI 1. The physicists’ ‘moral’ victory may not have been so clear-cut.

»One of the several technical mistakes was that the Black Saturns had not clearly marked which category they were running in. This is why they were not on the list over teams for five men last year,« he says, adding with understatement »they will probably take better care of their sign-up this year«.

We are ‘fastest among 5 men’

The new outbreak of the war of words comes just days before the DHL fun-run on Monday 30 August.

Brian Jacobsen admits that FOI 1 have claimed to be the fastest in 2009.

»We have just said in the past year that we were the fastest in the category ‘5 men’«.

See the University Post guide to the fastest teams in 2010 here.