For fish, it is best to have no boss 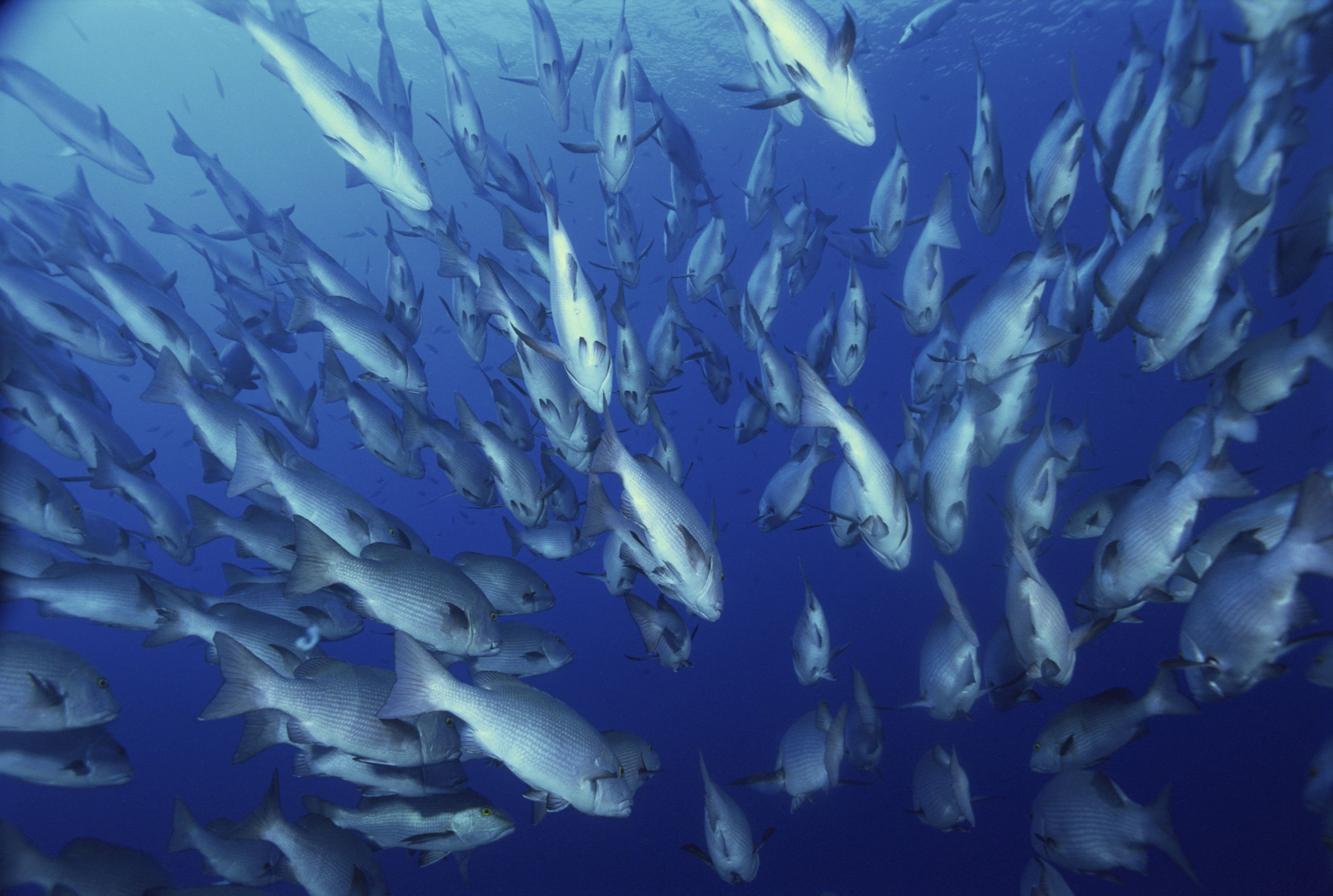 Insects and fish have an uncanny ability to navigate in groups. And they do this with no clear leadership

Looked at from above, it is as if the fish have one mind: as if they are using some kind of telepathy. One second, the fish are darting in one direction, the next, they are racing in another.

But for Scottish scientist Iain Couzin from Princeton University in the US, we don’t need a single collective fish shoal consciousness to explain how fish and animals like insects co-ordinate their spatial behaviour.

Advanced game theoretical models and the tracking of how the animals align themselves in space may be all that is needed.

»With these models we can see how the behaviour is co-ordinated, and we can see the waves of information transfer in the group,« he explained to a group of scientists at a conference on social insects in Copenhagen last month.

Experiments include introducing small robot predators into swarms of insects and measuring the changes in direction; tracing swarms of locusts with advanced software; and even manipulating the locusts’ vision.

In plague years, locusts can invade one fifth of the earth’s surface, so knowing how they change direction may find an important practical application.

»Our tracking software showed that at low density the locusts moved pretty much like a gas, but at higher densities they started moving together,« he explained to the audience of insect experts.

And it is not just locusts.

A slide in his presentation previewed his own unpublished work. It showed a photo of a crowd of people from above. Little arrows illustrated head direction and vectors of movement. From the arrows you can see that two experimental subjects in the crowd go against the flow, both looking in another direction. How will this affect the crowd?

The work is unpublished and Iain Couzin would not yet let us in on the answer. Indeed many of his models do not pretend to give the answer, but they still raise the question of how animals co-ordinate behaviour to a more intelligent theoretical level.

For example, his model shows that schools of fish have three concentric zones around them: An inner zone of repulsion, where fish are too close to each other and are repelled – a zone of orientation in which the fish co-ordinate their collective movement – and a zone of attraction where fish which are further away are attracted towards the protection of the group.

A surprising, tentative, result of his research may show that in schools of fish on the move, it is not the front of the group that is the most sensitive to direction changes, but the back. Information transfer and directional changes go from back to front.

Counter-intuitive, until you think about how fish may have co-evolved with predators which attack from behind.

»Don’t know« is a good answer

Some animal and insect swarms need to choose between two opposite outcomes, like two places to feed, or two strategies to escape a predator.

A finding hinted at by Iain Couzin in his presentation on fish shoals may be consolation to all of us who have a hard time making a decision one way or another.

»Naïve individuals may allow consensus, and the uninformed may make a contribution. Because they don’t know where they are going they actually help keep social groups together. And by grouping together you can solve problems that can’t be solved by the informed individuals alone«.

No need for musical conductor

I ventured to ask Iain Couzin afterwards what everyone who was not an insect expert must have been thinking: How far can human crowds and human traffic be modelled on fish and insects?

»There is a huge difference between humans and animals like ants and fish,« he said. »Humans haven’t evolved to be in large crowds: We are not adapted to cities. But we can still use the types of models for human behaviour,« he says, pointing to work by a colleague Dirk Helbing on human traffic, behaviour and crowd disasters.

A lot of human collective behaviour needs clear leadership or hierarchy: Large orchestras need a conductor to keep in sync, but not some types of social animals.

»People tend to think that animals are similar,« Iain Couzin says, »but animals can have a kind of distributed control. These groups are resilient and robust, even though no one individual is critical for the swarm function. They have a kind of transferable leadership«.