For Italian group, Vienna is a beginning 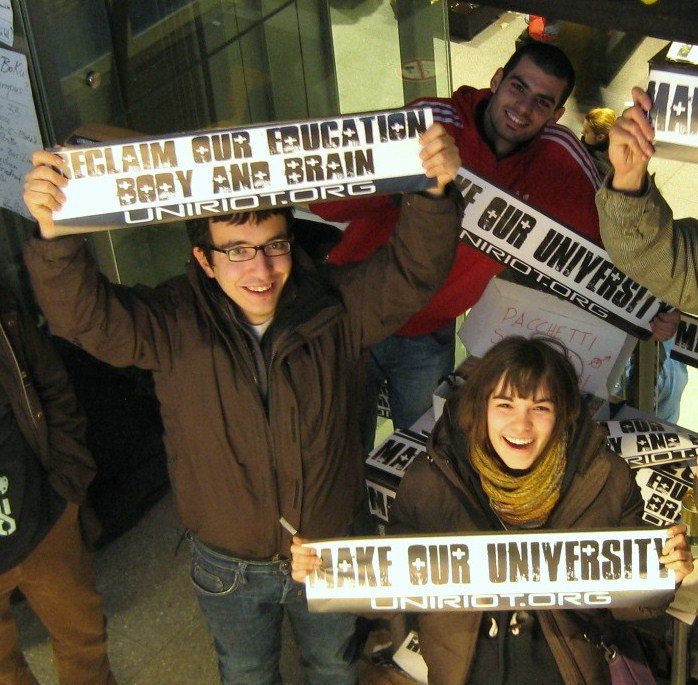 200 Italian activists turned up at the alternative summit in Vienna. Two of them plan to get organised in Rome

For some European students, now in Vienna to protest against the Bologna education reforms, the demonstrations, blockades and the alternative counter-summit in Vienna are just a beginning.

Like Frederico for example, a political science student from Rome and a member of the Italian ‘Uniriot – Network of the Rebel Universities’.

»I want to take some of the ideas to Italy and organize a similar summit,« he says.

While the official Bologna Ministerial Anniversary Conference takes place in Vienna’s Imperial Palace, students from Austria as well from other European countries keep to the alternative one: In workshops, panels and discussion groups they analyse and criticize the educational system and work on alternative perspectives.

»This is a great opportunity to exchange experiences in protesting, and connecting our struggles on an international level!« says Emanuele, another member of the Italian rebel university group Uniriot.

They are here together with 200 other students from several Italian universities, they say.

The Vienna counter-summit suffers from »too much going on. You don’t know where to go,« Emanuele says.

But he then hastens to add that »the various workshops and discussions are great! There is a topic for everybody, and people really get involved.«

After the demonstration on Thursday, Emanuele and Frederico, managed to get lost in Vienna, »but in the end ran into the blockades anyway,« they relate.

Like many other foreign guests, the two have stayed over night in the Academy of Fine Arts. Its portico is also occupied by a few Austrian students.

That has given them a chance to network, make political statements and a free place to stay.