For mentors, helping internationals is also helping themselves 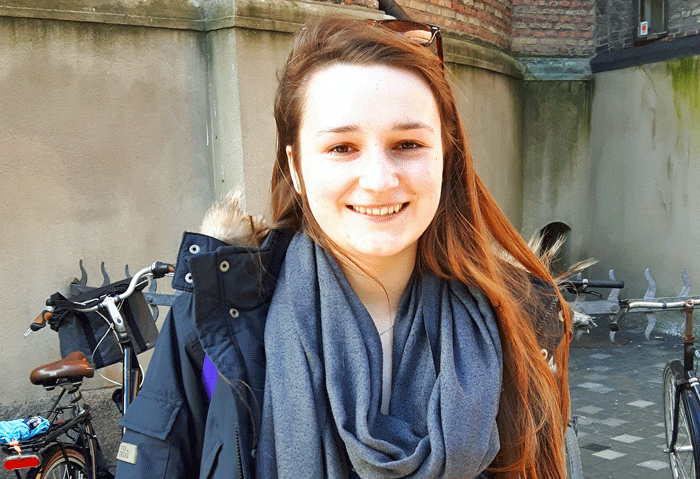 Alice B. J. E Jacobsen herself is studying to be a vet. And she is also mentoring new students
image: Andrea Svaneeng

It is designed to help others, but student mentors know that their network of international contacts is good for them too

Arriving in a new country to study can be a daunting experience. It is as if everything around you is behaviour, interpretation and pronunciation.

But using a mentor can help ease the transition. Mentors are students from the University of Copenhagen, that voluntarily help new incoming students learn the Danish ways. They help international students with things university-related, to other things like the difference between ‘Letmælk yoghurt’ and the actual milk ‘Letmælk’.

In 2015, 1,721 international students arrived at the University of Copenhagen, coming from more than 300 different universities. You can see a run-down of the statistics here.

At the University of Copenhagen each faculty has their own mentor unit, which, depending on the amount of international students per semester, organises events introducing students to each other and to the Danish way of life. The mentors, some are Danish students, some are international students who have been in Denmark for some time, act as a kind of manager to the new students. The new students, the ‘mentees’, can use their mentors’ student-expertise at their own will.

Alice B. J. E Jacobsen studies veterinarian medicine in her second year at the Faculty of Health and Medical Sciences, and is volunteering as a mentor for the third semester in a row.

“We are their ‘go to contact’. So when they first arrive they have someone to talk to. We can help them answer questions such as “hey what is this and why are the Danes doing this? We act as something in-between a friend and an authority,” Alice explains.

It is the little things, such as shopping in Danish supermarkets that a mentor most often gets asked about.

To resident ‘Danes’ the supermarkets seem perfectly organised, as they browse though signs saying ‘pålæg’ and ‘fjerkræ’, however, it is not easy differentiating between similarly packed items, such as skimmed milk and yoghurt from the same manufacturer, when you don’t quite master the Danish language.

“The experience of shopping in Denmark is quite new to some. You have to pack up in a hurry and get out of the way at the checkout before the next in line comes up behind you [as there is nobody to help you, ed.] And one mentee went to buy grated cheese and came home with grated horseradish instead, because they looked very similar and were placed right next to each other,” according to Alice.

Who is helping who?

In 2015, 2,276 Danish students went to universities abroad. Being a mentor in Denmark for international students is an advantage if you want to do that.

Not only does mentoring look good on a CV but it is also an opportunity for Danish students to gain a network of contacts all over the world. It might help them if they later want an international job or if they, for example, need to know the difference between ’chips’ and ‘crisps’ in England.

Alice herself is half Danish and half English, but she explains that her mentoring is not just about helping others, it will also help her.

“I have tried coming to Denmark, seeing it as a new country and being on the outside but I can also give a perspective on Danes though my own experiences as a Dane. However, I also wanted to create contacts because I want to study abroad later on in my studies.”