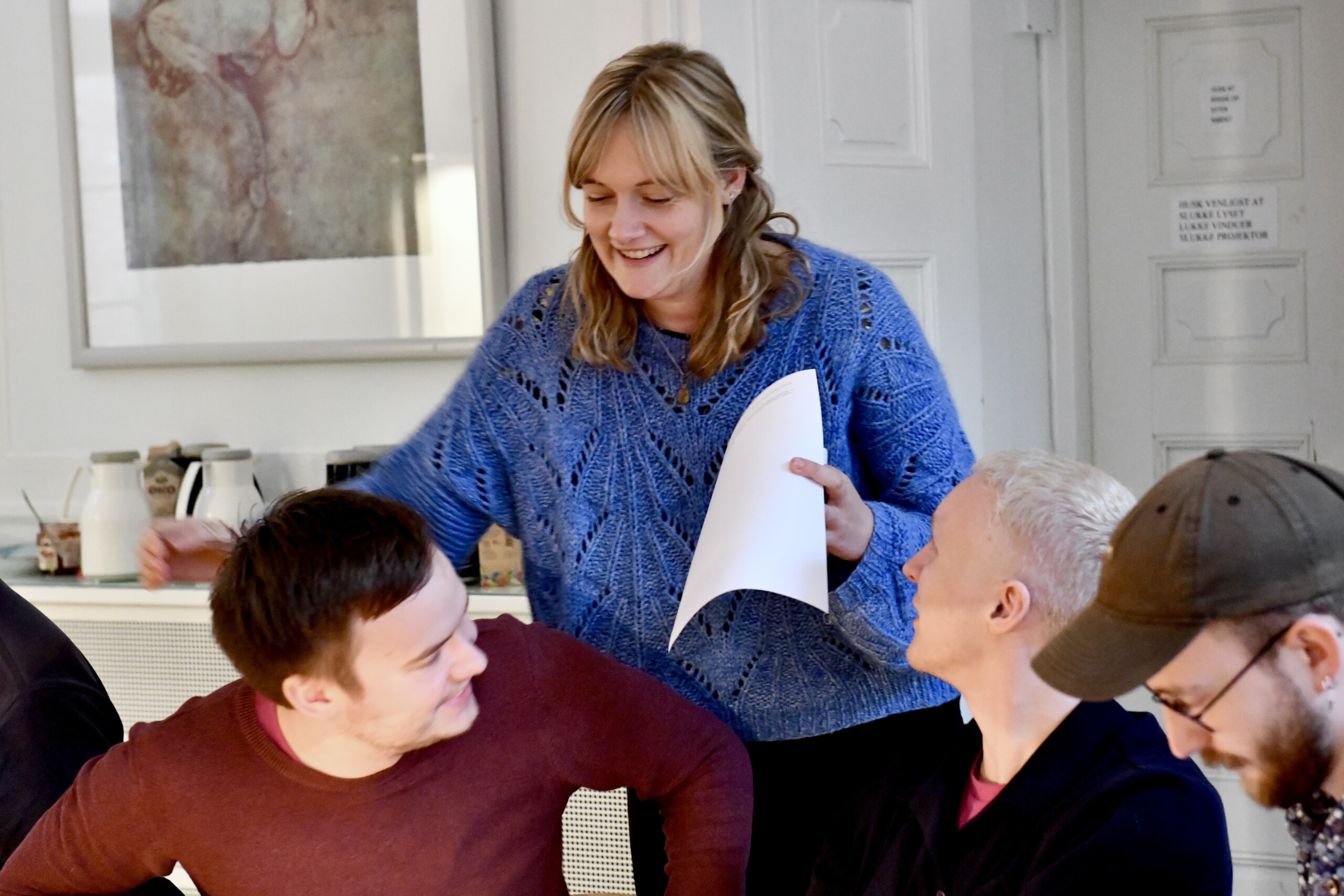 University elections — The Student Council's lead candidate Kevin Olesen has been elected to the the University of Copenhagen Board with an increase in winning margin.

»It is like a whole army,« one of the three candidates from Conservative Students says, when the Student Council troops into the room at the University of Copenhagen.

They laugh. Greet their competitors from the Student Council, ten candidates, with friendly hugs.

The candidates from the student organisations had met up to get the results of the university elections 2022.

The Student Council had bet whether they could get more than 80 per cent of the votes. In the latest election in 2021, they had a sharp downturn in voting percentage.

»We want to reverse this trend,« says Kevin Olesen, who is the lead candidate for the Student Council.

»We hope that it has worked that we have been visiting all the campuses and showed that we are here for the students.« Around 20 students and candidates showed up to hear the proclamation of election results.
image: Stine Kærgaard Nissen

The merry conversation among the candidates is interrupted by Mikael Rask Madsen, who is professor and chairman of the election statutes committee, and who welcomes them. The results of the University Elections 2022 are presented.

Kevin Olesen smiles. Takes a sip of his coffee as the names of the elected candidates for the boards of studies are read up.

Wants to fight for volunteer commitment

On 1 January 2023, he takes up a position on the Board for two years. He will join Anne Sofie Tranberg, who was elected last year and still has one year left.

»Now we are it. Oh, this is going to be good,« says Kevin Olesen and gives Anne Sofie Tranberg a long hug. 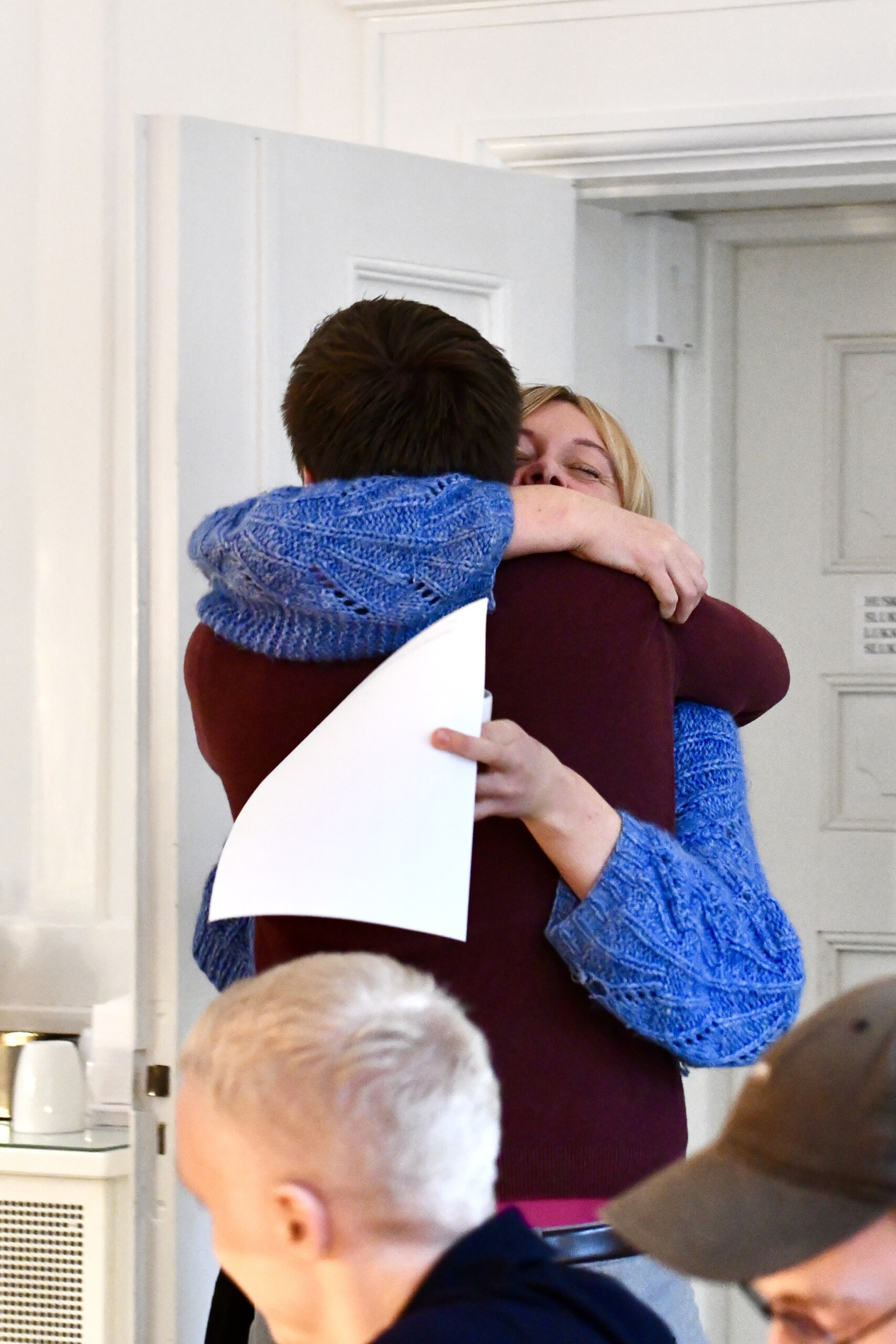 The election result is the culmination of several weeks of campaigning, which Kevin Olesen believes has borne fruit. 75 per cent of the votes went to the Student Council – including their supporting lists. This is an increase of about 15 percentage points since the last time.

»The goal was progress, so we’re pleased,« says Kasper Olesen.

Now he is now looking forward to getting started on the Board work.

He has two key issues. First, the University of Copenhagen needs to achieve its climate requirements. Second, there needs to be more focus on student volunteering.

How do you get the students to volunteer more?

»It needs to be easier to get involved. Students are already busy, so we need to work to make it clear that it is good for your well-being to be involved outside the classroom. It simply helps to fight loneliness.«

»It was historical last year. But I still think that we’ve had an impressive election,« says lead candidate of Free Forum, Kasper Stisen. 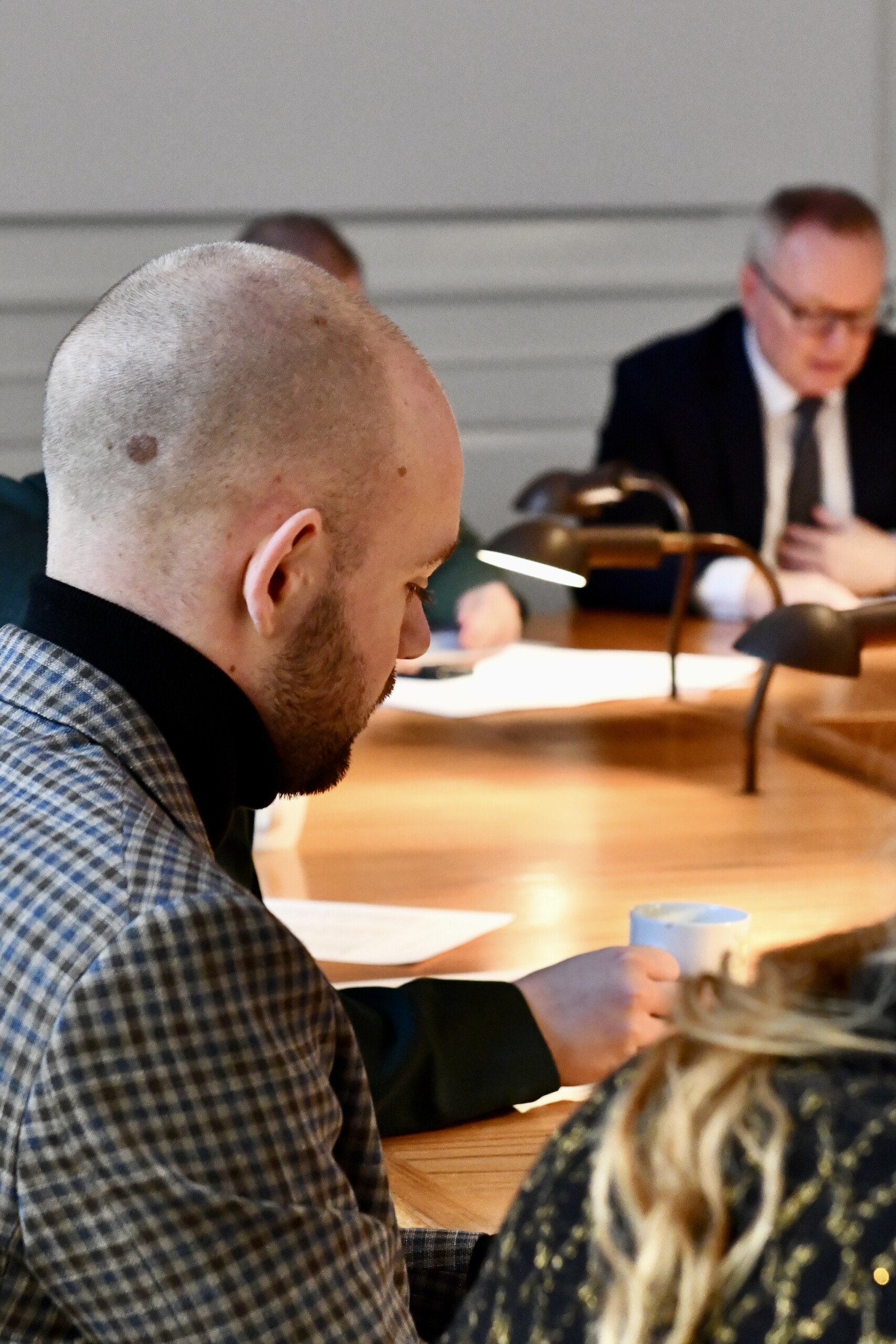 Now he hopes that the Student Council will work with Free Forum to improve social mobility among students, one of his key campaign issues.

In addition to the election results, the turnout was also published. 14.2 per cent of the student body voted. This corresponds to 5,885 students taking part. 507 of them submitted blank protest votes.

»Phew,« one of the students exclaims when the voter turnout is read out.

The turnout is a disappointment to the Free Forum lead candidate, Kasper Stisen. He says it may be due to a Conservative Students ‘coup’ of the academic council at the Faculty of Law. And that they at this place heard calls for abstention or protest votes.

»In student democracy, we need to encourage each other to vote,« he says.

He is interrupted by the winner of the election Kevin Olesen on his way out the door. They shake hands.

»Thanks for the good battle.«