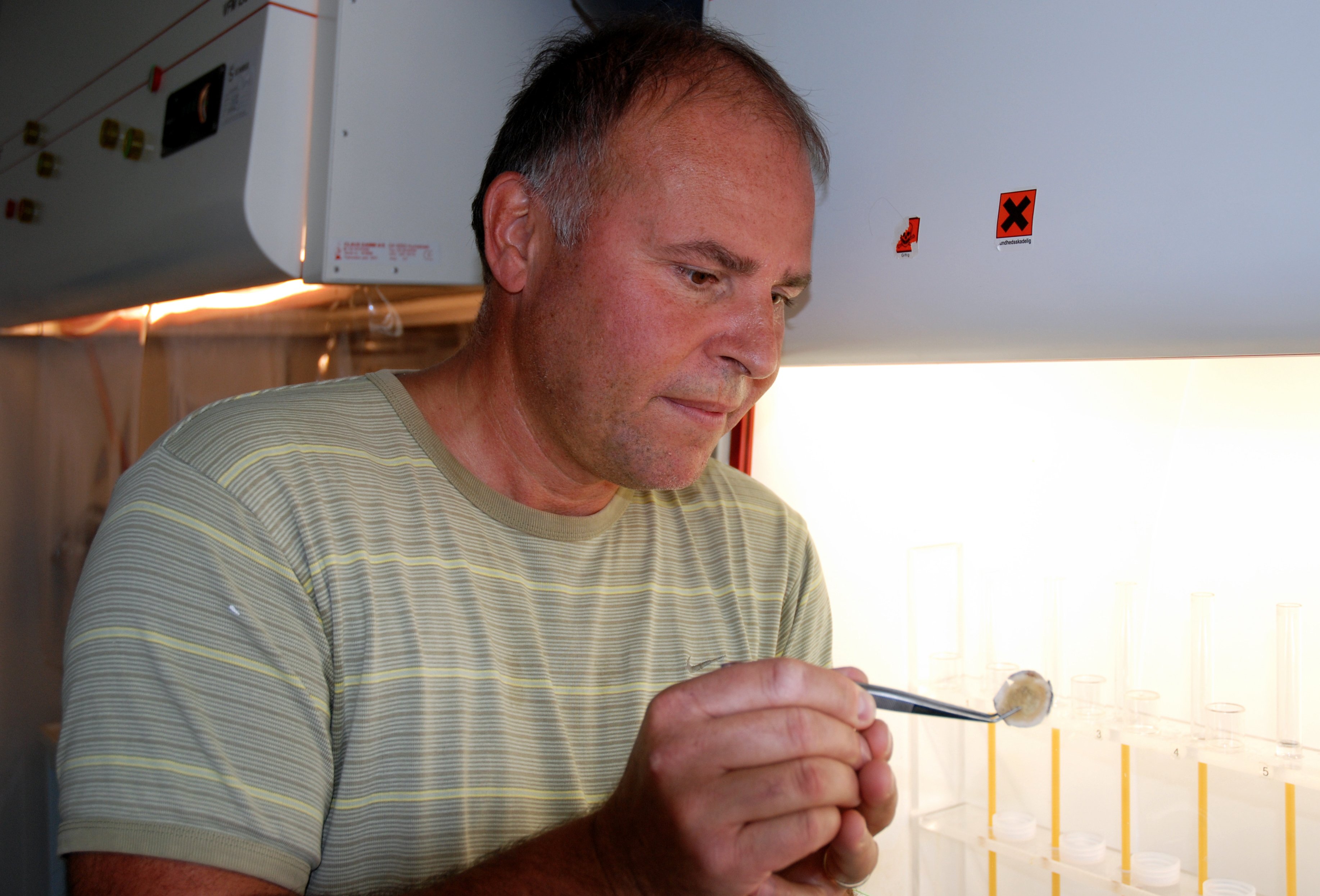 Robert Frei with the bone fragment he analysed for the Danish police
image: Peter Riddersborg

There were few clues for police to go on, when a group of scouts discovered a male human skeleton in Vestskoven, Albertslund in April last year.

There was no way of identifying the remains, which had been buried for several months. Police believe that the man was murdered.

Now, with the help of Robert Frei, Professor at the Department of Geography and Geology, the police are one step closer to identifying the victim.

From Greenland, not Asia

Preliminary tests indicated that the victim may have been of Asian descent, but Robert Frei has proved that the man probably spent the first ten years of his life in Greenland or Northern Scandinavia.

Robert Frei used the a technique called strontium isotope analysis to determine where the victim had lived.

Strontium is a naturally occurring element found in water and soil. The concentration varies in different geographical locations, and there are higher strontium levels in older geological areas, like Greenland.

The element is stored in the bones and teeth of humans, who ingest it in their food.

By analysing tooth enamel, formed in childhood, it is possible to analyse the strontium levels and determine where people were born and raised.

A bone analysis can show where the individual lived throughout his or her entire life.

Robert Frei has previously assisted police in his home country, Switzerland, but this is the first time he has been involved in police work in Denmark. Mostly, his work involved archaeological remains.

»At first, it was a bit macabre to think that the tooth came from a person who had been killed recently. But when I first got to work, it was not so different from analysing a thousand-year-old Viking tooth,« explains Robert Frei.

According to Steen Ørskov Larsen the shift of focus from Asia to Greenland has been a big help but, as yet, there is still no way of determining exactly who the murder victim is.

»We had hoped that someone would miss the victim, and come forward when we made the new information public. But now we must identify him the hard way, by going through a long list of names of all the Greenlanders in Denmark that could be the victim,« he says.

The victim is around 40 years old, 160cm tall and slightly built. He had short, dark hair and was missing all but one of his teeth. He also had a tattoo on his lower right arm, with the English word ‘love’.