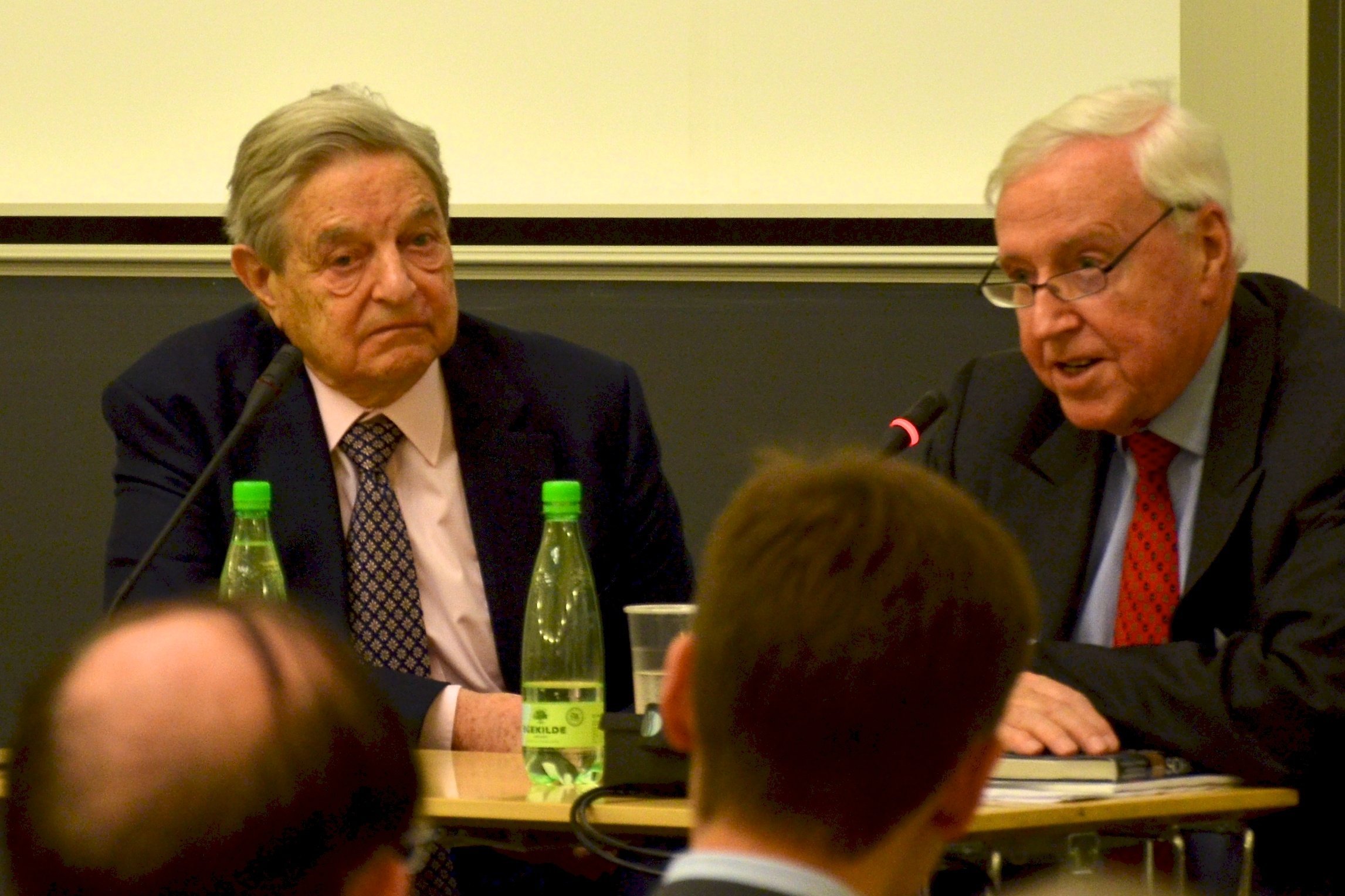 Billionaire financier and philanthropist compares the European Union to a financial bubble, saying some eurozone countries are like the ‘Third World’

»There is an analogy between the rise and fall of the EU and a financial bubble. And it reached its peak after the reunification of Germany and the release of the euro«.

When billionaire financier and philanthropist George Soros talks about the EU, currency and financial speculation in the same breath, you listen. He himself made billions speculating against one currency, the British pound, in the beginning of the 1990’s. Now, he used his unique perspective to talk about the euro at a closed meeting in connection with the opening of the University of Copenhagen’s Institute for New Economic Thinking (INET).

»The main problem,« he continued, »is that the authorities do not understand the nature of the problem. It originated as a banking system problem and it affected the eurozone like that. With Greece, where there is also a fiscal crisis«.

»Right now, the highly indebted countries inside the eurozone find themselves in the position of a Third World country. They have debt in a foreign currency, yet they cannot print their own.«

Later on in his talk he was even more explicit: »It is the first time that I see a real possibility for a Euro break up«.

Soros is not optimistic when it comes to the return of growth to Europe. »I think that the EU is facing a lost decade, similar to what happened in Latin America after the debt crisis in the 1980’s. Or even worse, it could be like Japan and stagnate for more than 25 years,« he says.

European leaders are not up to the task, according to Soros: »The authorities, unfortunately, do not understand the problem and are applying the wrong medicine. Angela Merkel is a strong leader, but she is leading in the wrong direction«.

Relating to his economical theory of reflexivity, he described markets as »unstable, with the trend to create crisis.«

»Regulations are also imperfect at a greater level than markets because they are bureaucratic and protect certain interests. They lag behind reality«.

Dark predictions indeed. But there is hope for the EU and the eurozone, he said:

»Making things look so dark is a way to attract attention to the necessity of doing something to solve the problem«.

Some ideas will help to solve the current situation, he reckons. »First, it will be necessary to go back to equilibrium. Second, there must be rational expectations, because the actual understanding of the problem is way behind of reality. Third, there must be an effort by politicians to recover EU sentiment and make people believe that the EU is an objective worth fighting for. Fourth, make a common and unified debt holding to manage the debt of all members, and impose austerity«.

All of this is related to what he said has been the best advice he ever got from his father during the German occupation of his native Hungary during World War II.

»There are times when normal rules do not apply, if you follow them, you will perish«.