Government wants to cut DKK 1,200 from the Study Grant 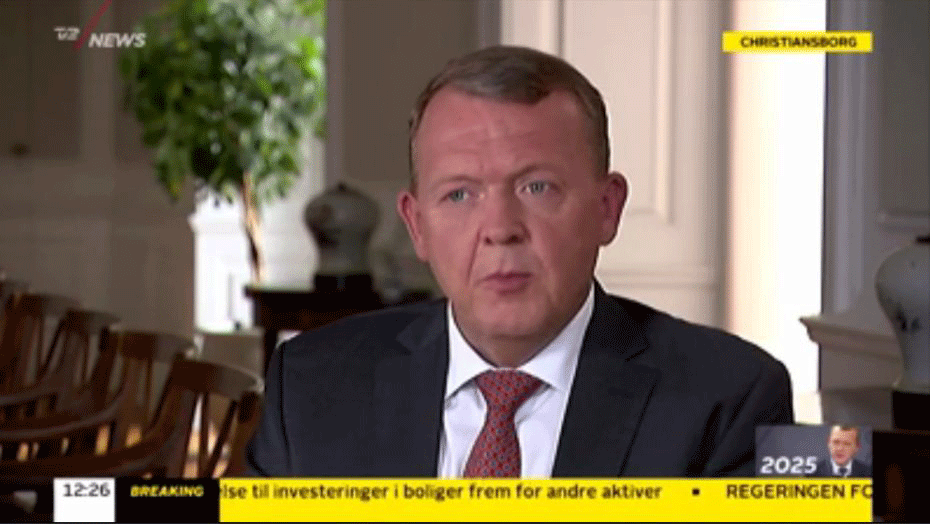 Venstre wants to reallocate the SU system so that loans will make up half of the students study grant. The monthly payment to students will decrease by almost DKK 1,200 before taxes

Students can look forward to more debt that they will have to pay back when they have completed their education.

That is according to the government’s 2025-plan that Prime Minister Lars Løkke Rasmussen presented at a press conference on Tuesday 30 August.

The government will thereby reallocate the SU (State Education Support) study-grant and interest free SU loans, so that they each make up half of the full amount that students can receive from the government.

The SU grant will also be limited to normative study period.

The Prime minister said that the cuts to the SU are fair to the students, who overall, including the SU loan, will have more disposable income than they do today.

“We continue to give Danish students such good economic conditions that their economic situation does not prevent them from being able to study,” said Lars Løkke Rasmussen.
A student who does not live at home with his or her parents currently receives an SU grant of DKK 5,941 before taxes per month and can also choose to take a loan of DKK 3,040 per month. They will now receive will receive DKK 4.753 per month – on the other hand they can loan 4,300 a month interest free.

The government is setting the stage for cutting the State Education Support, usually called the SU grant, with about 20 percent, so that students overall will receive one-fifth less in SU grants in across the span of their education, while at the same time making it easier to get a SU loan.

fewer students will choose to get an education

The combination of removing the possibility for students to get an additional (sixth) year of receiving SU grants and replacing part of the SU grant with a SU loan instead, will result in fewer young people deciding to get education, that prediction is according Djøf, a labor union that has 23,000 students as members.

“The government is placing a big part of the check on shoulders of future generations of students. Of course they cannot complain. But education and knowledge is Denmark’s biggest resource and I am very concerned about whether this new model based on borrowing money, will lead students to decide to let go of their dreams of getting an education,” Wenche Quist, Djøf’s chief of research and educational policy writes in a press release.

She bases her assessment on survey conducted among students in April this year.
It showed that almost 4 out of 10 students (36 percent) would consider not enrolling in a master’s program if the SU grant was reallocated to a loan for the last two years of their education.

In need of a robust SU-system

The Prime Minister justified the cuts to the SU grant by arguing that the system was facing pressure because of the growing number of foreign students that are seeking Danish SU grants, because the Danish system is more generous than similar systems in other countries, including our Nordic neighbors.

“There is some traffic that we have to get under control because too many of the foreign students go back home to their own countries after they finish their education,” Lars Løkke Rasmussen said at the press conference.

The Government will therefor also give students who have finished their education and choose to stay in Denmark, something similar to earned income tax credit in the first (few) years following the completion of their studies.

The rumors about cuts to the SU grant have circulated in past few months and the Prime Minister was already being accused of breaking his election promises before the press conference had even taken place.

During the last election campaign Lars Løkke said at a press conference on 1 June 2015 about his party Ventre’s (Liberals) youth initiative policies that the party did not have “any proposed bill(s) about changing the SU system, this applies to university students as well as the students who are living with their parents. No proposals whatsoever.”

On 3 June 2015 on the radio program ’Mads & partilederne’ Løkke highlighted that ” I stand by the agreement we have made regarding SU.”

The Prime Minister repeated that statement at the press conference where he presented his 2025-plan.

The SU reallocation will therefor only apply to those who start their education from the middle of 2019, meaning after the next election.

DKK 1 billion to the improvement pool

The government wants to reallocate DKK 1 billion from the SU reallocation every year from 2019-2025 in to so called ‘competence pool’ (improvement pool) where the focus is on improving the quality of education and business, vocational and trade related research.

“The Pool will be utilized for projects, development programs and specific efforts that improve the quality of the education system, strengthens business, vocational and trade related research and development and supports an improvement in our skills and competences to increase our chances of utilizing new research and technological advancements”, according to the ‘The plan for a stronger Denmark’.

“We have to create growth and jobs, we have to prioritize and use the money on improving the quality of education and vocational research instead of pasta for students. It is fundamentally about whether we want the world’s education system or the world’s best SU study grants,” she writes in a press release.