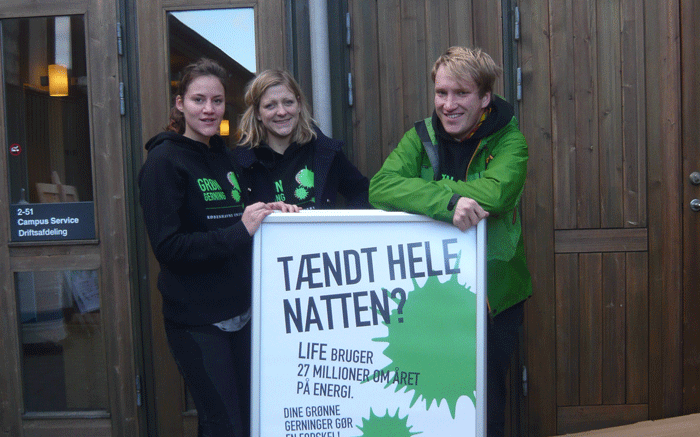 Sustainability initiatives at the University of Copenhagen affected by the round of cutbacks: Loses one to two student positions

Environmentally conscious students will have fewer opportunities to get involved at University of Copenhagen’s (UCPH) sustainability group in the future. This is after the initiative has cut back on paid student positions.

Green Campus usually employs several students to help out with green initiatives, but they will reduce these positions as a result of budget cuts, it says.

“In recent years, it has not been many students we have employed on a part time basis. We’ve had two to three people on an ongoing basis, but we are forced to reduce this number to one student on average,” says Anders Boe Hauggaard-Nielsen, Deputy Director of Campus Service.

Hauggaard-Nielsen does not believe that these reductions will have a huge impact on Green Campus initiatives, however, as they hope to move green initiatives closer to normal department activity.

In addition, the effect of the reduction in student part-time employees will be less visible because of other university cutbacks. For instance, Green Campus student employees will not be involved in this year’s Spring Festival, as they usually are, because the festival has already been cancelled.

There will be some visible reductions, however. “We will make a little less reporting going forward, but it will not be zero,“ relays Hauggaard-Nielsen.

Terrible situation, same all over university

Reducing the number of student positions at Green Campus was inevitable, given the university-wide budget cuts, according to Hauggaard-Nielsen.

“For me, this is a logical cost reduction,” says Hauggaard-Nielsen. “It’s a terrible situation, but we are forced into doing that. It’s the same cuts that are affecting almost 500 employees.”