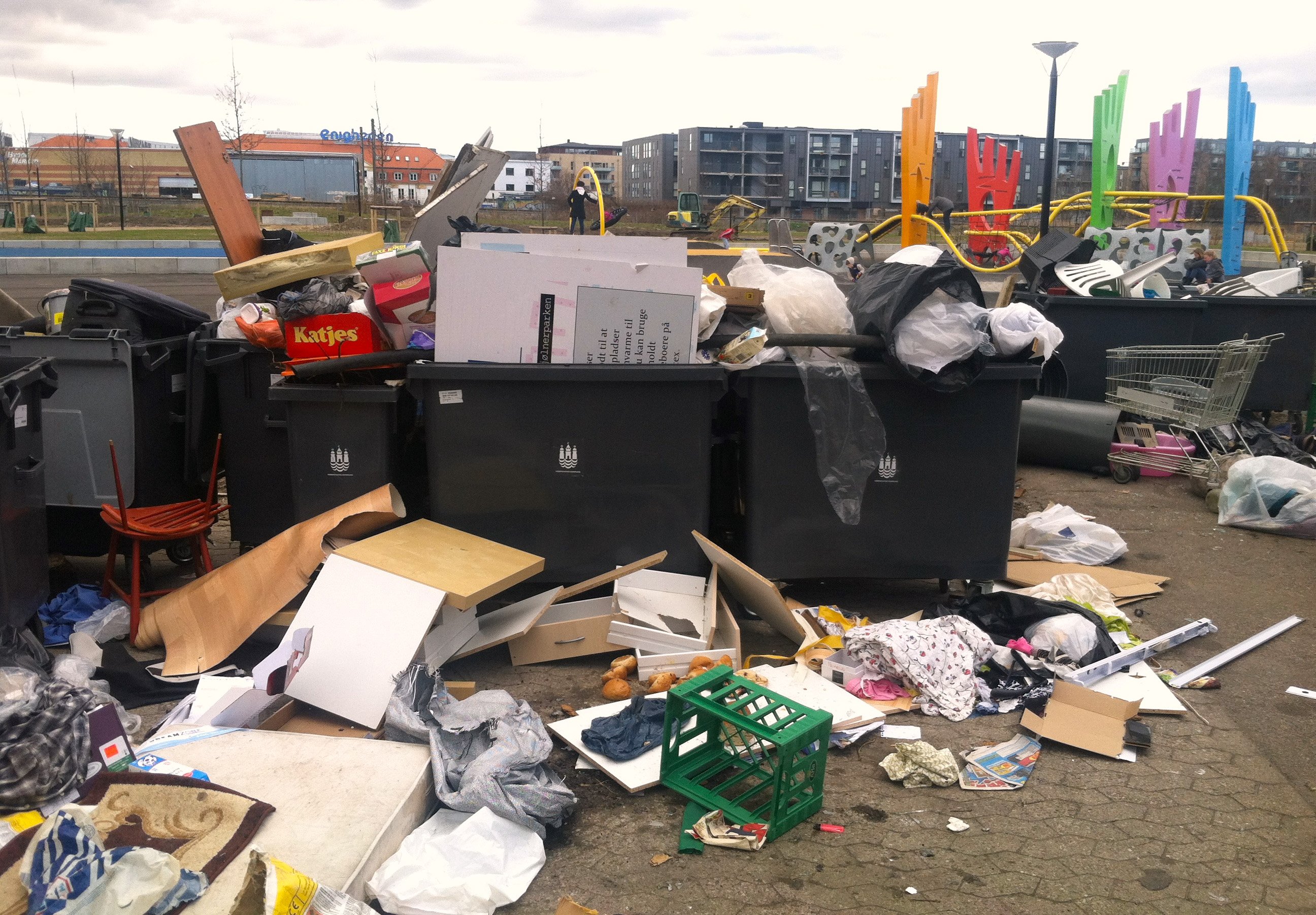 Confused about how to recycle in Copenhagen? You're not alone! Here's an easy how-to guide on what goes where

Recycling is one of the simplest and most important ways to conserve resources and diminish our environmental impact. However, recycling waste in Copenhagen can be a confusing experience for newcomers, leading many to end up throwing everything out in the trash.

We’ve produced this guide to explain the gritty details of what-goes-where so you can dispose of your garbage with good conscience.

1) Save beer, soda bottles and cans for the bottle return

Even those who make no other efforts to recycle still keep their empty beer and soda cans or bottles to return to the collection machines. You can see if they will be accepted by looking for the “Pant” label on the bottle. The “Flaskeautomat” or Bottle Return machines, can be found at most supermarkets and the larger grocery stores.

If helping the environment isn’t enough, you’ll get a couple kroner back when returning these bottles and cans.

The collection machine won’t accept certain glass bottles such as wine or liquor bottles, but these can be discarded in bins specifically marked for glass. These can be found sitting on various streets around Copenhagen, and are also sometimes provided in garbage disposal areas of most apartment buildings.

Plastic bottles which aren’t accepted by the return machine shouldn’t just be thrown in the trash instead. They should be empty and rinsed, and can be disposed of in a bin for “plastic bottles and containers” at a recycling center, if there isn’t a bin for plastics provided by your building.

Aluminum cans such as soup cans, which are not accepted by the return machine like beers cans, should go in a container specifically for metals (after being rinsed, of course.) Residential buildings often provide bins for metals, but if not, these can also be properly disposed of at a recycling center. The same goes for other metal items, such as bicycle parts, grills or steel shelving – all metal objects should be put in a metal bin instead of the general trash.

Is your mailbox constantly subjected to newsletters, phonebooks, magazines and other junk mail? These should go in a recycling bin for paper. Again, this should be provided at apartment buildings and other residences, but if not, the recycling center has a bin for paper too.

Old unwanted clothes and shoes can be donated to the Red Cross, which is a very nice thing to do. There are donation bins randomly scattered around the city, or these can be donated to a charity shop directly. Additionally, unwanted clothing items can be taken to recycling center to be put in a “swap center”, where others are welcome to take things they might need for free.

Old laptops, televisions, computer monitors and similar objects, should also be taken to a recycling center. They are usually dismantled, with recyclable parts such as plastics and glass sorted and recycled while potentially hazardous components are specially processed.

If you are lucky enough to find yourself in a situation where you can garden and grow things, you might have accumulated natural rubbish, such as branches and cuttings. If you aren’t able to compost these yourself, garden waste can be given to some recycling centers, where it can be composted. Partly as a result of this, some recycling centers give away compost for free to the public as well.

And thus the cycle is complete! Happy recycling!

Any extra tips or advice? Add on your own recycling tips in the comment field below.