He can sit in a bar, but not in a reading room on campus 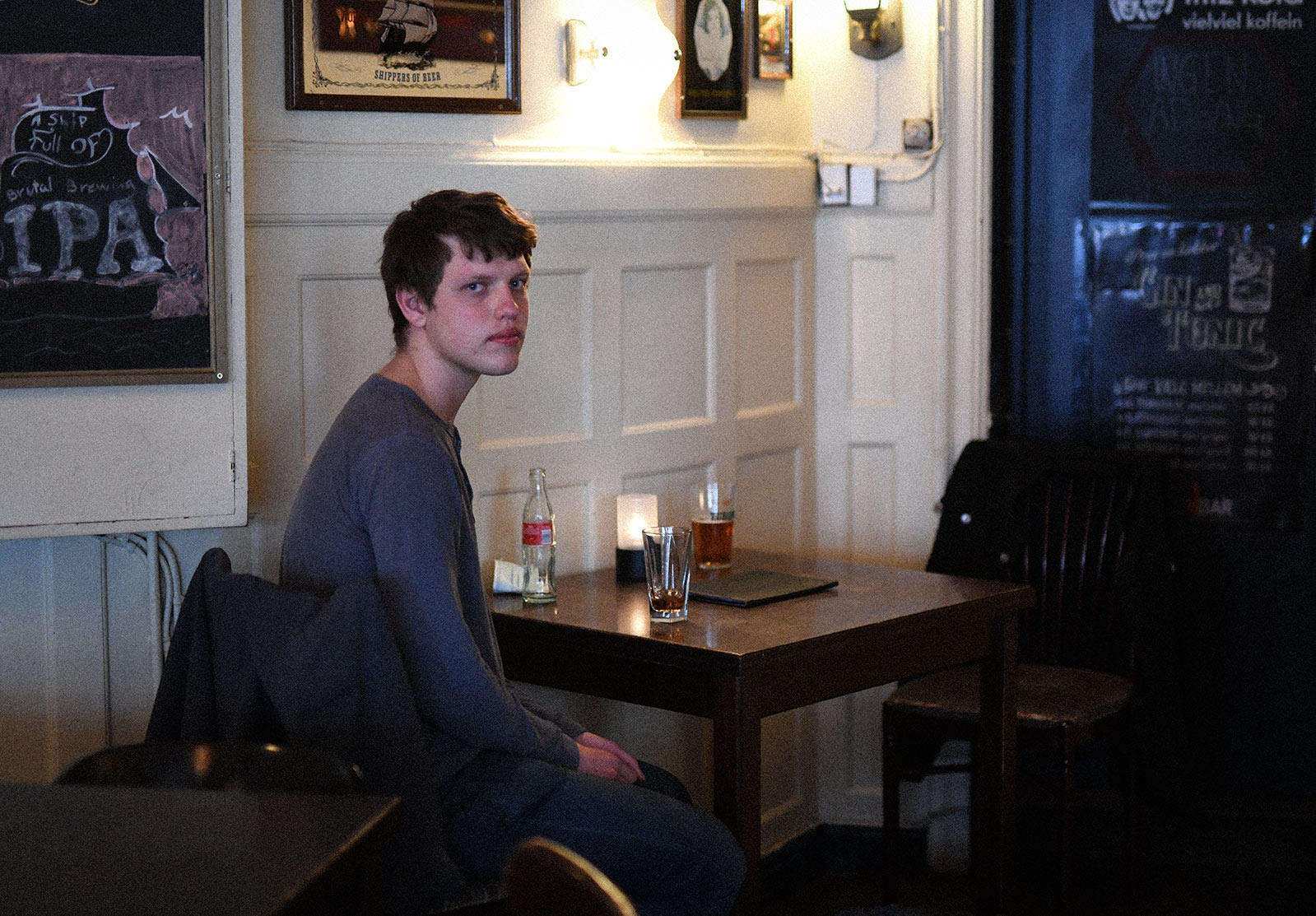 »I am not allowed to go to the reading room. I'm allowed to go to a bar. What is most important?« Esben Bjørn Salmonsen asked the Minister for Higher Education and Science on Twitter. Without getting a reply.
image: Rasmus Friis/Uniavisen

I want my daily life back, not a bunch of other stuff, says student politician Esben Bjørn Salmonsen. The Danish government and parliament are ignoring the loss of learning and well-being from the corona lockdowns. The University Post met up with Esben — at a bar.

Esben Bjørn Salomonsen has not seen his campus for more than four months.

As a fourth semester bachelor’s degree student he is not one of the students who have been prioritised in the reopening. In fact, it looks like he won’t see the inside of a classroom before the summer holidays — and according to the University of Copenhagen this will be the case for most students.

»Of course, you can meet up with your study group in private – and I do that too – but all the feeling of going to university disappears when you can’t go to campus.«

This had Esben Bjørn Salmonsen, a member of the executive committee for the Student Council at the University of Copenhagen, tagging the Minister for Higher Education and Science Ane Halsboe-Jørgensen on Twitter.

Five days later, he met up with the University Post at Trykbar in central Copenhagen to elaborate on his position.

»I just don’t get it. It proves that higher education programmes are not a priority. It’s grotesque that I can’t get my daily life back, but I can get my leisure time back,« he says.

He takes a sip of his coke.

It is 21 April, and Trykbar has just opened its doors after more than four months of hibernation. The tune of Sade’s ‘Smooth Operator’ reinforce a reopening optimism, while the bartender smiles under a mask:

It is, Esben Bjørn Salmonsen confirms.

It just doesn’t make sense that he can sit on a bar stool, when he can’t sit in a reading room, he maintains when the bartender left.

»It is clear that the Danish parliament prioritises the private sector and the economy more than the study programmes – especially higher education.«

»They talked a lot about the lack of well-being and the loneliness at university in recent years, but you do not solve this by keeping people at home. Then you get rid of the community feeling. There is simply not enough attention to the challenges of students.«

This bar could go bankrupt as a result of the lockdown. A university will not. Can’t you see the sense in prioritising what will be hit the hardest?

»Yes, if you only look at the financials. But you also have to deal with the lack of well-being and the backlog in terms of the academic part of the study programmes.«

Lost revenue is tough for companies, but you compensate for this with aid packages. It is more difficult to compensate for lost learning and wellbeing.

Lost revenue is tough for companies, but you compensate for this with aid packages. It is more difficult to compensate for lost learning and well-being. We are overlooking some huge losses that are taking place on higher education degree programmes right now.«

Esben Bjørn Salmonsen fears that there will be several effects from the shutdown:

There is an academic loss, says Esben Bjørn Salmonsen – many people risk becoming weaker graduates because they do not get the skills that previous year cohorts got.

He says that dissatisfaction could result in higher dropout rates in the wake of the corona crisis. And he is concerned for the voluntary associations and clubs. A normally vibrant study environment will collapse without them. 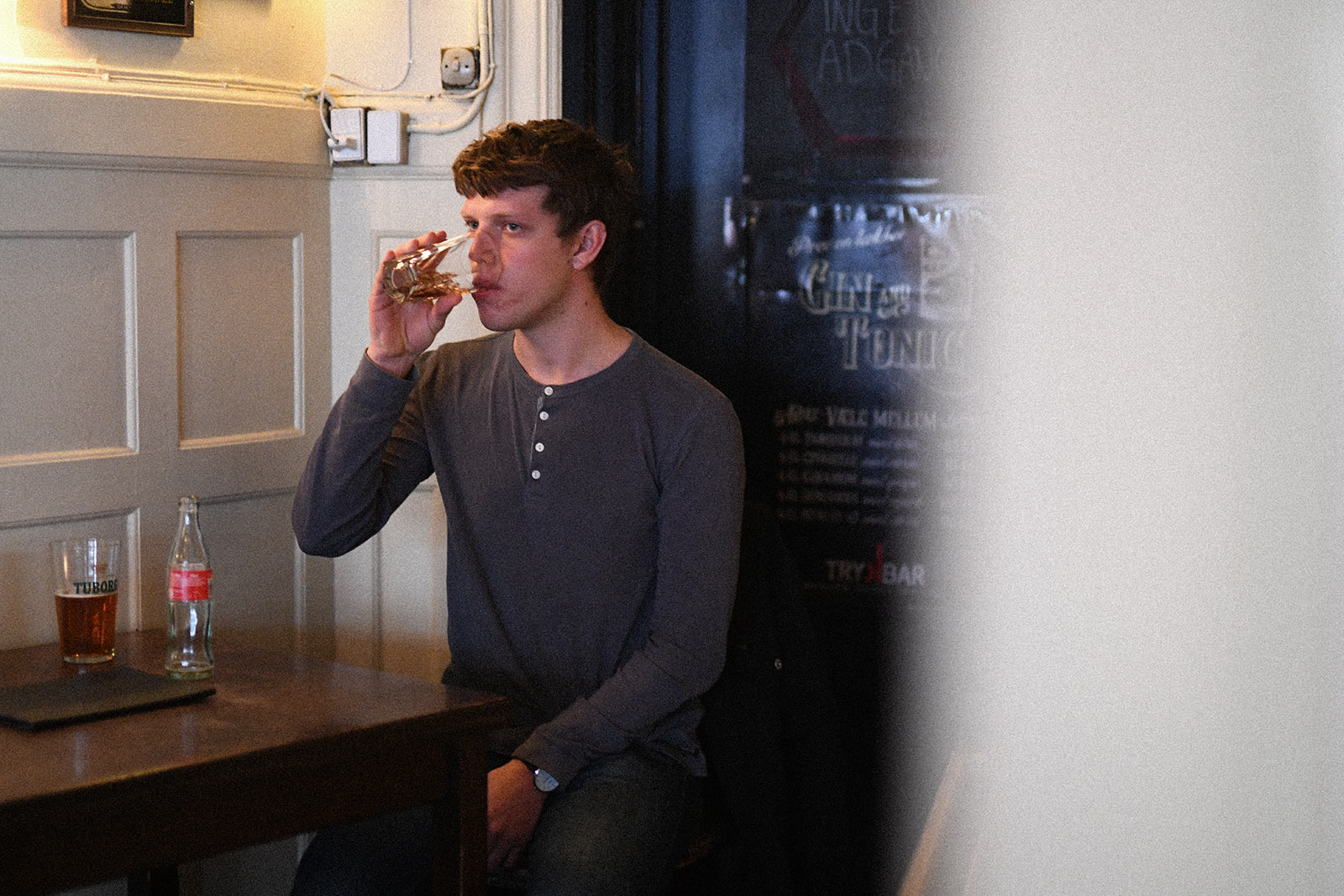 »It seems as if they have this notion that if we close down the campus, then there are no students anywhere.«
image: Rasmus Friis/Uniavisen

Some would say that students at university are whining too much. You do not have a high risk of becoming seriously ill from corona, and you have, to a large extent, the option to study from home. You must therefore accept that you are a long way back in the line. What would you say to the people who are of this opinion?

»I would encourage them to think back to their own time at university, because I think they have forgotten what it means to be a student. It’s about creating an academic community, and an identity based on your subject area. This is an extremely important process. In my experience, it is in the encounter with other people that the most important learning takes place,« says Esben Bjørn Salmonsen.

But is it not true that students at university are generally resourceful and are already used to studying on their own? It is probably one of those groups in society that can best handle a shutdown?

»We are relatively resourceful and have more opportunities, but this will not change the fact that there are huge problems with well-being among young people. This is a generation that has almost been forgotten. Yes, we are independent, but we also need a framework. I certainly do. I want my daily life back, not a bunch of other stuff. And this daily life has been broken down for a lot of people,« says Esben Bjørn Salmonsen.

I want my daily life back, not a bunch of other stuff.

»Of course university students can handle this better than a primary school student, and it makes sense that the vocational colleges open before the universities, because of the larger practical component of these courses. But more than four months have passed since we were shut down again. So this is a long time.«

We had to book a table beforehand to sit here at this bar, we had to show a corona passport when we walked in, and we can’t stay past 10pm. At the university, there are limitations on which students can return to campus. With the pandemic as it is right now, shouldn’t everyone just accept that they can only return slowly?

»Yes, of course. We can’t open 100 per cent tomorrow. But we need to look at the real consequences that students are facing because of the shutdown,« says Esben Bjørn Salmonsen. He says it is doubtful whether the reopening of the universities’ relatively large spaces would increase infections drastically:

»It seems as if they have this notion that if we close down the campus, then there are no students anywhere. But I bet many of my studymates will be sitting at a bar Friday night. There is a greater risk of being infected in a place like this, than if they had gone to something like a study council meeting out on North Campus,« he says.

»It is absurd that you can read up on the syllabus or meet with your study group in a bar, but not in a reading room.«

It has not been possible to get a comment from the Minister for Higher Education and Science Ane Halsboe-Jørgensen.

Get a weekly email with our latest stories