He has been ready for university, since he was 11 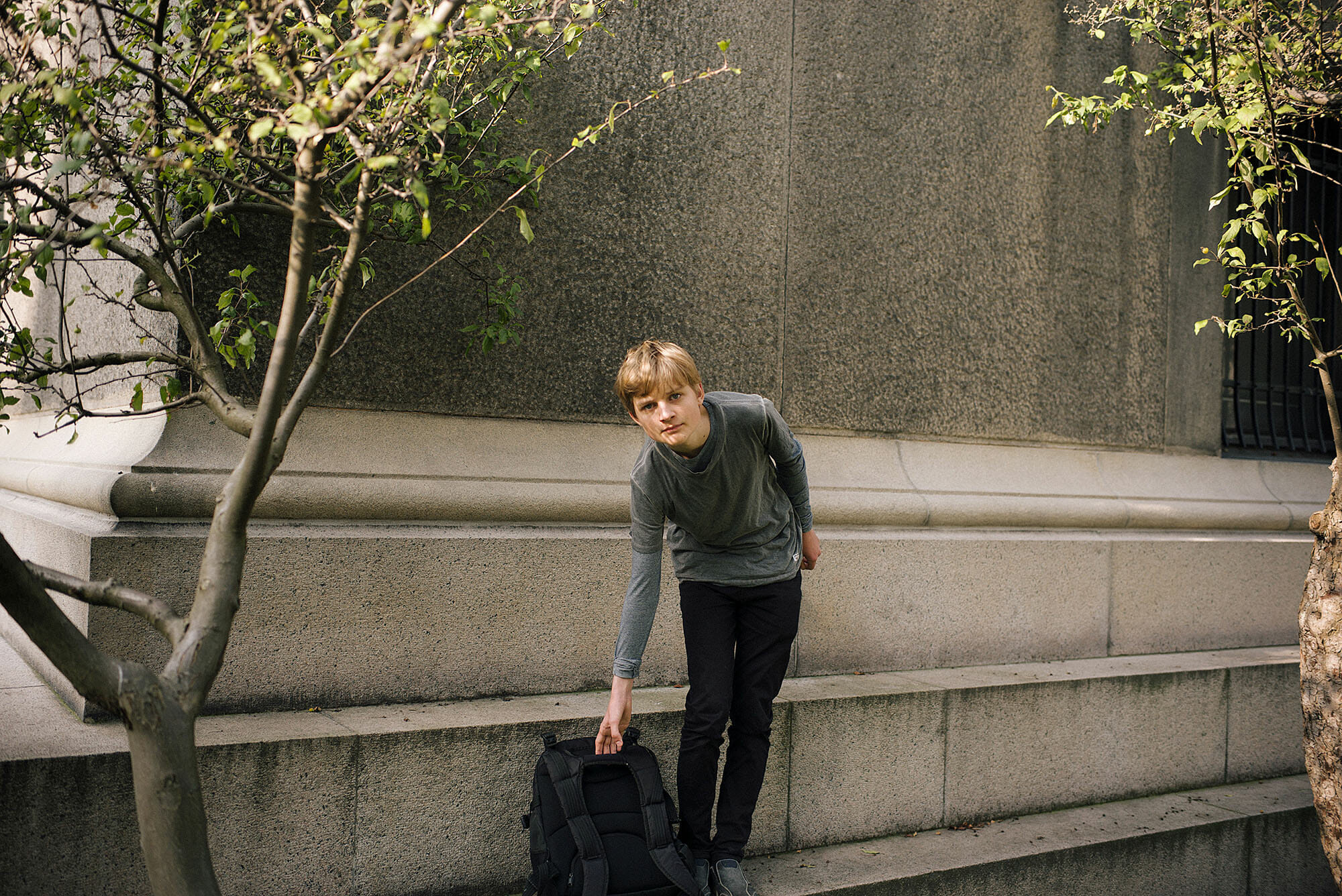 Max Fischer-Rasmussen is 16 years old and is the youngest student at the University of Copenhagen. There are no 17-year-old students. There are just under two hundred 18-year-olds.
image: Daniel Hjorth

Education — As a kid, he never learned the multiplication tables. But he caught on to quantum mechanics in fourth grade, and it took him three months to finish his Danish secondary school. Now Max Fischer-Rasmussen is the youngest student at the University of Copenhagen (UCPH) – and for the first time surrounded by people who also see the beauty of mathematics.

If anyone understands the value of a beautiful , it is Max Fischer-Rasmussen (16).

He has been aware of his particular interest in mathematics since the fifth grade of primary school, and today he is by far the youngest student at UCPH with the next youngest at 18. He started at the Department of Mathematical Sciences on 1st September.

My ambition is to do research in mathematics. [..] Whether I end up as associate professor or something else, this is not so important, so long as I have space to do research

Starting in fourth grade he spent his free time doing courses in quantum mechanics 1 and 2 at the Niels Bohr Institute at the University of Copenhagen. So he has had the time to figure out a response to fellow students that ask him why he is in their group, when he is so young.

“I just say how it is, and try to avoid long explanations. I study here because I like mathematics. It has become easier to explain now that I have done it so many times,” says .

Perhaps he is a mathematical genius, but he does not like the stereotype, because he is so much more than that. He does not hide that he is something unusual.

“When I followed the courses in quantum mechanics, the others in class wondered how I could understand so much of it beforehand being so young. Quantum mechanics 1, for example, was superfluous as I knew it all already, but quantum mechanics 2 was really interesting,” says Max Fischer-Rasmussen.

The struggle for identity

He has been ready to go to university since he was 11 or 12 years old.

“When I was 10, I thought about differential calculus, and one day I suddenly realized that I had found the formula to resolve arbitrary derivative equations. I thought this was brilliant, but I had just found a well-known result,” he says, saying that this experience helped shift his initial interest in physics toward mathematics.

“It showed me that I’m so interested in going ‘behind the formulas’ with the proofs, and that I’m more into mathematics. Much of physics follows simple mathematical rules, and I think it’s beautiful that you can deduce everything else from them, and that’s mathematics,” says Max Fischer-Rasmussen. Since then, he has just been waiting to be able to move on with his life. This has been a problem, as he has a deep need to be with others who share his interest. If he could not do what he is doing at the Department of Mathematics, he reckons he would have social problems.

“I saw it when I was in primary school. I got a full-blown obsessive compulsive disorder (OCD). At one point I washed my hands for nine hours. I cannot really know where this came from, but I suspect I was just so motivated at the time, and I felt so bored, and felt I had nowhere where I was comfortable. This may have triggered my OCD,” says Max Fischer-Rasmussen.

He never learned the multiplication tables in school – he was not motivated because he was not happy. He still does not know them by heart, but manages without.

“I have learned that my well-being is linked to doing something where I am both motivated, learning a lot and being able to develop my professional skills. Then I feel my social skills move also,” he says.

That’s why he likes university, because here he can be almost sure that others share his interests, and he can reflect himself in, and develop through, other people.

The good and the bad of intelligence

Max Fischer-Rasmussen gets many questions from other students about his young age, and they are particularly surprised that he already grasps so much of the mathematics.

He does not, for example, follow the introductory subjects, MatIntro and DisRus, on the first semester. This is in agreement with his instructors, as he knows all the material beforehand. He just has to go to the exam in December. Instead, he follows the subjects Analysis 2, Complex Analysis and Algebraic Topology, normally subjects for second, third and fourth year students.

Some mathematicians will tell you that pure or theoretical mathematics has an application in the real world, but they are lying

He does not like to be stereotyped as a genius, as though he were an “object of others’ fantasies of intelligence.”

“I do not want to be seen as someone who is good at everything, and much better than everyone else, because I do not think this is a healthy way to see yourself or others. I think you should be able to work together with other people, as one thing I know for sure. Intelligence means different things to different people,” says Max Fischer-Rasmussen.

It is a trait that has its downside. “You soon get bored with stuff because they become trivial, and the value of intelligence is often overstated, because there are other things that are also important for your performance. Like how interested you are in a task, and how much time you put in to it. In some ways, intelligence is not something you can use in isolation, and it can often be a bigger problem than a benefit,” says Max Fischer-Rasmussen.

During primary school he learned that, for him, there is a kind of mental treadmill. He should try to avoid it.

“Because I have a relatively good memory, I can understand it all and remember it, and then it just gets boring and I suddenly feel that I’m not interested in it, because if it’s so boring it’s not interesting,” says Max Fischer-Rasmussen.

»Most of the time was just waiting for the exam to be held. I did not go to class at all. I had made up my mind, that going to gymnasium would suit me really badly, as I would be pushed back in my development because I did not have anyone to reflect myself in. I was somewhere else,” says Max Fischer-Rasmussen, who himself found the loophole in the law, that enabled him to get his diploma with a 11.9 grade average on the Danish scale.

He passed on the traditional Danish intro ‘rus’ tour for the maths department.

“I thought I’m very young compared to the others, and it’s probably a lot of alcohol, and I’m not interested and I prefer to stay at home, and this decision I have not regretted,” says Max Fischer- Rasmussen.

Article continues under the picture 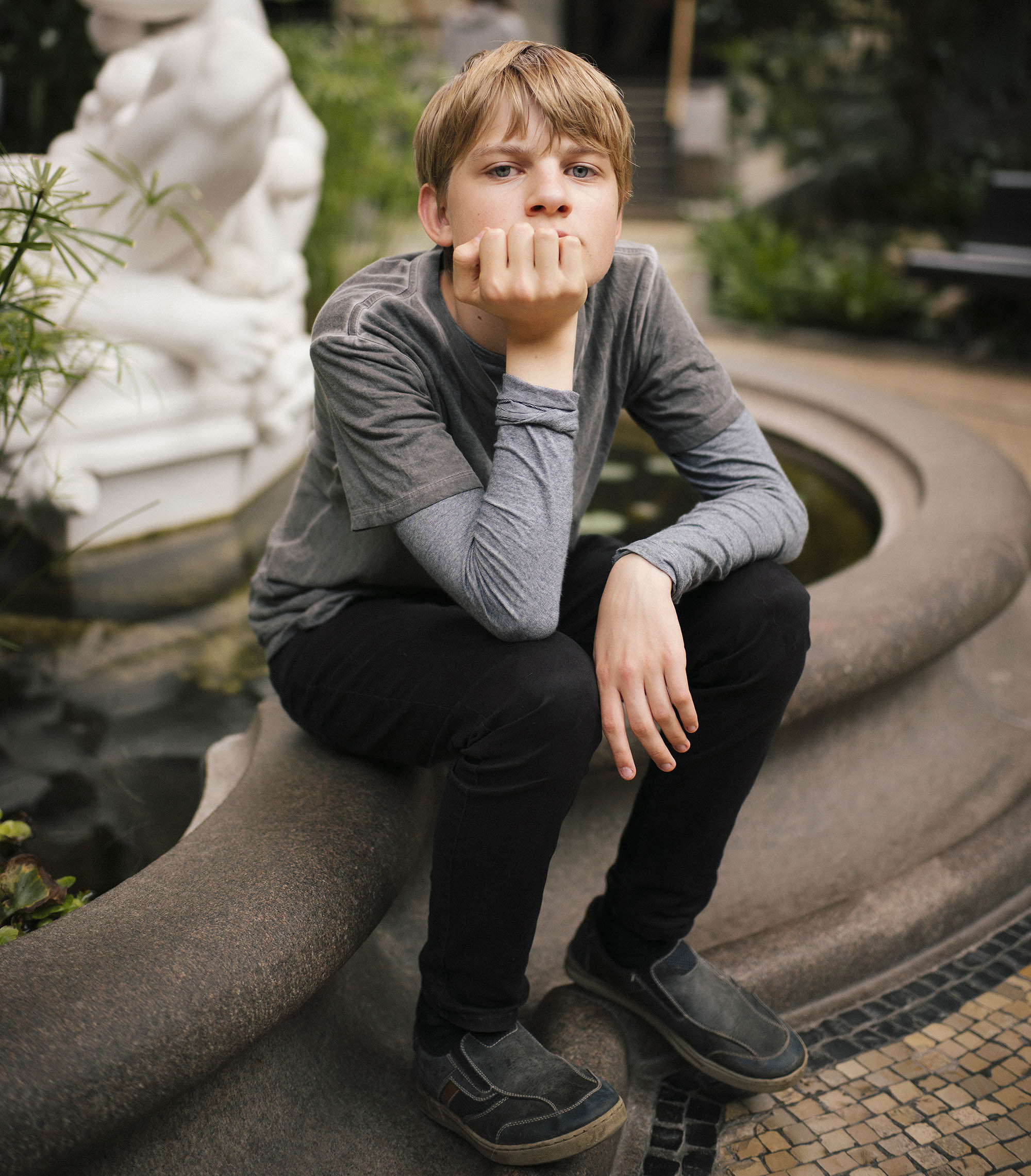 The joy of his mathematics he describes in terms of a kind of intrinsic beauty.

“It’s the beauty that I and many others find in mathematics – not being able to use it for anything real,” says Max Fischer-Rasmussen.

He has just described, for example, what the subject of Algebraic Topology contains. It is very abstract and nerdy. Researching university mathematics does not have much to do with the mathematics that other people use to build bridges or skyscrapers, says Max Fischer-Rasmussen.

Because I have a relatively good memory, I can understand it all and remember it, and then it just gets boring

Mathematics is not an art form, he reckons, but he would not be able to study math at university without thinking about the meaning of the subject.

“Some mathematicians will tell you that pure or theoretical mathematics can be used for something in reality, but they lie,” he says.

“Mathematics has a kind of intrinsic value for many. A coffee cup has a value because you can drink coffee from it, but some things have a value contained in itself,” he says.

Even on a scale of ‘intrinsic values’ mathematics is the least useful:

“You can say that a diamond piece of jewelry has an intrinsic value because it can be used for something. You can look at it, it’s beautiful, and you can therefore sell it. A diamond has therefore a true intrinsic value. In mathematics, it’s even more abstract, because here it’s just yourself that perceives something as interesting,” says Max Fischer-Rasmussen, adding that mathematical proofs are not even kept secret, because mathematicians rush to share them with others.

Mathematics is something you only do for the sake of mathematics, he believes, and you have to see – or feel – the beauty of it.

Wants to do research in math

Since his first years in primary school, Max Fischer-Rasmussen has primarily educated himself through self-study.

Now it has led him to the university and the theoretical mathematics that he is sure will be his future.

“My ambition is to do research in mathematics. I’m just interested in getting to a stage where I can do research myself, have time for it and be able to say, ‘well, now I can explore and find some new mathematics’. Whether I end up as associate professor or something else, this is not so important, just so long as I have the space to do research,” says Max Fischer-Rasmussen. 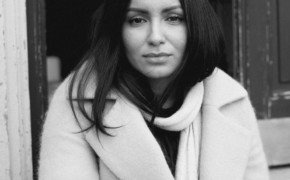 On the right, twisted, track