Health Faculty: We messed up, but no harm was done 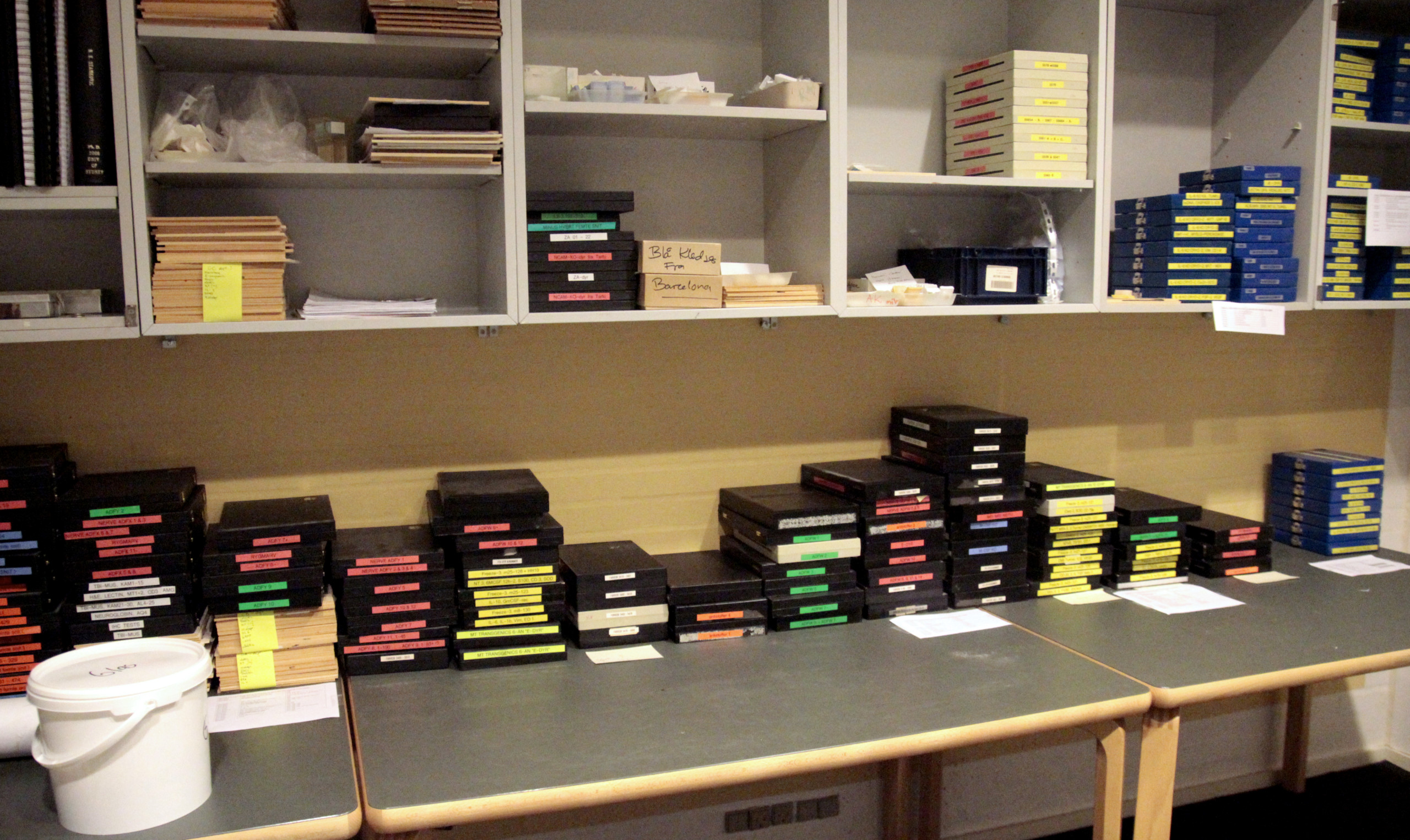 Some of the many boxes with tissue samples that an international research panel is looking at in connection with the Milena Penkowa case
image: Christoffer Zieler

More details have emerged surrounding the sudden appearance of scientific samples in the Milena Penkowa fraud case. Faculty director admits to minor mistakes: It was the Faculty that delayed. And Penkowa's name was, in fact, on the freezer

Director of the Faculty of Health Sciences Arnold Boon now admits mistakes in his rendering of what happened in connection with the appearance of Milena Penkowa’s freezer.

The chest freezer, which suddenly appeared last week, may, or may not, include key evidence in the ongoing investigation. It’s appearance came after assurances that all Penkowa’s research material was fully accounted for.

The faculty director subsequently made the claim to media and our Danish section Universitetsavisen that it was Milena Penkowa and her lawyer that were the cause of delays in the registration, and that her name was not on the freezer.

Freezer did have her name on it

Director of the Faculty of Health Sciences Arnold Boon now regrets what he admits is a mistake in this rendering.

»I was told that there was no name on it when the freezer was found, but after I have looked at it, I can see that her name is, in fact, on it, and this was a mistake,« he says.

Milena Penkowa can also prove that in fact her lawyer did immediately respond to whether she would be there when her data should be registered and moved in the summer of 2011.

Faculty was slow, not Penkowa

Arnold Boon had said that, »we made it clear to Milena Penkowa and her lawyer that we would move, register and catalogue her material. But in spite of several reminders in the space of several months we received no reply. The more that I am surprised by the sudden criticism from her«.

He admits now however that the Faculty was slow to inform Penkowa in the first place. The correspondence which Penkowa’s lawyer confirms is genuine, and shows that the lawyer, not the Faculty, tried to speed up the process of finding a date for the registration.

The outcome was that Milena Penkowa did not decide to help the case, including pointing out any chest freezers with samples.

The mistakes would not have happened if Penkowa had chosen to co-operate, says Arnold Boon.

»It was decisive for us, that everything was carried out correctly. So we would not touch the material, before Penkowa gave us permission. But of course the process has been delayed by the summer holiday and the size of the task. Dealy or not, the result was that Milena Penkowa decided not to help clear up the case, and this includes pointing out any chest freezers with frozen data. If the freezer had helped her case, she could have made us aware of it,« he says.

The chest freezer is not necessarily important to the case, reports Arnold Boon, and is a small part of the raw material that will be investigated by the international group of experts.