This is where youth housing will be built 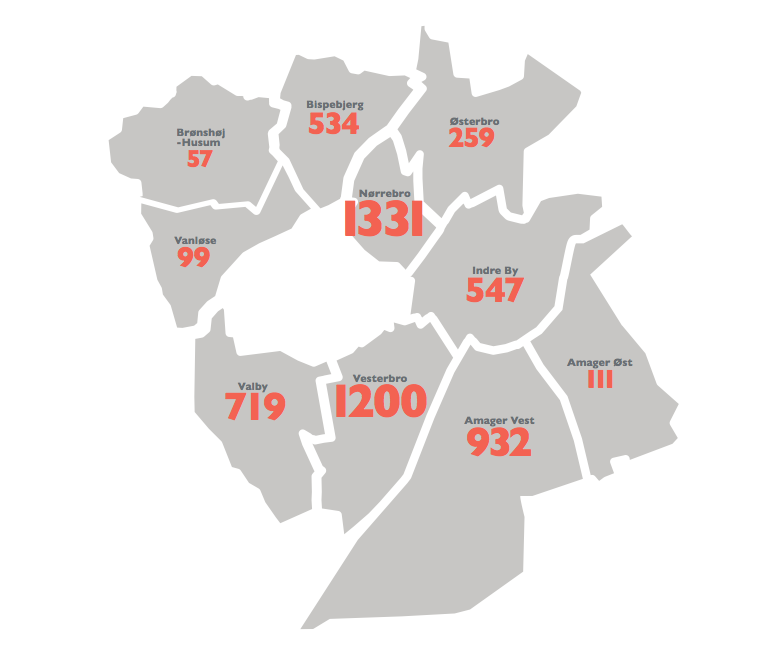 The map gives an overview of where new youth housing is being constructed in the municipality of Copenhagen.

Lack of accommodation — Ahead to 2020, 6,000 sets of student housing will be built in the Municipality of Copenhagen. Here is an overview of where they will be built

Copenhagen has seen a huge population boost and in September 2016, the city rounded 600, 000 inhabitants. Many of the newcomers are students moving to the capital to take up university degrees.

This trend looks set to continue – from 2015 to 2027, the city will grow by 17, 000 new Copenhageners in the 19-29 year age group, according to the Copenhagen City Council. This means a huge demand for more student and youth housing in Copenhagen and its surroundings.

Several initiatives have been made to ensure that more youth housing is built.  In 2016, the government adopted a new law in Parliament, which allows the country’s city councils to demand that 25 percent of new buildings are allocated to public housing in the new plans.

Since 2010, 3,000 sets of new youth housing have been constructed in Copenhagen

In addition to this, Copenhagen’s council has eased requirements for the construction of youth housing in the municipality, in particular with regards to requirements involving parking places and landfills, so that it becomes easier to construct youth housing.

Since 2010, 3,000 sets of new youth housing have been constructed in Copenhagen – including at Magretheholm in the inner city, and across several spots in Nørrebro, Valby and Bispebjerg.

An overview of where new youth housing has been constructed and where it is still in the process of being constructed.

Frank Jensen: There is enough housing

Recently re-elected mayor Frank Jensen has helped to ensure that more youth housing will be built in Copenhagen ahead to 2027. In 2016, the University Post interviewed him regarding the housing situation in Copenhagen. At the time he said:

“Today there are over 11,000 youth housing in the municipality of Copenhagen, and our target is to secure a further 6000, so that in 2027 there is more youth housing per young Copenhagener than today. But the target is not to build youth housing each time a young person moves into the city, because studies show that the majority of young people prefer to live in the ordinary housing market, and that young people often live together in ordinary apartments.”

Has the city become a place for the educated with money in their pockets?

“I want a mixed city, where the bus driver and its students can live next door to a lawyer and a CEO. But there is a global trend where cities are growing and that sends housing prices skyrocketing – also in Copenhagen. Therefore, we’ve made sure that there’s space to build 45, 000 accommodations, of which 9,000 is public housing, so that there is enough housing.”