Highest grade possible no longer required for any UCPH program 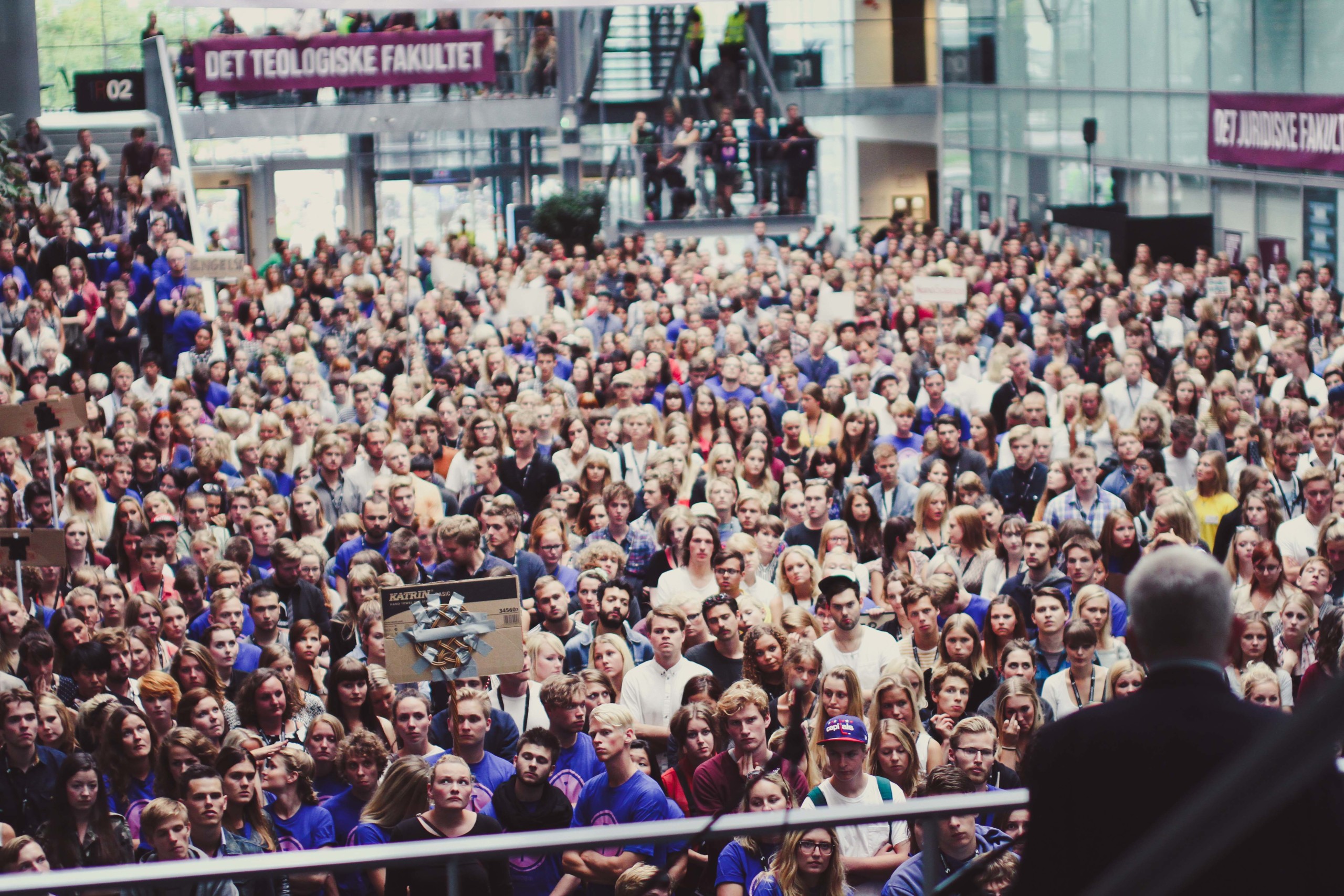 ADMISSIONS - 7312 people were offered a study place at the University of Copenhagen Saturday. Here are the grade point averages required for entry this year

There was undoubtedly a great deal of nail-biting in front of computer screens when the clock struck midnight Saturday and more than 94,000 people found out whether they had been accepted into tertiary education in Denmark.

No studies require over 12

Last year, it made headlines that even several shining 12 grades – the highest in the Danish secondary school system – were no guarantee of a place at UCPH. This year, the average entry grade for Molecular Biomedicine dropped to 11.9. It thus remains the course with the highest entry requirement, a figure which only 62 people lived up to this year.

It has been a tough year for the Humanities, which had to say farewell to five study programs in the spring as a result of squeezed finances and government budget cuts. After the summer vacation, the Faculty will face another round of cuts, but this has not put off ambitious students from applying to Humanities programs.

19 out of 32 Humanities programs have increased their entry requirements, while only 8 studies have declined in average. Linguistics, the study of human language, saw the biggest jump in academic criteria – from a grade point average of 8.2 to 9.5, despite the fact that applicant numbers remained approximately the same.

Rhetoric also continues to be popular: last year, the average increased from 7.5 to 10.0, while this year it went up another notch, from 10.0 to 10.3. But no study program came close to the average grade of the most competitive Humanities study, which was once again Film and Media Studies, which requires an average of 10.8 (against last year’s 10.7).

Humanities’ entry requirements must seen in light of the closure of several programs and the Faculty’s reduced student intake as a result of the government’s “dimensioning” strategy. 236 fewer applicants were offered study places than in Humanities last year (2073 this year against 2309 in 2015).

Molecular Biomedicine is not the only program which boasts a high average. Faculty of Social Sciences houses Psychology, which this year received 232 applications. Meanwhile, every student applying as a quota 2 applicant – an alternative entry pathway which considers factors beyond grade point average – must hold an average of 11.5.

In September, the old municipality hospital which today houses the social science programs will be filled with an ambitious flock of fresh students. All of the Faculty’s six programs have higher entry requirements this year than in 2015, where Economics showed the most significant increase with its requirement of 8.1 against last year’s 7.0.

The University of Copenhagen has since announced that the so-called “dimensioning” strategy – the government’s decision to limit study places in those programs which are believed to generate less employment – has led to a drop in student intake.

However, there is still hope for those applicants who, at the strike of midnight, were disappointed to learn that they didn’t score a spot in their dream program – there are still free places across a range of studies.

UCPH has offered places to 7312 prospective students, meaning that there is a minimum of 128 free places remaining. ‘Minimum’, because the current offers do not represent which students have accepted their place, and each year, some of them end up saying ‘no thanks’ to the offer.

The Minister of Higher Education and Science represents the coordinated intake and next week will send an overview of the free study spots. In the meantime, those who are keen to scrutinize the numbers can find the grade point averages for each course by clicking the attached PDF-file under UPCH’s grade point average requirement.