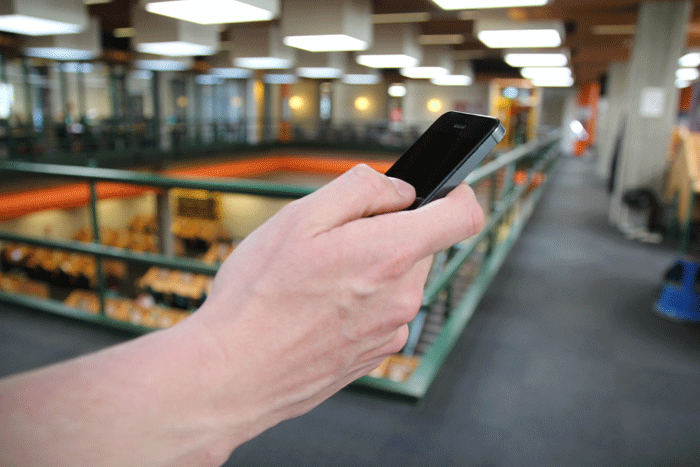 Students will soon be able to predict exactly where eduroam is working around campus and where it isn’t.

Associate Professor Katarzyna Wac at the Department of Computer Science DIKU, University of Copenhagen (UCPH) is looking into user experience, both qualitatively and quantitatively, and is currently leading the Quality of Life Technologies research in DIKU’s Human-Centered Computing (HCC) section.

Her predictive model of network preferences based on these data will be able to tell people which network is best in a specific location and at a specific time. “Ideally, I would like to be able to predict, at any point in time, wherever you are, what to expect from wifi and mobile networks,” says Wac.

University of Copenhagen’s preview of the stats on wifi and data connection around select UCPH campuses and study areas are now available here.

Wac is assembling a team of students to measure the strength of the eduroam network, as well as the strength of mobile networks in the area. Participants in her study use smartphones that operate Android OS to collect data on the performance of whichever network the user is connected to through an installed app.

Since coming to University of Copenhagen, it has become apparent to Wac and others that the wifi around campus is problematic for students and faculty.

“The University of Copenhagen doesn’t have it’s own network. In other places, universities do have their own network, and eduroam is a value added,” says Wac.

A precursor to the full network study will be published exclusively on the University Post in the coming days.

While Wac’s work is more generally focused on network performance and connectivity, Wac has heard students complaining about the wifi around the university, specifically on the city center campus.

No more WiFi ‘not-spots’ at KUA

Marius Alt, a Master’s student at UCPH, experienced a lapse in the internet prior to an assignment hand-in.

“I had a deadline the next day, and the internet was not working properly for 3 hours. It really hindered my working process, but I noticed that it was far better when people left the library in the evening,” recalls Alt.

Wac suspects that problems with the eduroam network go largely unresolved because of the relatively cheap prices of mobile data.

“Students even stop trying to connect, and people don’t complain because they can just use regular mobile data,” says Wac.

She hopes that mapping the eduroam’s coverage around campus will increase awareness of the problem, and hopefully improve it.

Wac has collected raw data measurements for eduroam around UCPH campuses, but she will need to create maps to make the data user-accessible. In addition, she is looking for students to participate in her research.

By becoming part of her living lab, students will be able to help understand eduroam’s performance, as well as help improve it through increasing awareness.

Students can become involved in the project here.

University of Copenhagen’s preview of the stats on wifi and data connection around select UCPH campuses and study areas are now available here.