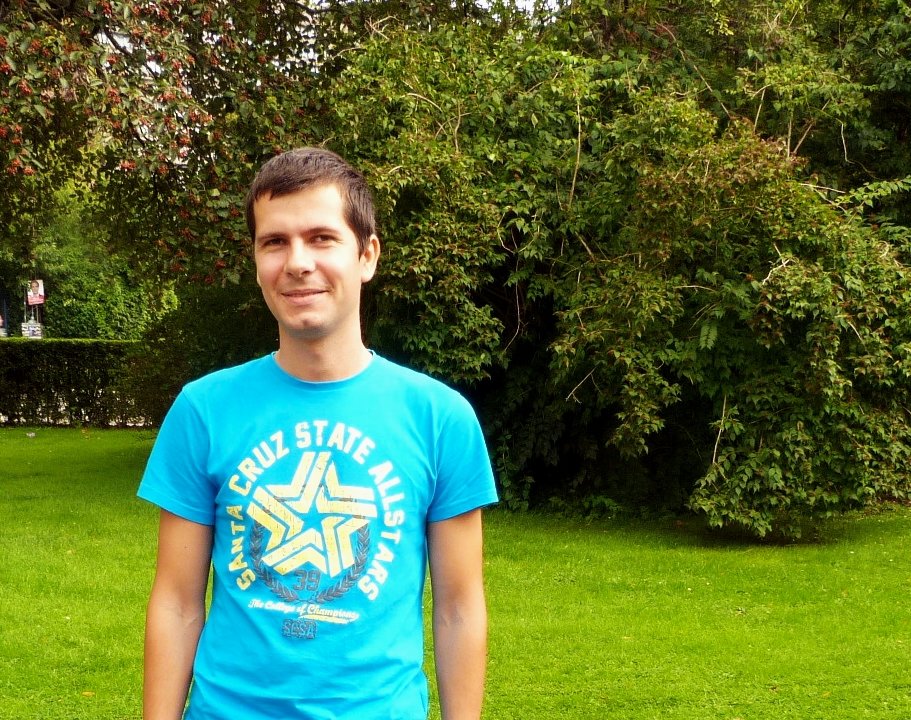 Sorin and his girlfriend have been having a hard time in Copenhagen finding a roof over their heads
image: Alberto Cereser

When they finally found an apartment in Copenhagen, it was a scam

Finding a place to stay in Copenhagen is a hard job, especially if you have no idea of the local housing market. But the story of Romanian students Sorin Pirau and his girlfriend makes your normal housing stress seem like a relaxing beer in the hot tub.

When they were admitted in May 2010, the University told them that they would not help them to find a place to stay.

So they followed the standard procedure: They set up an account on the main renting websites (Boligportal, dba and Lejebolig) and signed up for the dorm waiting lists on dorm organisers CIU and KollegiernesKontor.dk.

»We arrived in Copenhagen in August and we hadn’t received any offer in the meantime. We had an offer from a dorm later in December, but we could’t accept it because at the time we had a place to stay, and we could’t leave it without losing the deposit,« Sorin says.

So this spring he and his girlfriend started to search a new place.

»I got more than 150 rejection e-mails on Boligportal,« says Sorin. »The only positive reply I had was from a Danish woman, who showed us her apartment and told us that she was interested in renting it to us.«

When they met to sign the contract she told them that the apartment was owned by her and her father and that she wanted to rent the place because she was starting an internship in Germany.

»A condition of the contract was that we had to pay three months deposit plus three months rent in advance. In total, it was DKK 25,000,« Sorin says.

»It is a lot of money. But we had to pay the same when we moved to the apartment where we are living now, and so we thought it was fine. She asked us to pay her on the very some day. I told her that it was not possible, because of problems transferring the money and so,« he adds.

Had no right to sub-let apartment

The contract was accurate and it seemed fine. But when one of his Danish friends checked the address on krak.dk, the name of the owner was different from the name of the woman they talked with.

Sorin and his friends tried to understand what was going on:

»It was a housing co-operative, and we called them. They told us that she in fact had no right to rent the place. Moreover, the actual owner of the apartment had tried to kick out the woman we talked with, because she violated the contract by smoking, ruining the furniture and having pets«.

Things went from bad to worse when Sorin asked the woman for an approval of the renting by the housing co-operative, and she forwarded him a faked e-mail saying that everything was fine.

Need a counsellor for Master students

»We have been lucky to find out there was something wrong with the contract: Many friends told me that they would have paid the money on the spot«, says Sorin.

»This is what you do when you are desperate. And these things are harder for the internationals. For example, I didn’t know anything about the housing co-operative system. In my country you are either landlord or tenant, and there aren’t other possibilities!«

Pirau is surprised that the housing co-operative did not consider what happened to him as a problem. That said, he hasn’t notified the police.

He doesn’t want to have troubles with the Danish legal system, he says, after all their problems with the Danish housing market. When the University Post queried this, he simply replied with indignation:

»I don’t have the time and money to solve this problem«.

The University should have at least one housing counsellor for international Master’s students, Sorin suggests.

»In my case it would have been great to have someone I could ask to have a look at my contract, and to tell me what a housing co-operative is and so forth«.