How convenient! 9 out of 10 scientific conclusions on target 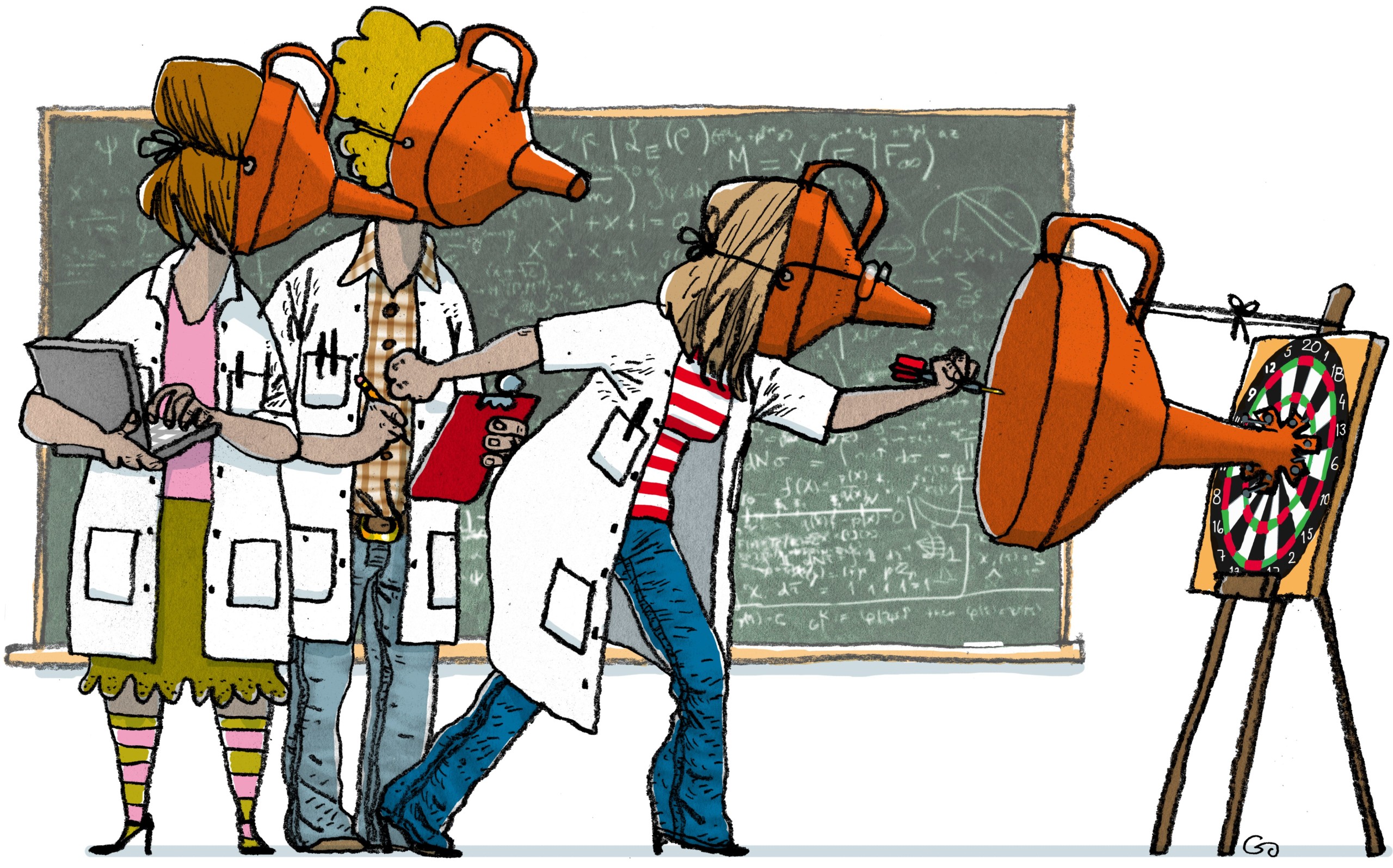 Scientists disprove their own hypotheses in scientific articles less and less. And according to an expert on bias, this damages the scientific process

Scientists don’t spare the superlatives when describing the consequences of their research.

It’s rare to see scientists openly admitting that their hypothesis quite simply didn’t hold up to the tests. Positive conclusions are inflated, and catchy headlines are trumping negative conclusions, and this to a larger and larger degree. This is according to Daniele Fanelli, professor at Université de Montréal, Canada, and a leading researcher into scientific misconduct.

Fanelli did his PhD at the University of Copenhagen and most recently guested in Denmark when presenting his proposal for a Danish codex for integrity in research this year.

Daniele Fanelli has analysed the conclusions of 4,600 scientific articles published between 1990 and 2007, and arranged them according to whether or not scientists partially confirmed, or dismissed, their own hypotheses.

The percentage of positive conclusions increased from 70 percent in 1990 to 86 percent in 2007. This means that in almost nine out of ten cases scientists concluded that their hypotheses were correct. And according to Fanelli, more recent numbers show that it has increased further since then.

The most positive results are published in the fields of biomedicine and social sciences, mainly in Asia, followed by USA and with Europe at the bottom with the smallest amount.

Pressure on scientists to publish often and in renowned journals has them confirming their own hypotheses more often, according to Fanelli:

“The heart of the matter isn’t that scientists are dishonest and swindle with their research, but rather that an unconscious bias in favour of positive conclusions is happening because of flaws in the publishing system, the way funding is distributed, and career paths in the world of research,” he says.

This bias can take place at all points in the scientific process: at the design of the investigation, data collection, analyses, interpretation of data or in the publishing of the research itself.

The competitive element to come up with new discoveries first has always been central to science, but today it’s not just about praise and honour, but also about securing public and private funding. And the amount of published articles in renowned scientific journals go a long way in determining which scientists, universities and countries are leading on a global scale. And a dismissed hypothesis doesn’t look good on a scientist’s CV, says Daniele Fanelli.

No negatives, no rectifying

The negatives instead end up gathering the digital equivalent of dust – somewhere. Daniele Fanelli believes this positive focus short-circuits the scientific process.

“Science makes progress when it is proven that unique ideas are true, and that others are false and consequently dismissed. The absence of negative results makes it impossible to rectify erroneous assumptions and avoid them happening again in the future,” he says.

Daniele Fanelli is not all pessimistic when it comes to recent science:

Over the last 20 years, a dramatic increase in retractions has taken place; articles are withdrawn after publication because they, for example, are shown to contain errors. In the public debate, this has been presented as a sign that more scientists are dishonest, but according to Fanelli the increase is first and foremost a positive.

Journals are becoming willing to retract articles precisely because there is such a focus on scientific dishonesty.