»I am desperately in love with Copenhagen« 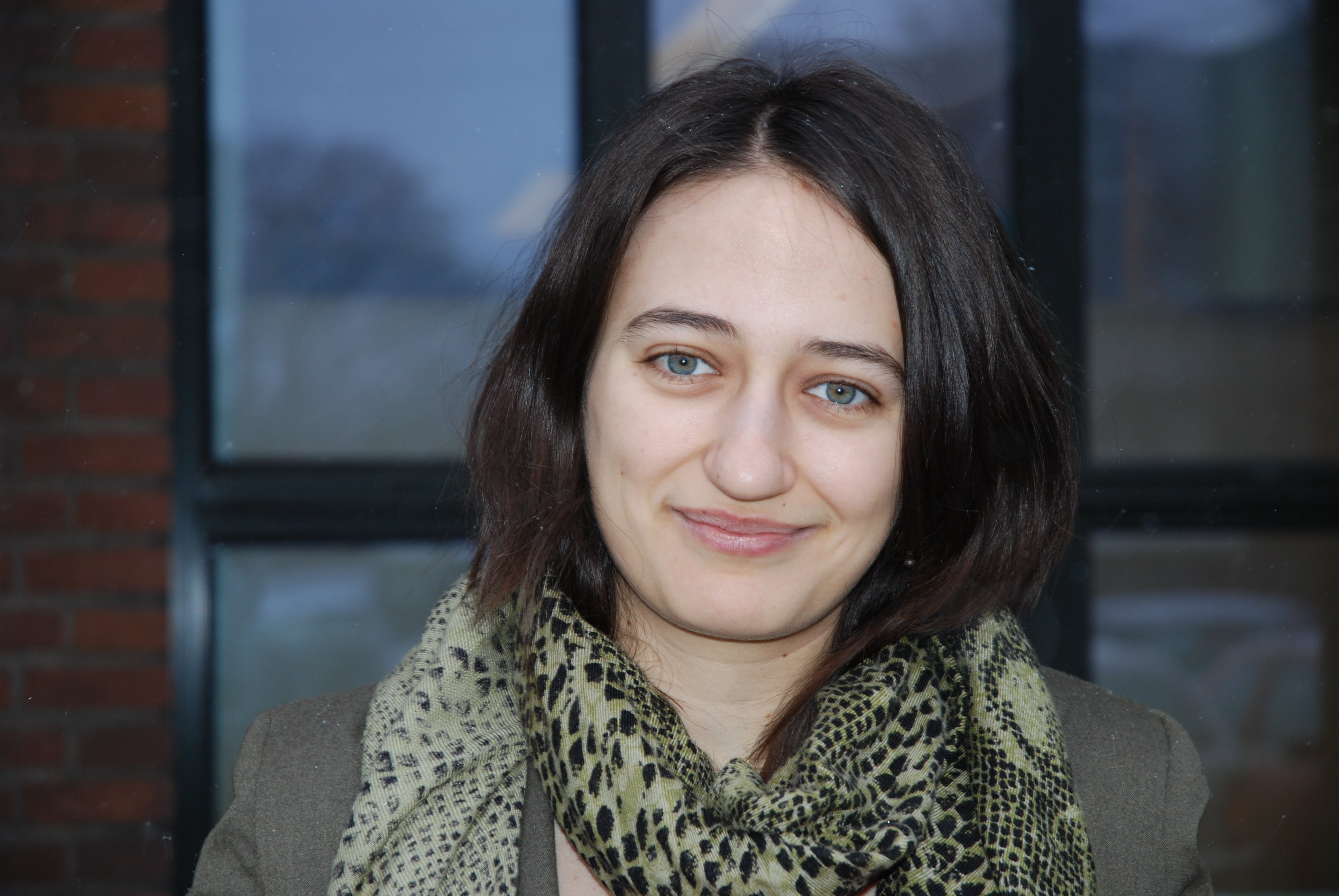 Ana Mosneaga came to Copenhagen as an international student in 2005. Now she lives here and is researching student migration.
image: Luci Ellis

For a number of international full-degree students, their stay in Copenhagen is the start of a love affair with the city which inspires them to remain here, and seek employment after graduation.

Others have more practical or economic motivations to make the transition from international student to migrant worker in Denmark.

It is this transition that fascinates PhD student Ana Mosneaga. She has personal experience of being an international student facing the prospect of employment in Denmark, and is now conducting research into the topic of student migration, from the perspective of students, universities, employers, government authorities and other stakeholders.

Ana Monsneaga is a migration expert, both academically and as a result of personal experience. She is a specialist in Human Geography with a Master’s degree from the Department of Geography at the University of Copenhagen, and an international student, who has decided to make Denmark her home.

»Supposedly, as a student you are easy to acculturate and, hence, more welcomed. Or so it is said. But is it really so? Are students really considered part of the group of highly skilled migrants that are sought after on the international market?« she wonders aloud, giving a concise résumé of the central themes of her research.

In her research, Ana Mosneaga is interested in what makes international students remain here, and seeks to map the motivation factors as well as the obstacles for students while also including the perspectives of the destination country in the question of student migration.

»I look at this from different perspectives. One is the university strategies to attract the students; Another is the corporate perspective; the so-called employability of the international students. Finally, I look at this from the student’s own perspective which is a very under-researched area. There is not much knowledge about what students themselves think about studying and remaining in Denmark and continuing their career here,« she explains.

The target group in Ana’s research comprises full degree Master’s and PhD students from all national backgrounds. The more diversity there is in her research the better, she says. Her specific focus is students of science and technology from the University of Copenhagen and DTU (Denmark’s Technical University).
»Science and technology graduate degrees are the so-called high value degrees, whether we agree or not. They are extremely sought after on the market,« she says.

The whole project is positioned within the national framework of managing migration in Denmark. Therefore, Ana Mosneaga also conducts in-depth interviews with stakeholders at government ministries, such as immigration authorities. Due to the current political focus on immigration in general, and the international competition to attract international students this under-researched topic is of great political interest.

Ana hopes her project can be applied to policy recommendations and give a better understanding of the student perspective in this transition situation. However, she acknowledges that the combination of her practical approach and academic expectations is not always easy.

»It is a challenge to have this practical focus on the topic and still doing it as part of an academic degree. I hope I can ensure that the difficult marriage will happen between the academic and the more practical knowledge, being able to apply this to policy recommendations as well as contributing to the academic field of migration studies. Although the former is more of a priority for me« she says.

The current international financial crisis is another factor to be taken into account in the study:

»Doing this in a time of recession, it is a project which raises some questions. Now, when the unemployment rate is high among new graduates in Denmark in general, how justifiable is the focus on international graduates and their transition to being workers in Denmark?« says Ana

»It is not an easy situation now, but that is the context, and I would like to reflect that dynamic.«

»Is the metro coming, or not?«

Having worked in Denmark for a consulting company while completing her Master’s thesis, Ana has a personal insight into some of the issues, such as that of not speaking Danish that her target group of student migrants may face.

»As a PhD student you are actually employed by the university, and I have also heard of other recently employed international students who are surprised that many things are not in English. There could be important meetings held purely in Danish. I understand that as I have been in that position myself, where you don’t even understand whether the Metro is late. The normal announcement will be in both languages but the emergency announcement will only be given in Danish, and you think, is the train even coming at all?« she says, laughing.

These days, Ana is fluent in Danish. As the only full-degree international student at the institute when she started, she had a great motivation to learn the language.

»People were kind enough, when they found out there was an English speaker on the course, to do the course in English. Most of the Danes spoke better English than I did. I also wanted to understand what people say to each other, of course. Now I can hold my interviews with stakeholders in Danish.«

From exchange, to full-degree, to migrant

Ana Mosneaga came to Denmark originally as an international exchange student, having begun studying for her bachelor’s degree in Japan before transferring to an Australian university.

»I wanted to go on an overseas exchange. I was steered towards Scandinavia by my supervisor as these countries are known for their development assistance, and I chose Denmark. For some reason, I don’t know why, but from day one I wanted to make Copenhagen my home. Then, two years later, I came back with a Danish government scholarship and tuition waiver to do my whole master’s degree at the Institute of Geography.«

Ana Mosneaga’s own reasons for staying on in Denmark reveal the emotional aspect of the very transition that she is researching.

»I know a lot of people who stay because they have a Danish partner. For me personally, there were a lot of different factors but one of the biggest was that I didn’t really have a place to go back to. I feel at home here and I am desperately in love with Copenhagen, though I don’t know why,« she explains.

Ana speaks English with an international accent that is difficult to place. When posed the inevitable ‘where are you from?’ question that international students are asked on a daily basis, her answer is far from straightforward.
»That is a very long story,« she laughs.

»I don’t know. I grew up in five different countries. I was born in the republic of Moldova, a small Eastern European country, where I lived until I was seven. Then my parents moved to Japan, so I grew up there. I’m thinking in Japanese when I am talking to you. That is almost my mother tongue. After that I started moving by myself: to Australia, then Norway and finally arriving in Denmark«

Her background and experiences have influenced her choice of research topic in a number of ways.

»My interests in immigration also came from my experience of being a migrant and constantly crossing international borders with a passport that is not necessarily welcomed, a Moldovan passport. Moldova has been a source of illegal migrants during the past decades,« she says.

»I am bound to the passport of my country of origin but do I identify with it? Yes, partly. I am bound to identify with it, but on the other hand I would rather identify myself as the result of globalisation. I have been through often humiliating immigration procedures just to be able to legally move. I understand both sides, why countries would like to maintain border control as well as why migrants will still cross it even if it is illegal.«

Having such personal ties with the subject of research can also pose some challenges however, as she discovered when writing her Master’s thesis on migration management in Moldova:

»Often people found me extremely mad at what I discovered. It is my life as well, but of course as a researcher you should convey the truth in an unbiased manner. At the same time my perspective is always there and I should just be aware of it. It is influenced by who I am and all the luggage I have. I will have to disclose my background in my synopsis.«