»I have often wondered if you can coach Donald Trump« Coaching — A group of students has just completed a course in coaching at the University of Copenhagen. We asked them what they learned.

For many people, the first question is much easier to answer than the second.

But a course in coaching at the Department of Nutrition, Exercise and Sports at the University of Copenhagen (UCPH) is teaching graduate students to go a little deeper than the everyday small talk.

According to the professor behind the course, which is simply called Coaching, most students benefit from improved communication skills when they enter the job market.

»All students will go out and have professional conversations after their studies. The techniques from coaching are highly beneficial in these conversations,« says Reinhard Stelter.

However, three students who have completed the coaching course also believe that they can use what they have learned in everyday conversations with their friends or grandparents.

Coaching is not therapy

Louise Tarp Jørgensen chose Coaching as her final taught course before starting her thesis. She is studying for a master’s degree in humanities, social sciences and sports science, and she also works as a gymnastics coach for competitive gymnasts.

»I started out with the idea that I would use it in my role as a gymnastics coach. But I quickly discovered I could also use it when talking and interacting with people in general,« she says. 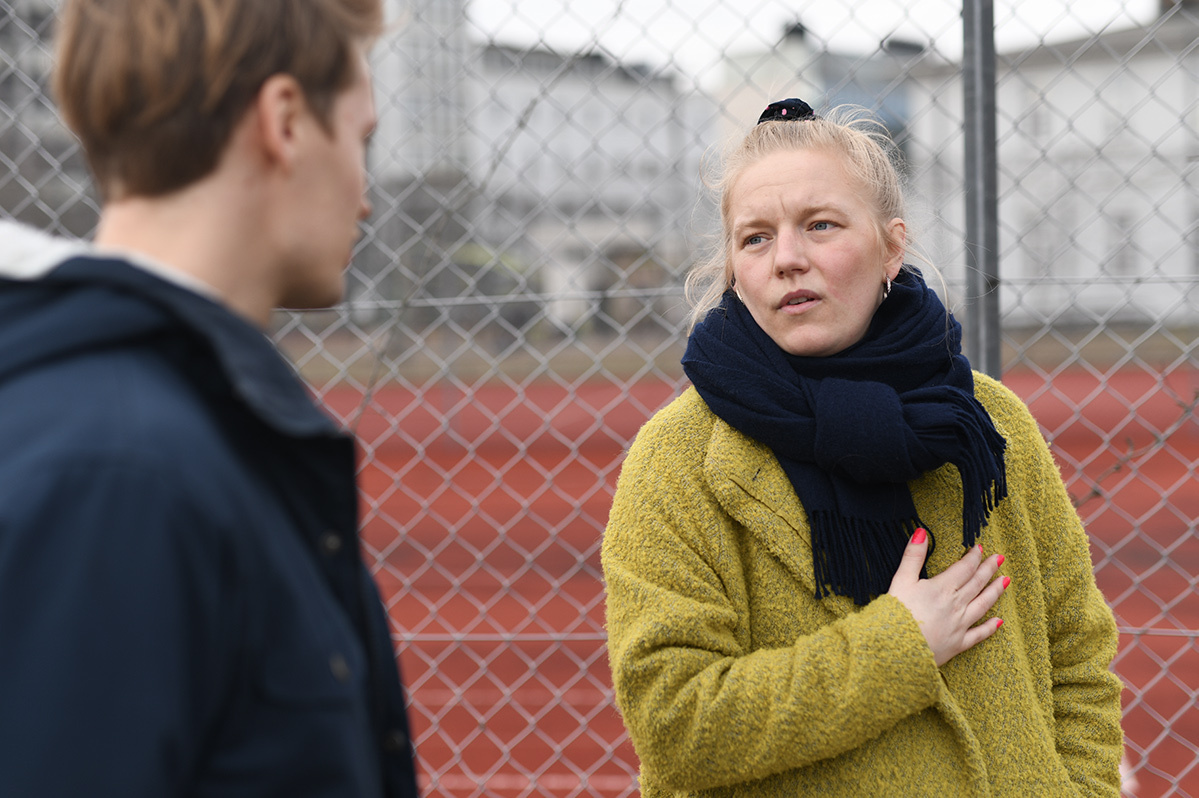 Louise Tarp Jørgensen works as a gymnastics coach next to her studies.
image: Rasmus Friis for Uniavisen

During the semester, she and her group chose to coach other young women about their response to the corona lockdown.

One felt insecure about herself, one felt weak and a third felt that she was struggling to open up about her problems.

These may sound like problems a psychologist or a therapist could help to solve, but coaching can contribute in a different way, says Louise Tarp Jørgensen.

»Therapy often becomes about one person digging in to the other, and this can lead to distancing. An asymmetrical relationship may arise where one person has to fix the other’s problems. But in the newer form of coaching that we learned on the course, you try to do away with that asymmetry and be a coach who expresses doubt and who has experienced similar problems.«

Beyond the sporting world

Coaching is a somewhat vague concept.

It originates from the world of sports, where a coach is the trainer who gets a football player to score more goals or a boxer to make more knockouts.

As a coach, the knowledge I bring to the table is incomplete.

Since then, the concept has migrated into the world of psychology and the lifestyle industry. With that shift, the nature and focus of coaching has changed, says Professor Reinhard Stelter, who has been involved in coaching since the late 1980s.

»Unlike in the world of sports, someone who contacts a conversational coach may not have a clearly stated goal that can be divided up into sub-goals. Often, the goal is something amorphous like the desire to have a slightly better, happier or more fun life.«

Reinhard Stelter has been involved in coaching for many years, and he teaches a form of coaching that he developed himself. He calls it generation 3 coaching.

»This means that as a coach, the knowledge I bring to the table is incomplete. I cannot help someone by telling them to do this or that. It might work for me, but any such cookie-cutter solution fails to consider the living conditions and capabilities of the person in question.« 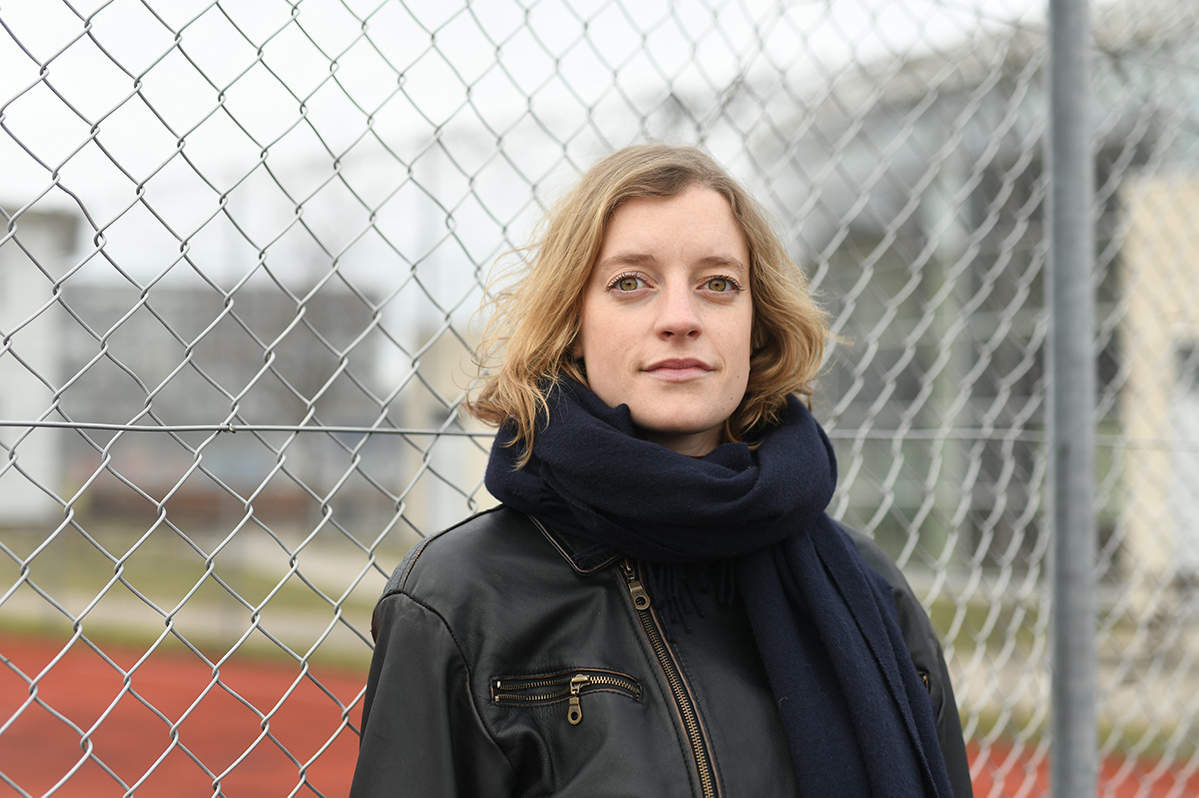 The heavy burden of advice

In addition to studying for her master’s degree, Anne-Gro Fjordvang Hindersson works as a sports teacher at a high school.

She has noticed that her students are not particularly motivated by time-honoured advice like raising their pulse for 30 minutes or getting in their 10,000 steps a day.

She finds it easier to get students to put on their running shoes when she, using the knowledge she gained on the coaching course, talks to them about how difficult it is for her to get motivated.

He did not think he was the type of person to lie on the floor at home lifting cartons of milk.

Her group chose to start with their own lack of motivation to exercise during the corona lockdown and coach others who felt the same way.

And the expectation of a neatly packaged solution was exactly what Anne-Gro Fjordvang Hindersson encountered in the person she coached.

»To begin with, he thought that I should tell him what to do. That was his attitude when he entered the room. But as a coach, you do not come up with a concrete, finished plan. You discover what the solution is together,« she says. Instead, they talked about what his values are.

»He did not think he was the type of person to lie on the floor at home, lifting cartons of milk. But he had shovelled a lot of snow and really enjoyed it. So we made use of that and had a conversation about the body not caring about what it lifts.« 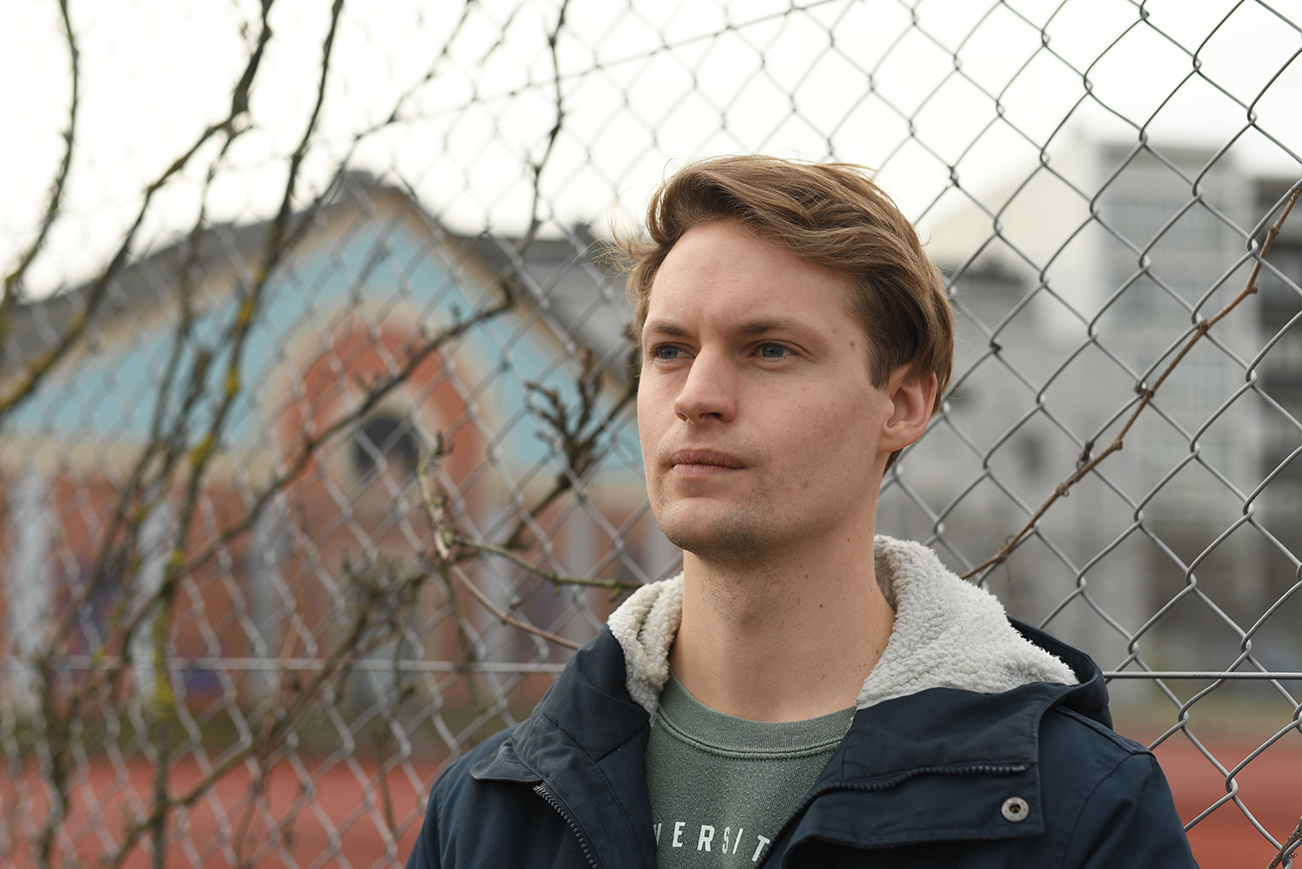 According to student Håkon Magnus Langbo Holm mental coaching is becoming more and more prevalent among sports teams. He himself works as one for a basketball team.
image: Rasmus Friis for Uniavisen

Can you coach Donald Trump?

The role of a coach is completely different to that of a therapist. As a coach, you use yourself in your work, and contribute to the conversation with your own experiences.

The most important thing is to approach the person you are coaching with openness and curiosity. Even if you disagree with them. If a coach’s client says that she feels stupid, the coach should not disagree and say that she is not. One has to ask why she feels stupid, says Louise Tarp Jørgensen.

»We have learned that it is important not to judge and evaluate, but to be curious.«

I have often wondered whether you could coach Donald Trump, and I have come to the conclusion that it probably would not work.

Having profound conversations takes some getting used to. While taking the coaching course, it dawned on student Håkon Magnus Langbo Holm just how many superficial conversations we have with each other.

»In a lot of conversations, you never go beneath the surface. We would rather talk about the weather than share too much about ourselves.«

That is why it is crucial that the person being coached actually wants to change something about themselves, says Reinhard Stelter.

»I have often wondered if you could coach Donald Trump, and I have come to the conclusion that it probably would not work. The most important prerequisite is the willingness to change. That is the most important thing.«

The holistic view is all the rage

As coaching has moved into the arena of self-development, it has also taken on a new role in the world of sports.

Student Håkon Magnus Langbo Holm realises this and uses the conversational methods he learned during the coaching course at his student job.

»I am employed as a mental coach for a basketball team,« he says. And he is not alone.

»It is becoming more popular for sports teams and athletes to employ mental coaches. More and more research shows that an environment that focuses on the whole athlete and provides mental support helps athletes to perform better,« he says.

Imagine, for example, a basketball player who keeps missing his penalty shots. Time and time again. A coach can help to break the pattern, says Håkon Magnus Langbo Holm.

»If you tell yourself that you are bad at shooting penalty shots, then it can become part of your identity. As a coach, you can work with that by saying that it is not something inherent to you that is causing you to fail. It is the situation that makes you nervous.«

Louise Tarp Jørgensen also sees coaching as an opportunity to support the children and young people she trains.

»I want to help them to find inner harmony. Even if it is just gymnastics, talking to them can do so much more than jumping around and practising. These tools can help with that.«