»In China, they expect PhD students to serve tea to professors« 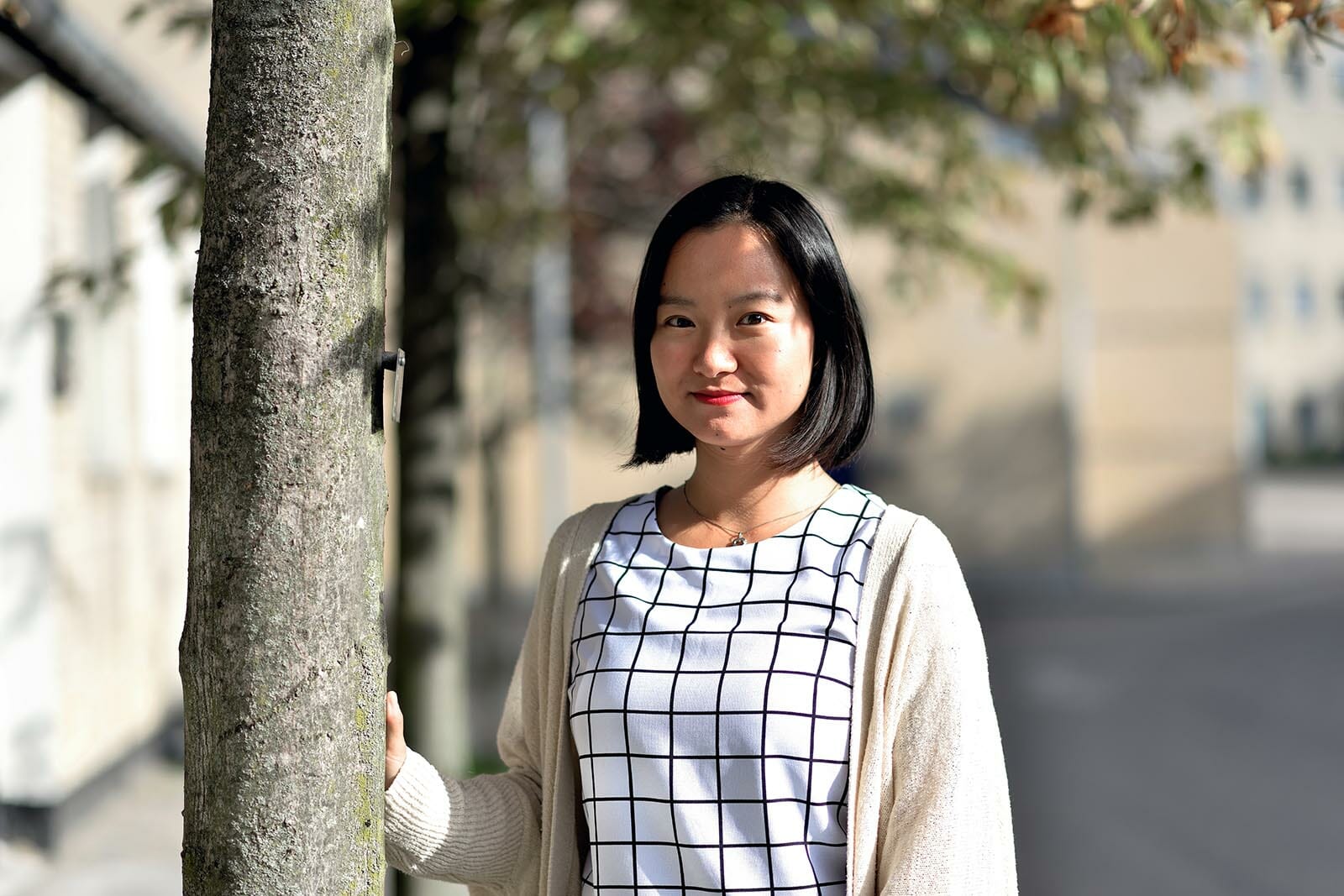 Yanqi Li got off a Chinese bullet train and, after many a detour, ended up as assistant professor on Frederiksberg Campus. The best thing about Denmark is that you can be a scientist and parent at the same time, she says.

by: Told to
journalist Signe Bjerre

Yanqi Li has invited me in to the Department of Veterinary and Animal Sciences at the University of Copenhagen. Here, behind yellow animal stalls surrounded by students in white coats, she has spent most of her academic career, thousands of kilometres away from her family in the Shaanxi province.

In northern China, she opted for the wrong study programme on her first try. If she wanted to change tracks, she would have to take a foreign detour. A bit randomly, she ended up in a small country, about which she only knew one thing: The 19th century fairy tale writer H. C. Andersen. Today she knows more. For example, that you can have a career at university and still look after young children, and with the approval of your employer.

It started to get popular to go abroad and study while I went to university in China. My friends and I were in no doubt that we should go abroad also. Back then I was training to be a nurse. It wasn’t a subject that I wanted to pursue myself. But the education process runs fast in China, and once you are on one track, you can’t just jump off and choose another study programme. For me, a study abroad was therefore a chance to switch courses and experience the world at the same time.

/ Living in Copenhagen with her husband and two-year-old daughter

/ Born and raised in Xi’an in the Shaanxi province, China

/ Has studied both in China and Denmark

/ PhD in comparative paediatrics and nutrition, University of Copenhagen

/ Assistant professor and clinical coordinator in the Section for Comparative Paediatrics and Nutrition at the Department of Veterinary and Animal Sciences at the Faculty of Health and Medical Sciences, University of Copenhagen

At that time, we only had limited access to the internet. We had therefore little contact with the outside world. I was a little late getting started with my application, so there weren’t that many places I could choose from. It ended with me getting a place on the programme in Food Science and Technology at DTU, the Danish Technical University. I knew nothing about Denmark beyond H. C. Andersen, but I was happy to go.

The Danish university world was a big culture shock for me. I was accustomed to lectures, where you as students listened and took notes, and where the exams often consisted of written exams and Q and As. Here, the students discuss with the lecturers, and I had to learn to do group work and do group reports. It was difficult for me to get used to this way of learning.

READ ALSO: Outside perspective: »Danish students are left to take care of themselves«

I was, on the other hand, positively surprised by my new home. I had been assigned a room in some red containers that had been turned into temporary student housing. Many of the others thought that this was a wretched place to live, but I found it super cool. In China, I had lived together with seven other students in a small room. Now I suddenly had a room for myself.

It wasn’t something I had planned, but I got the opportunity to do a PhD In nutrition, which I decided to accept. My parents have motivated me to do further study ever since I was very small. It was in the cards that I was supposed to do this. And it turned out to be a good decision. It is here that I met the man that is now my husband and the father of my child, and I have some great colleagues here.

Danish professors are typically very relaxed and down to earth. They do not focus on status and money, and unlike many foreign professors, they do not expect to fly on first class or live in five-star hotels when they travel with work. They also don’t mind saying their honest opinion. I like that.

As a researcher [in China], you risk losing your projects if you use up all your maternity leave.

In China you don’t discuss with professors or contradict them if you disagree with them. There is a completely different hierarchy. It is expected of PhD students that they serve tea to professors and carry their briefcases. In Denmark, it is the other way around. Here, it is the professor who takes your bag if you are travelling together.

READ ALSO: Outside perspective: »In Denmark, you don’t just network to get something«

It is deeply embedded in the way Chinese people are brought up, that you show respect for your elders. This is why professors are addressed by their surname and title. Never by their first name. I like the way it is here in Denmark. At the same time, it is important to me that my daughter learns to show respect for other people. Courtesy, humility and persistence are Chinese values that I would like to pass on to my own child.

At the University of Copenhagen, more than one third of all researchers and teaching staff come from abroad. In this series, you can meet some of them and read about what they think of working at the University of Copenhagen. What is the working culture like relative to their home countries? What has surprised them the most? And how do they describe their Danish colleagues?

In general, working culture is a lot different in China. I have a friend who is a researcher in China. She has two children and was back at work a month after she had given birth. In fact, you are entitled to seven months maternity leave, but the reality is that the researcher risks losing their projects if they take it. In Denmark, you are told that it is okay to reduce your workload when you have young children. There is huge support and a much greater focus on the need for a balance between family and working life.

I do think that many Danish young people follow their own inclinations to too great an extent. They only do what they want. And it seems as if many Danish parents find it difficult to take responsibility for their children. I don’t want to be a controlling parent myself. But I also think that children should not be allowed to decide everything on their own. Sometimes you have to do something that is tough or boring in life, as it will lead to something good in the long term. 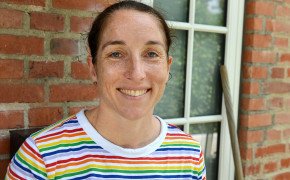 Outside perspective: »I like that Danes invest themselves socially at their workplaces«