In Jordan, secret service is on campus 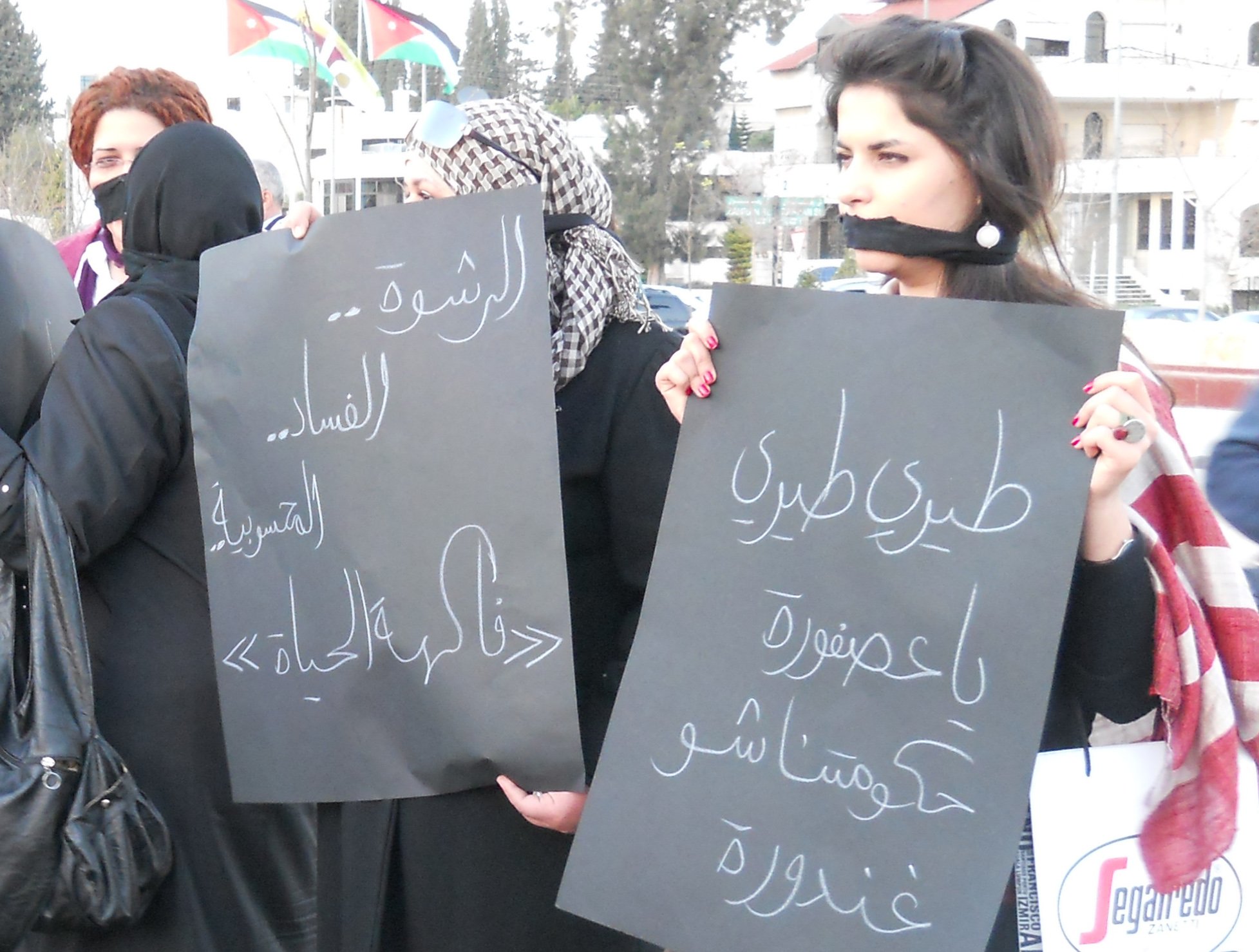 Unlike many other youth rebellions in history, the pro-democracy movement in Jordan has not emerged from the university. On campus, politically active students are threatened with suspension, prison, and violence

by: Line Damsgaard (alias, her real name is known the University Post)

The Arab Spring is a youth movement. Demands for democracy and the rapid upheavals affect everyone, but the subject of the revolution is said to be young people, or shabab, as they are called in Arabic.

Most of the involved shabab are well-educated college students or graduates. But unlike many youth rebellions, the pro-democratic youth movements in Jordan do not emerge from the universities.

The universities in Jordan are rather sites for pro-regime indoctrination and various forms of social and political repression.

Apart from being a first-year medicine student at Hashemite University in Amman, nineteen-year-old Rima Darwish is an activist in a leftist group.

By challenging the traditional organization of the Jordanian society, such as the tribal system, the favouring of military families, and the discrimination of Palestinians and political activists, Rima and her friends address controversial issues.

They are doing it in spite of the universities, rather than through them: »It can’t be directly related to the university, and it’s very problematic to meet at campus. Instead, we use facebook, and the internet in general, to mobilize people,« she says.

University repression is made possible by the massive on-campus presence of the intelligence service – the Mukhabarat.

King Abdullah recently declaired that the authorities would no longer interfere with the political life of students. But this is considered to be a cosmetic, pseudo-reform, that the regime is already known for.

»Now, Mukhabarat is just secretly present,« Rima says, unimpressed. »Now we just have a security guard who is Mukhabarat, and they say ‘no, he’s just a security guard’, and we can’t do or say anything about it, because he’s undercover.«

As an activist, Rima is in danger of being denied her ‘adam mahkomeih’, an official certificate stating that the holder is a »good citizen,« and which is needed whenever a Jordanian citizen needs to travel or get a new job.

»Good citizen basically means someone who never attended a protest,« Rima sarcastically sums up. »And the funny part is, if you were a thief, or a rapist, or a child molester, you can actually get that certificate. But if you were in the 24th of March Movement, you can never get it,« she adds with reference to the name of the youth movement calling for a democratic constitution.

Rima has already accepted the fact that she, because of her political work, will never be able to use her medical education to get employed at a military hospital.

Several of Rima’s friends have received »notices,« warnings of suspensions from the universities, or even direct threads from Mukhabarat itself:

»The leader of my group was once accosted by a Mukhabarat agent, who told her to be quiet, or he would cut her tongue out. But she wouldn’t keep quiet and went to the press with the story of this threat. Then Mukhabarat showed up at her home, and when her mother opened, they said: Hush your daughter, or we will.«

Despite the threats, oppression, and social stigma, Rima continues to fight:

»There are so many grave injustices. One example is that students with parents in the military get to go to college for free, while others risk suspension for being critical. It is exactly for these reasons that we are trying to raise the political awareness in our fellow students,« Rima explains.

»It’s about much more than education, but it’s all connected, and the university is a place to start. The universities are corrupted institutions, but the young people there have a great potential,« Rima concludes.