In the future, meat and vegetables will be replaced by chemical compounds 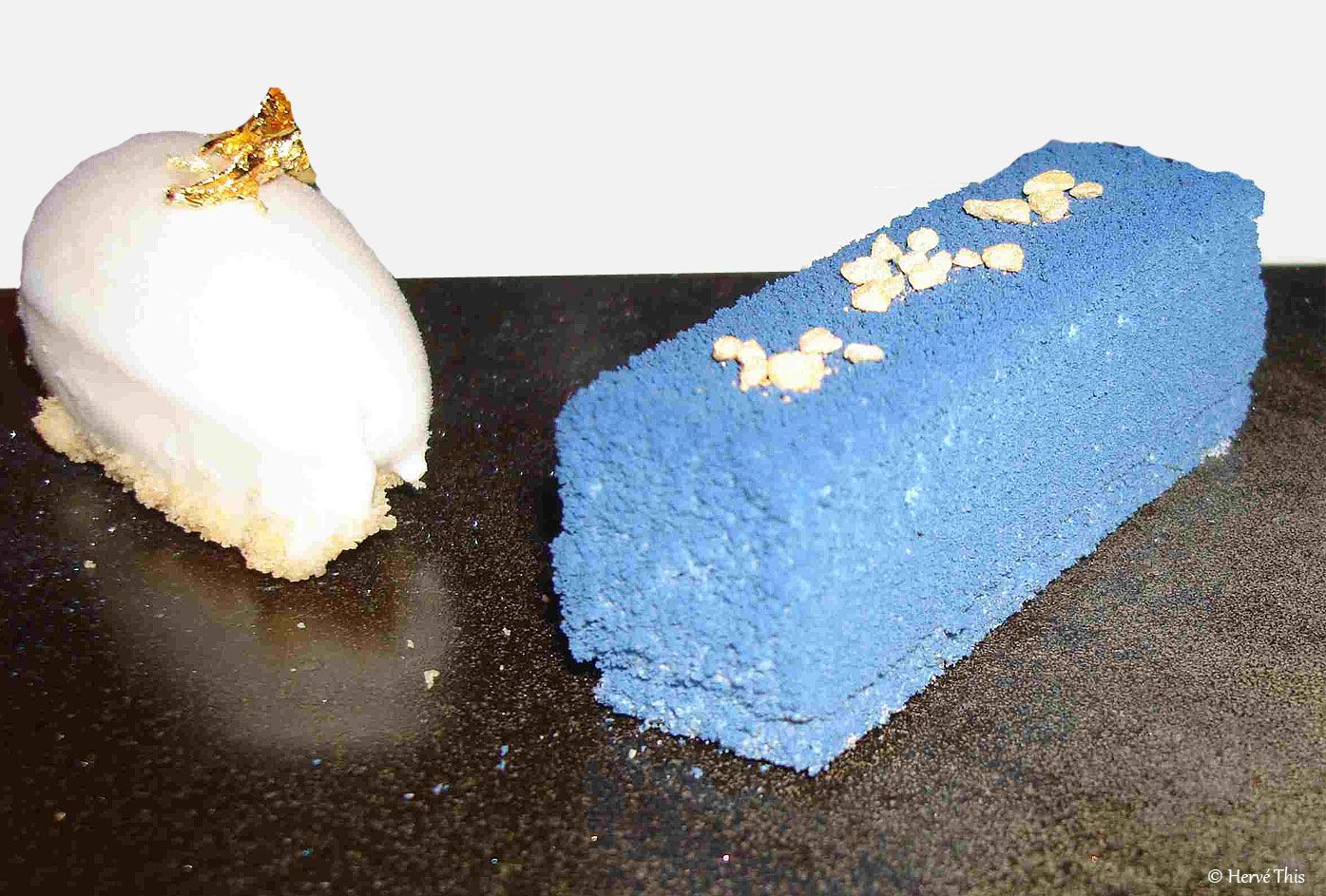 One of chemistry cooking guru Hervé This' own chemical desserts, following his "note by note" food philosophy
image: Courtesy of Hervé This

French inventor of molecular gastronomy, Hervé This, wants to bring the chemistry into your kitchen

Hervé This has made some interesting discoveries in the course of his career. The perfect temperature to poach an egg. How to turn cheap whiskey into a superior one (tip: add vanillin). He also holds the world record for whipped egg white: he can make forty litres out of a single egg.

The University Post caught up with the French chemist Tuesday after his talk at the University of Copenhagen. He’s standing at a table full of chemical compounds, and other stuff you would not associate with a lab, like carrots, onions and a big bottle of sunflower oil.

“Let’s make it clear: cooking is art. Molecular gastronomy is science. There’s no discussing which is better, as they are completely different things,” he says.

The idea that a lab would be ‘perfect for cooking’ occurred to Mr. This in the late 80’s, when he started to study what happens to the properties of food, like taste, smell and texture, as it’s cooked. Molecular Gastronomy was born.

For the last fifteen years, Hervé This has published his inventions on the blog of his friend, the Michelin-starred chef Pierre Gagnaire. The food is unlike anything you’ve seen in a traditional kitchen: gels, emulsions, foams, ingredients doing impossible stuff. A salad Nollet, made of sheets of lettuce-flavoured jelly, looks almost like an abstract painting.

Nowadays, molecular cooking has gone out of the lab and into the menus of high profile restaurants and cooking school. But in the meantime, This has found a new interest.

The food of the future, according to him, will be made “Note by Note,” a new type of cooking that does not use meat or vegetables at all, but single chemical compounds. Just like electronic music, made of pure sounds rather than instruments, the kitchen of the future will have a synthesiser.

He goes on to demonstrate how to make a steak, spooning three parts of yellowish protein powder into a kitchen bowl and whisking in water and oil.

One day, he says, we will have jars full of vitamins, proteins, starches, smells and textures, and even more exoteric stuff like pungency or freshness. A small bottle of ‘mushroom extract’ is passed around. “Don’t drop it. It will make the room smell for years.”

“NASA is very interested in this line of research,” Hervé This says.

Playing in the lab is one thing, but real food is more complicated than that. We don’t eat nutrients: we eat chocolate, bread, and wine and cheese, and we like to do that in good company. We eat some foods and disregard others that are perfectly edible. It’s a cultural thing as much as it is a necessity.

But humans have been modifying food for as long as they have been around. Left to their own means, apples would be minuscule and sour; modern wheat is unable to survive in the wild. Everything has been selected to serve to our needs.

“Don’t come and say ‘I only eat natural stuff’. There’s no natural food around. Do you think this carrot was born this way?”

And food might have to change indeed. Chemical cooking, This says, is the only solution that makes sense in our overpopulated planet, where transportation is a huge part of food prices.

“Take an egg: 90 per cent of it is water. Why can’t we take out the nutrients, put them in a tube and add the water at home, at the most convenient time?”

(Picture of Hervé This at a previous presentation below.)