Insects: The food of the future 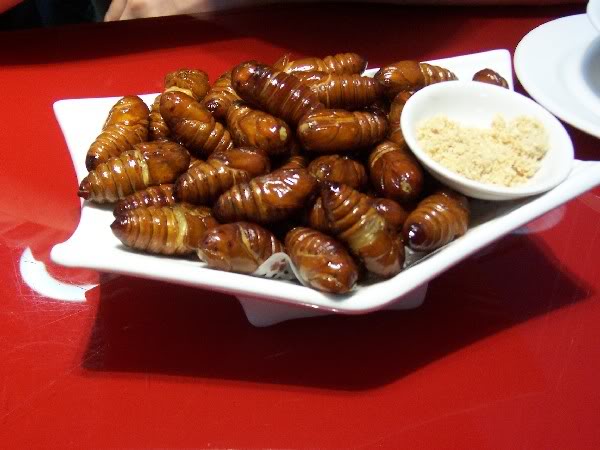 Bugs reduce pollution, increase nutrition, and should seriously be considered as a food source: This is according to a UN report with University of Copenhagen contribitions

What is nutritious, delicious, and has six legs? If we could collectively get over our disgust at the six legged critters, insects could become a staple of the human diet, along with fish, and other kinds of meat, a new UN report argues.

The Food and Agriculture organisation FAO hailed members of the insect world as an under-utilised resource, in the report which was released this Monday. By 2050, world population is slated to reach 9 billion, arable land is shrinking due to climate change, and oceans are increasingly overfished. Incorporating bugs into our diet could alleviate some of those problems, the report argues.

“Food we are currently consuming is artificially cheap. Negative environmental externalities aren’t factored into food prices, and farm subsidies artificially lower prices. We are facing a crisis; if the price of meat was increased to reflect its true costs, people would be forced to consider alternative options.”, says Afton Halloran, one of the paper’s coauthors, a UCPH alumnus to the University Post, who has also done her fieldwork on cricket farms in Thailand.

From pet feed, to human food

For one thing, as insects are cold-blooded, they are efficient in converting feed into food, according to the report. On average, grasshoppers require 12 times less feed to produce a kilogram of edible mass than cattle. They also produce fewer greenhouse gasses, and can be fed on organic waste streams.

Efficiency and environmental issues aside, eating bugs is a good idea for various other reasons. They are higher in ‘good fats’ than other meats, and are rich in proteins, calcium, iron, and zinc. They can be a low-tech, low-capital investment, which can offer entry to even the poorest members of society. Last, but not least, insects can be delicious: they are already a part of many regional diets, and are oftentimes considered delicacies, the report argues.

“The infrastructure to mass-produce insects is already in place. They are currently utilised in both the pet feed industry, and in the fishing industry, where they are sold as fishing bait”, Halloran says.

According to the report, the main barrier to a wider adoption of insects as a food source, is cultural: other than the silkworm, bees, and the cochineal — used to extract red dye — insects are largely left alone in the West. This can change, though.

“We haven’t had a food culture incorporating insects in the West; people are just afraid to eat insects and that is certainly a problem, though not an insurmountable one. Star chefs are already attempting to incorporate insects into their cooking. There is certainly a lot of space for innovation in the gastronomic world. Grasshoppers could be ground and incorporated into other food products. The Nordic Food Lab [non-profit institution exploring traditional and modern gastronomies, founded by Noma’s superstar chef Rene Redzepi and gastronomic entrepreneur Claus Meyer -ed.] is working to transform insects into gourmet food”, Halloran says to the University Post.

Noma, the world’s top restaurant in 2010-2012, served ants grown in Copenhagen and shipped to London, when the restaurant briefly relocated to Britain’s capital during the 2012 Summer Olympics. Simultaneously, insects are a staple of much of the developing world.