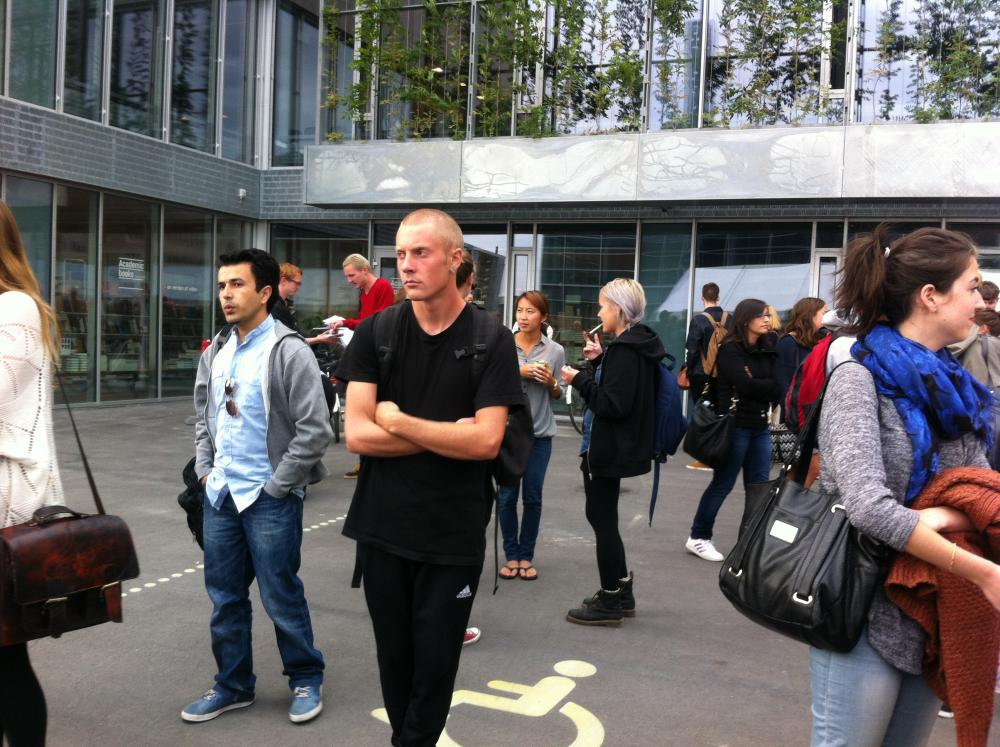 Arms crossed. Humanities students and staff in particular have not been happy about the plan which will hit some programmes hard. The story has been covered widely
image: Victor Yakimov

A government so-called ‘dimensioning’ plan that will cap the study programmes that have high unemployment is not only a hot topic in Denmark. University media from the UK to Shanghai have been covering the story, and embattled Danish humanities subjects have found international support in a petition.

The Danish government wants to reduce student numbers in subject areas where the country has experienced long-term unemployment. But its plan on how to do this, has been criticised in parliament, in some parts of the business sector, and in universities. Its proposal could ultimately lead to the discontinuation of several humanities degree programmes, universities have warned.

Lobby group Universities Denmark is given space in the magazine Research Europe to say that “universities should be given the chance to assess the situation themselves first, and that the government should not make such short-sighted decisions.”

Massacre of the humanities

Rector of the University of Copenhagen Ralf Hemmingsen, who is also head of Universities Denmark has an alternative to the government plan that would limit the reduction of student places to 1,000. “Our model would be better for both students and the labour market because it is based on dialogue with students and researchers,” he says in Research Europe.

Denmark’s Minister for Education and Research Sofie Carsten Nielsen is quoted in defence of the student cap in the magazine Research Europe. “Of course we still need lots of graduates in the humanities and social sciences, but we have to find a better balance to move in the direction of providing education with better job prospects,” she said.

In University World News, reportage of the plan attracted the headline ‘Humanities ‘massacre’ causes widespread protests’. They quote the Dean of humanities at the University of Copenhagen, Ulf Hedetoft, describing the government intervention as a “massacre of the humanities”.

Government accusations that he over-stated the impacts of the cuts, had Hedetoft simply reiterating them: ”Our repeated budgeting demonstrates that the model [imposed by the Education Ministry as a “dimensioning model”] will force Copenhagen University in the foreign languages department alone to reduce the student intake from 750 at the bachelor level this year to 250 next year.”

In University World News, senior partners in ReD Associates in New York and Copenhagen Mikkel Rasmussen and Christian Madsbjerg are quoted: “Danish industry and a confused government without backbone are on the brink of destroying what exists of humanities sciences in Denmark. But what is more serious is the lack of focus on the deep knowledge that has to be the foundation of future welfare and growth.”

Petitions against the planned cutbacks are gaining signatures at home in Denmark. This one has been signed by more than 6500 people. And now outside Denmark. In an initiative from Jan-Ulrich Sobisch, a lecturer at the UCPH Department of Cross-Cultural and Regional Studies, several hundred signatories protest the Danish cutback plans.

Worth reporting about in China

In the meantime, the ups and downs of Denmark’s university policy has even found its way past the editors of the Shanghai Daily.