Is the burqa report scientifically sound? 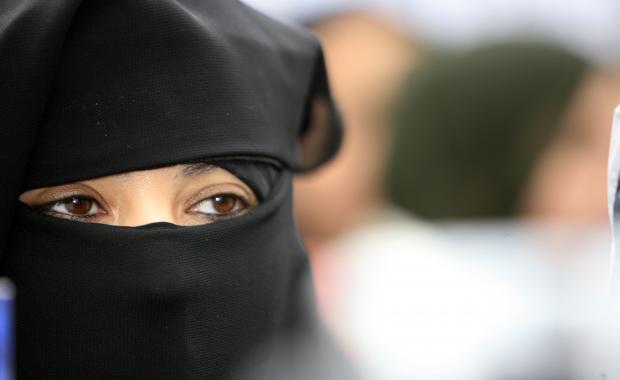 The majority of muslim women in Denmark who cover their face and body with the niqab are Danish converts, according to the controversial burka report.
image: Polfoto

»Swindle and humbug« and »amateurish«. Pia Kjærsgaard of the right-wing Dansk Folkeparti [Danish People’s Party, ed.] and Conservative politician Naser Khader were pulling no punches, after the controversial burqa report was made public. Experts in scientific theory and method defend the University of Copenhagen researchers who compiled the report, and say that the criticism is political.

»It is lousy and completely unreliable,« concluded Pia Kjærsgaard, the moment the most discussed piece of scientific research, the so-called ‘burqa report’, was presented to the public.

Pia Kjærsgaard was first and foremost critical of the researchers’ methods, as they had, among others, interviewed imams from the largest cities in Denmark.

As well as criticising the report’s scientific validity, the leader of Dansk Folkeparti also launched a direct attack against its authors:

»I am considering reporting the researchers to the UVVU (Committee of Scientific Fraud, ed.). It is so far-fetched.«

Pia Kjærsgaard is welcome to do just that, says Head of Department Ingolf Thuesen, who accepted the commission to compile the report, on behalf of the Department of Cross-Cultural and Regional Studies at the University of Copenhagen. The report was commissioned by the government’s so-called ‘Burqa Committee’.

»I hope she reports us for poor scientific method. Then we can settle the case, instead of just leaving it at empty threats. The research our employees have conducted is beyond reproach,« says Ingolf Thuesen to the Post’s Danish sister site, Universitetsavisen.

Imam or no imam

Pia Kjærsgaard and Naser Khader have criticised researchers for contacting Abdul Wahid-Petersen and Abu Bashar, as well as the Islamic group Islamisk Trossamfund, whom Pia Kjærsgaard has dubbed »extremists«.

Professor Margit Warburg, who led the group of researchers responsible for the report, dismissed the criticism. She feels that leaving the imams out of the report would have been a mistake:

»It would have been bad scientific method, if we had not asked everyone who comes into contact with the women who wear niqab.«

In this description, it is made clear that the researchers should aim to provide information »based on evaluations by various experts and/or individuals from the respective communities.«

In the note, it is stated that the evaluation should not be based on a »systematic count,« according to the Danish Daily Jyllands posten.

In the research community, the report has been met with mixed reactions. Some colleagues from Odense and Aarhus are unconvinced by the scientific methods used.

»I am definitely not very impressed by the choice of sources, which is characterised by its haphazardness,« says Mehdi Mozaffari, head of the Centre for Studies in Islamism and Radicalisation at Aarhus University, to the Danish newspaper, Information.

»A number of the sources, that the researchers contacted, may have been interested in minimizing the burqa issue, not least because of the government’s intended use of the report,« he says.

However, experts in scientific theory say that the researchers have done a respectable job.

Torben E. Andreasen, a researcher of scientific theory and method at Aarhus University, says that is makes good sense to interview representatives from the Islamic community.

He says, in an interview with science news website videnskab.dk, that the criticism of University of Copenhagen researchers is political:

»When researchers are publically accused in this way, for this kind of work, it seems to me that it must be politically motivated. A very large number of scientists could be accused of having results that are perhaps not quite correct.«

He adds that he has not heard any concrete arguments for why the scientific method in the report are worse than those used in any number of other research projects.