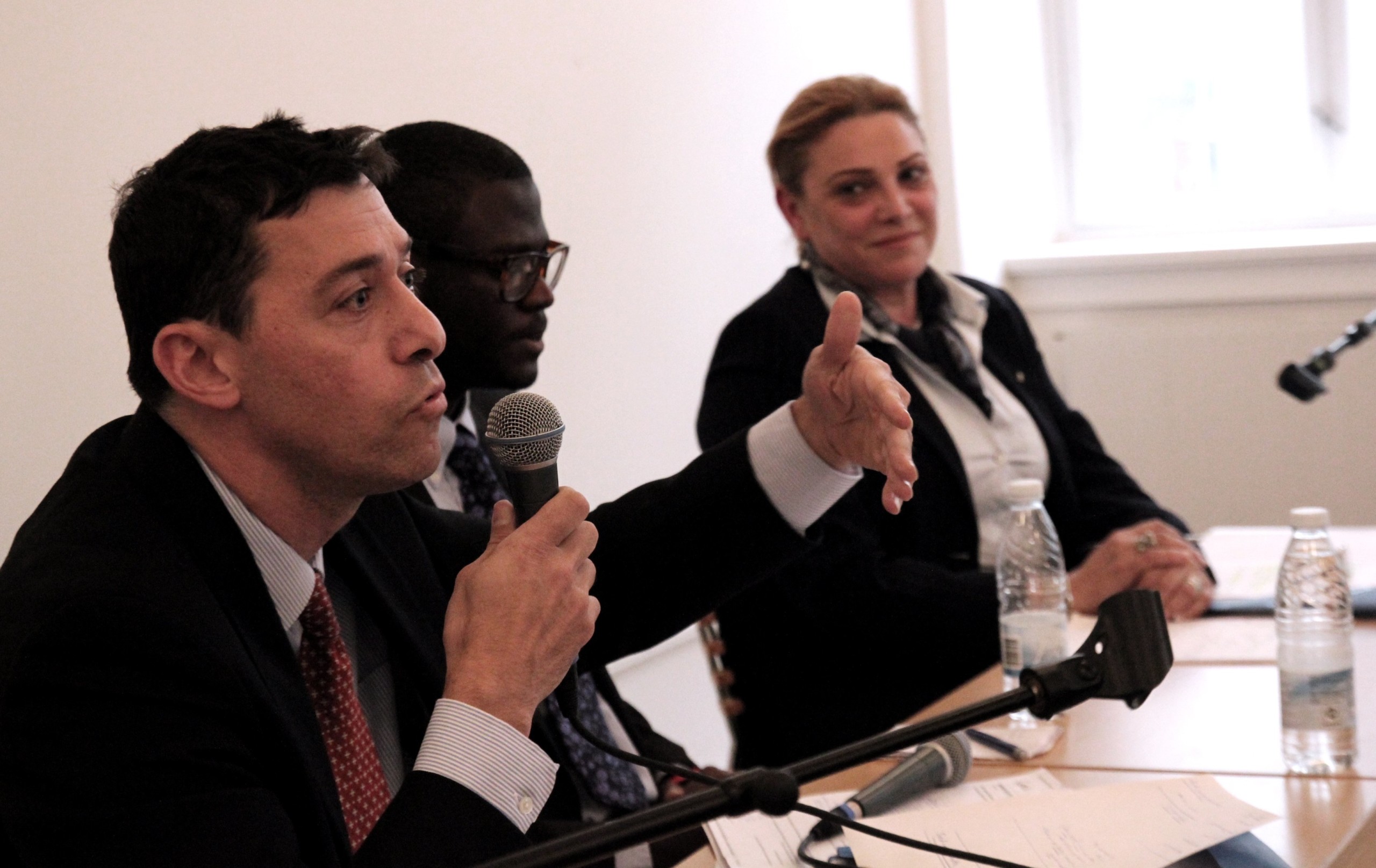 Negotiations between Israel and Palestine are now at a dead point.

But Wednesday, at a debate held by the Copenhagen Union, the Deputy Israeli Ambassador to Denmark and the Deputy Head of the Palestinian Mission were brought together. The ambition: To discuss the prospects of restarting the peace negotiations.

The debate took place at the Studenterhuset, and students of the University of Copenhagen and Roskilde University were invited to engage in discussion for a solution.

Representatives for Israel and the Palestine territories told students that negotiations were necessary, but serious, and for some, painful compromises will have to be made, they say.

Without negotiations, the result would be catastrophic for both Israel and Palestine, continues Palestinian representative Marie Antoinette Sedin. She believes that Israel must freeze all settlements and camps in the West Bank.

The Deputy Israeli Ambassador Dan Oryan says he is realistic but optimistic about the future of Israel and Palestine. He believes a two-state solution is the most viable way of resolving the conflict. When pushed, he conceded that if negotiations are maintained, a resolution could be achieved within the year.

The Palestinian representative was less hopeful for a positive outcome.

That said, she supports the idea of a one-state solution, giving Israel Jerusalem, but sharing the land together in a democratic society.

Needs to be less hatred

Among the audience, Theis, a Political Science student, expressed anger over the illegal settlements set up by Israel.

»It is too simplistic to talk about the amount of camps decreasing. Many of these camps are symbolic of Israel’s power, and make daily life very difficult for a lot of Palestinians«, he said.

»A dramatic change in opinion is required from both sides. There needs to be less hatred, and a new path needs to be laid out for the youth, in order for real progress to be made and sustained« said Emily, a student of law.