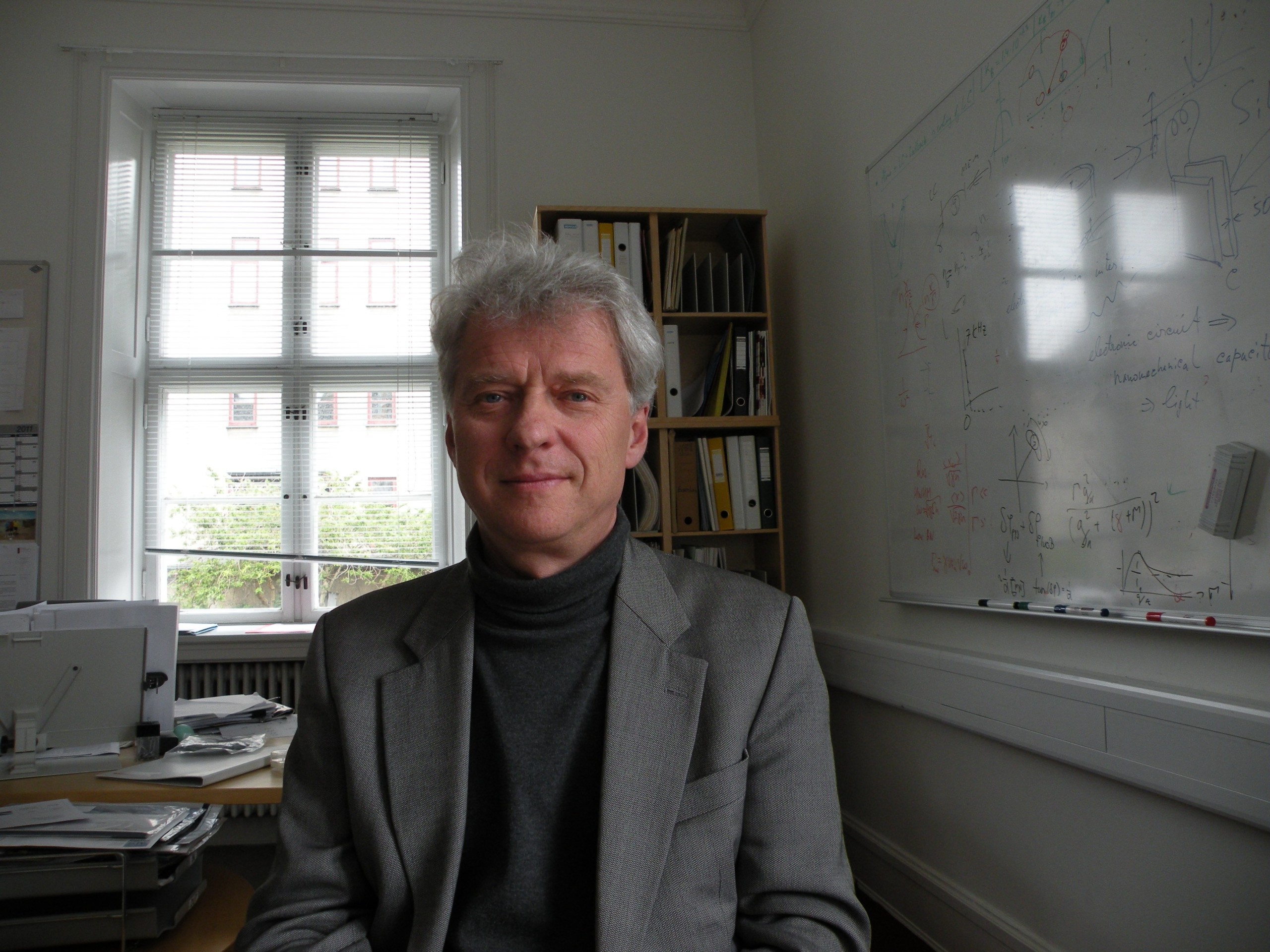 In quantum mechanics, when you measure something you change it. Researchers at the Quantop Center have found a way to circumvent this fundamental limit

DARPA, a research agency at the US Department of Defence, has just assigned a DKK 9 million grant to the Center for Quantum Optics (Quantop) at the Niels Bohr Institute.

The grant has been assigned to make prototypes that can measure extremely small magnetic fields, forces and electric signals.

Such devices could be used to detect explosives and measure brain or heart impulses.

According to Professor Eugene Polzik, Director of the Quantop Center, what is interesting about these hi-tech sensors is that their functioning is based on the laws of quantum mechanics.

»Quantum mechanics is a weird thing, because at the atomic level the particles do not behave the way we are supposed to,« he says.

»For example, the laws of quantum mechanics say that when you measure something, you change it. And this is a fundamental challenge. How can we measure a very small magnetic field with high precision if quantum physics tells us that we change it while we measure it?«.

Laser light is ‘as if’ it was cold

Even though the rules of quantum mechanics are strict, these rules can be used for applications that were unthinkable just ten years ago. In physics, for example, the usual approach to measure small fields and tiny forces is to work at very low temperatures, around -269 degrees Celsius.

Polzik will use another approach, based on laser light.

»The light of a good laser is a zero temperature object, because its fluctuations are the minimum allowed by quantum mechanics. So we can use it to have a system that at room temperature behaves as if it was at -273 Celsius degrees,« he says.

The research work done for DARPA at the Quantop Center is non-classified, so the results will be public.

»DARPA has programme officers that show up at conferences and suggest to people that they should apply for specific research grants.«

»This is quite nice, because Americans give money to European research groups, while it is never the other way around,« Professor Eugene Polzik explains.