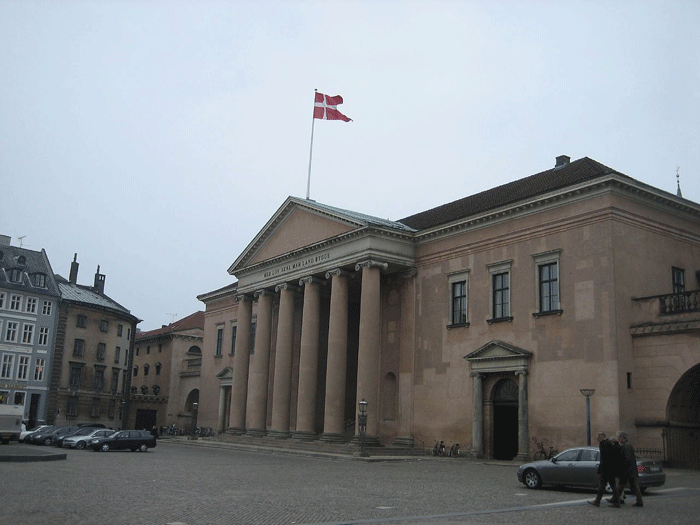 DANISH NEWS - 'It was just for fun,' said law student in court when quizzed about anti-semitism, Islamic State text messages

“I have an extreme sense of humour.”

This was the explanation given by a law student to explain text messages found on his phone. He was charged with illegal possession of weapons earlier this week, according to Danish news site Ekstrabladet.dk.

A group of four people, including a law student and three students of education, appeared before a court hearing Monday, after being arrested last year when they attempted to transport two submachine guns from Sweden to Denmark. Swedish and Danish police were involved in their arrest which took place on the Øresund Bridge just after the four attempted to ditch their weapons.

The four are charged only with the possession of illegal weapons. But a series of text messages found on the 25-year-old law student’s phone were brought up by the prosecutor. This raised doubts about the young man’s motives for acquiring guns.

The texts mention anti-semitism, Islamic State, and possible attacks. It was when asked about the intention of these texts, the law student responded it was all to do with humour:

“I know it can sound extreme, but I’m a jester and I like to kid around,” the 25-year-old said.

Denies connection to IS

He denied being part of the Salafist grouping known as ‘Kaldet til Islam’ (The call to Islam) as well as his having friends connected to the Islamic State. In a previous hearing he has explained that he was being blackmailed to transport the weapons.

The case against the group began last week. Charged with the possession of illegal weapons, three of the men plead not guilty. The last of the four, the 25-year-old law student, partially admits to the possession of the two ‘Scorpion’ submachine guns.

On social media, students on the University of Copenhagen law group are commenting the case. *Guaranteed [that he] is not the only unworthy type on our poor overburdened study programme,” writes one user.

The court has not yet reached a verdict.