Law students ready to make ‘the best deal’ in contest 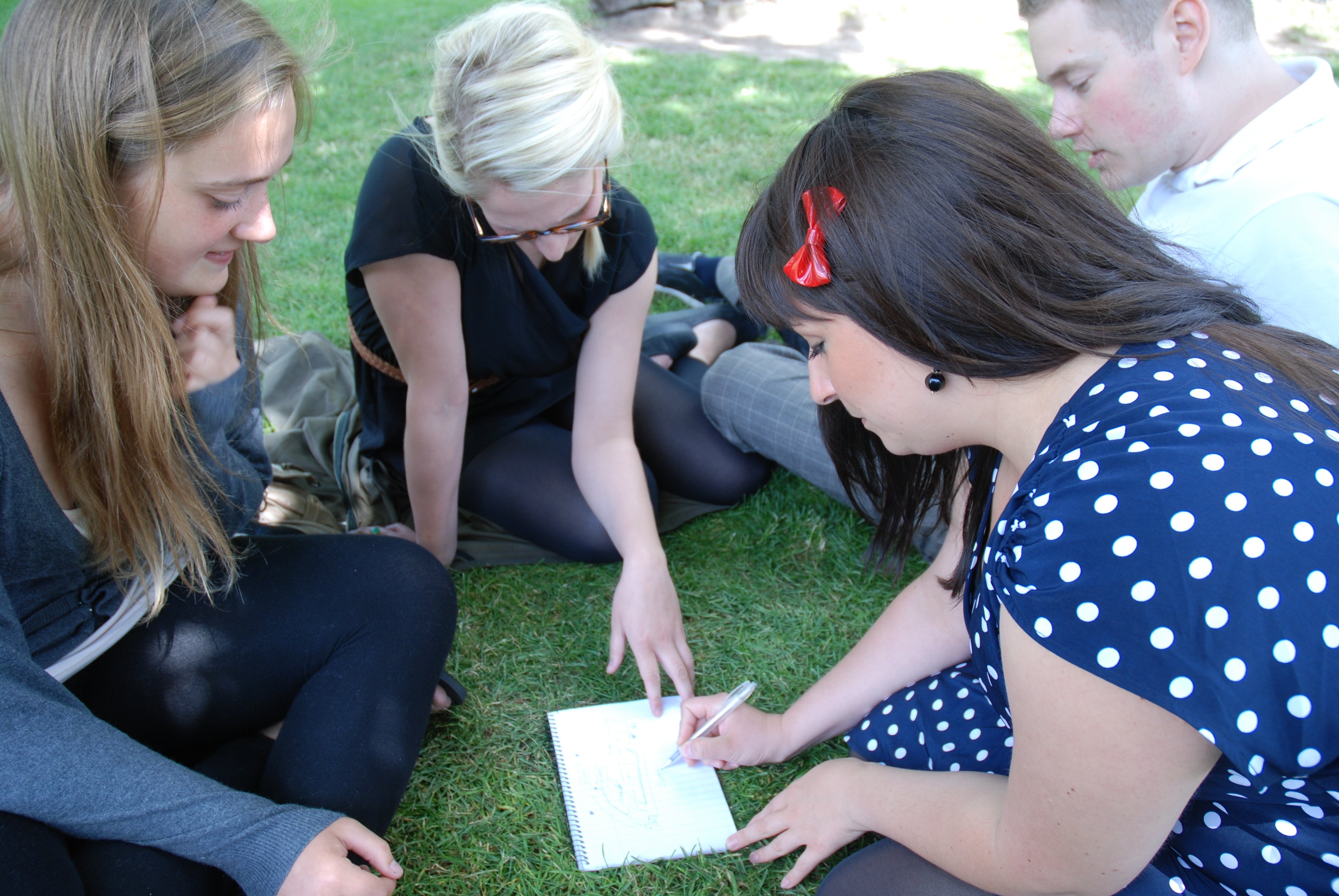 Copenhagen negotiating team discuss strategy in the Kongens Have park. After this picture was taken, they were ousted from the finals, which takes place in October. (From left to right) Nanna Biener, Louise Hilton, Annabella Stoica, Mikkel Øskov
image: Mike Young

This is in short, the object of the annual negotiation game hosted by the Faculty of Law, the Copenhagen Competition, with student legal teams from eight countries in Copenhagen for the playoffs in October.

Candidate teams, including the Copenhagen team, have submitted written negotiation positions. If selected to be one of the final eight, they will be a part of the oral negotiation in Copenhagen. Here they will represent fictive nations, nations that will argue their case pretty much like their own countries do in real international negotiations.

The Copenhagen team was interviewed by the University Post prior to the first selection today Tuesday. At this time they were still uncertain whether they had achieved a spot among the final eight. Unfortunately as it turned out. They did not make the finals.

»We get a fictitious state. But you have to show that there is a balance between the state you represent and the position that you uphold in the negotations,« explained Annabella Stoica, a member of the Copenhagen team, adding that they have spent six weeks on their submission to the contest.

While last year had climate policy as the subject, this year’s bargaining will be over access to medicines: Should countries be allowed to enforce patents on medicine in developing countries?

Just like in real negotiations, much of the wheeling and dealing can take place outside the official negotiating room, as teams attempt to form alliances.

»Just like in the real world we can attempt to persuade the other teams at the different social events surrounding the competition. Other teams may have the same interests as us, and it is here that we can sound them out,« said Nanna Biener another Copenhagen team member.

»Unfortunately we are not allowed to give out gifts!«, she added with a smile.