Lawyer to fight for students cheated by immigration law 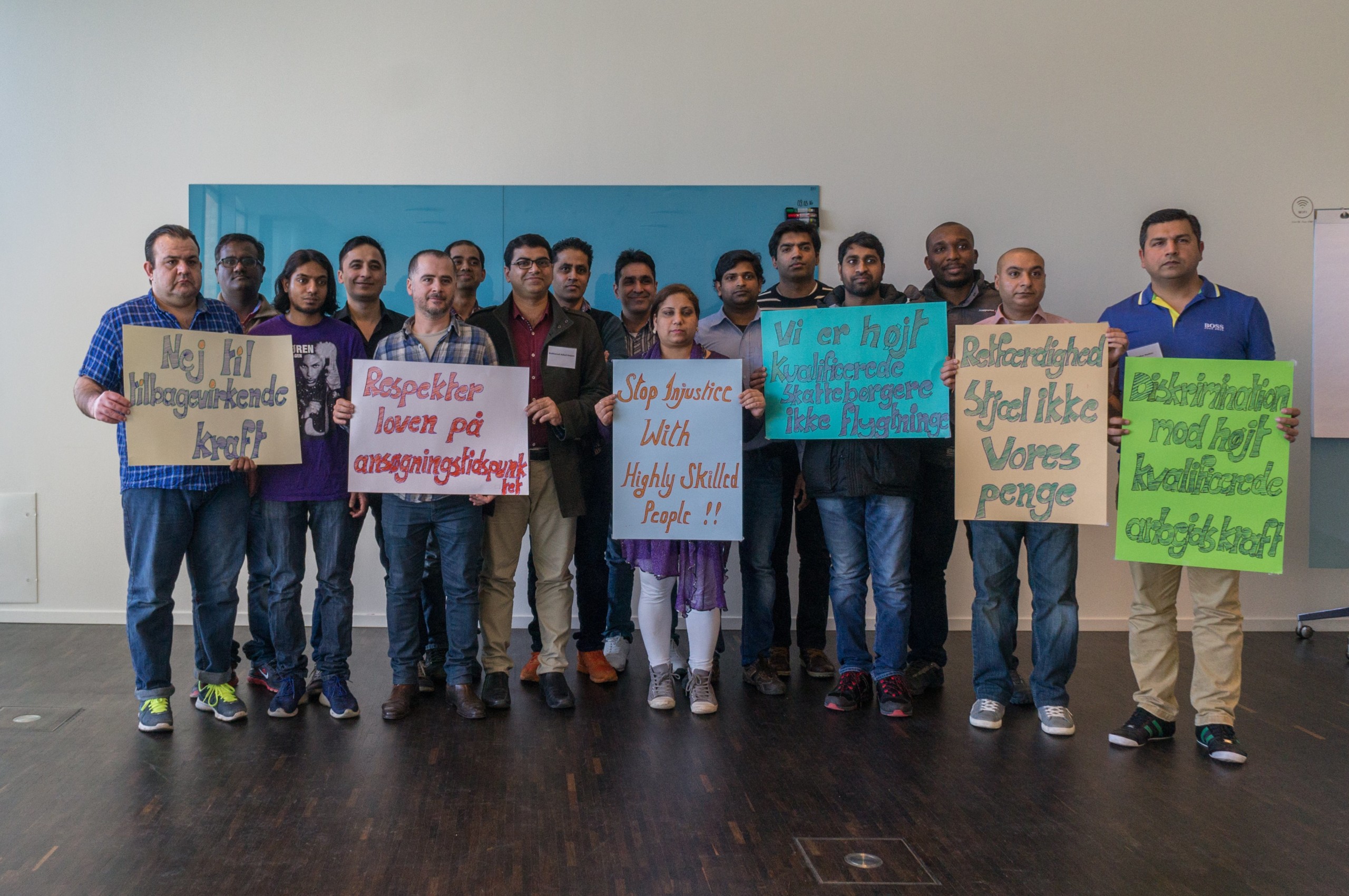 All affected by the new changes to the Immigration Law
image: Yifan Liu

”They not only took my money, but also my future”.
”The Danish government cheated us”.
”We didn’t come here, they invited us here. Now they are making a fool of us”.

Just a few comments from the press conference Tuesday organized for those affected by a new changes to the Immigration Law passed one and a half months ago.

The press conference was organized with the help of two lawyers – Aage Kramp and Aleksei Martinyk. Kramp has worked with immigration issues for 12 years and is now providing legal aid to those who have lived in Denmark under the previous Immigration Law and are now disqualified from getting a permanent residence due to the latest changes.

”The Danish government does not live up to the predictability standard of a government in a developed democratic country,” says Kramp.

The main points addressed at the conference were:

● The changes were made effective retroactively, which means that the law was passed 26 January 2016, but applied to everyone who applied for a permanent residence 10 December 2015 and onwards. The government did not inform applicants about it until 6 January 2016.

● The Danish government is not willing to issue a refund of the fees to the applicants who were affected and were not informed in time. The sum of the fees is estimated to be around DKK five million , according to Kramp.

● The Danish government failed to admit that international students and green card holders are different social groups from refugees and are supposed to be treated respectively.

Willing to go to court

Kramp is willing to take the Danish government to court and represent the permanent residence applicants who have been affected by the new law.

”I think we have a very good chance to win a court case, but it will probably have to go to the supreme court,” he says.

However, a lawsuit would take at least a few years and by that time those, who have been affected, may already have got their permanent residence in some other way. Kramp is now therefore focusing on working with media and political pressure in hopes that the government will be forced to at least give back the application fee.

”We need a much larger support from international students,” says Kramp. The group has had weekly meetings on Tuesdays for some time now, but it was not until last week the students affected by the new rules first began to appear.

”Students are far less organized,” says Kramp, who would like to encourage students affected by the new rules to come forward and join the campaign to at least get the application fees back.

There are about 300 members on the Facebook group Voice for Justice – Denmark Unfair PR rules, all of whom are affected by the new permanent residence rules one way or another. The official number of people getting their application turned down because they applied during the transition period, however, is said to be around 1,500.

Afsana B. Hasan is one of the students affected and shares her story with the University Post.

”I have sold my apartment from my country for an international degree here,” she says.

Afsana was expecting to stay in Denmark to work after her studies and get a permanent residence permit after she has had stayed here for five years. The new rules, however, have blurred her future in Denmark and filled everything with uncertainty.

”In future, students around the world will not consider Denmark as a feasible country for integration and will avoid Denmark,” says Afsana. She pointed out that education is also a process of integration and by taking studying out of the qualification for the permanent residence the Danish government is stopping international students from integrating into the Danish society.

In 2012 the law was relaxex making it possible for students to apply for a permanent residence after having stayed in Denmark for five years. Now, the requirements have become stricter again. According to Kramp, it’s like the Danish government changes the law every time they find out that people have actually started applying for it.

The latest changes have been especially difficult because the government did not inform the general public about them in advance therefore not giving enough time for the public to debate on the issue.