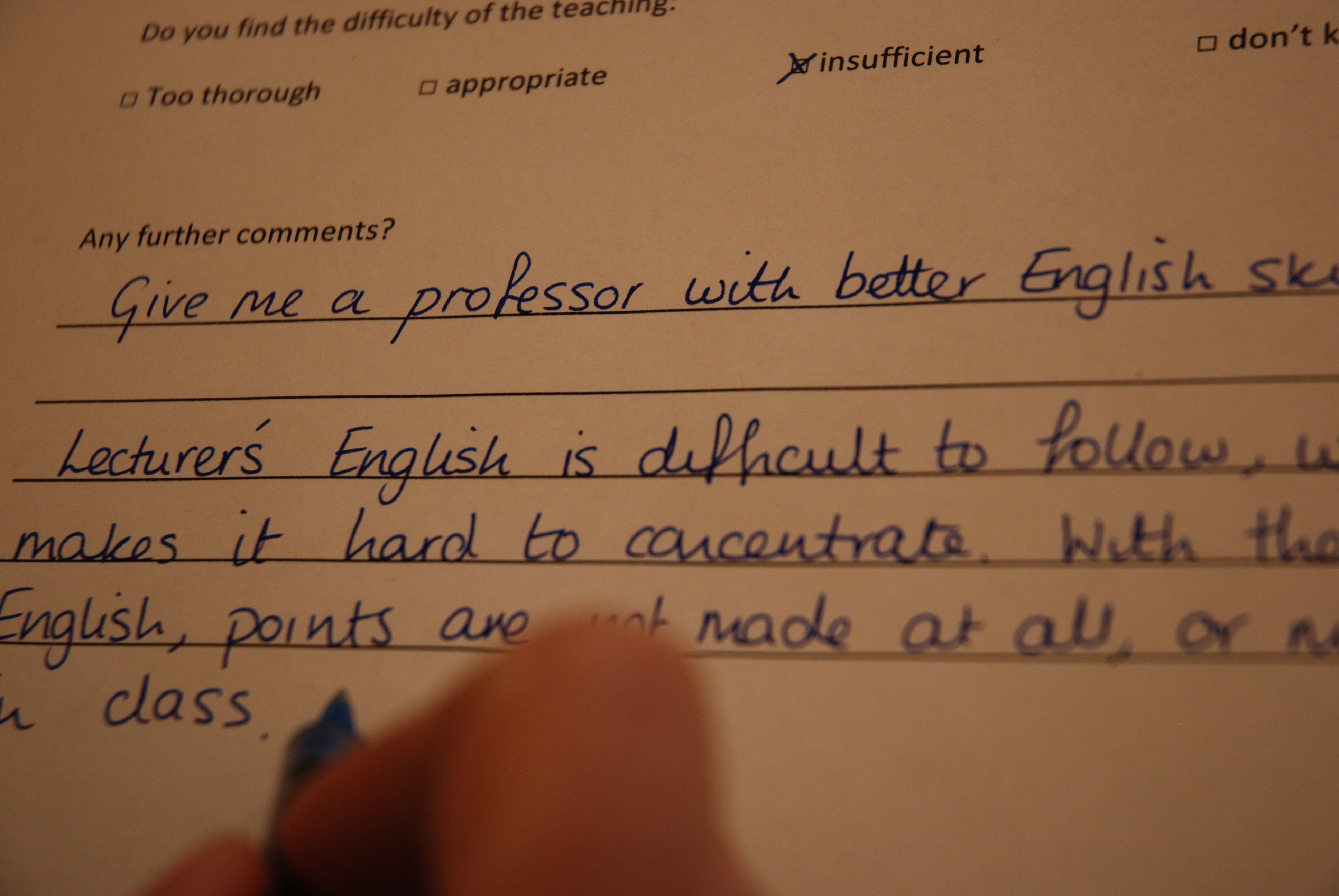 Students said he was hard to understand. He countered with a four-page written response: Their evaluation was flawed

Leopold Galicki has a Polish accent. This, he would be the first to admit.

But a poor student assessment of his English-language skills in teaching Marginalization in Sociology at the University of Copenhagen spilled over into an evaluation of the content, and this provoked him: provoked him so much, he decided to respond, using the evaluation to prove a point to students about marginalization itself.

In the evaluation, one student said that his »English is difficult to follow/understand, which makes it hard to concentrate. I feel that with the bad English points are not made at all or made well in class«.

Student evaluations are anonymous, but lecturers can cross-check and can see whether one particular student, who evaluates the English negatively, also evaluates negatively under other rubrics.

Critique was out of proportion

And this is precisely the problem, according to Leopold Galicki. He can see that a low evaluation of the English in a few students has affected the evaluation of his teaching and the course content in the same students.

This means that the assessment of his language skills skews the objectivity of the student evaluation as a whole.

In a bizarre example, a student who self-reported that she or he had read 20 per cent of the course readings, found the difficulty of the teaching insufficient, the academic standard not good, and that the points are not made well in class.

»I have received critical remarks before, but this time the critique from specifically two students was unacceptable, as it was completely out of proportion« he says to the University Post.

Read the article A new look at teaching in English here.

Tolerance is important too

He responded to the evaluation by sending to his students a four-page 1500-word analysis.

»It is a fluid border between accepting objective criticism and taking it personally. But this time it was an impossible critique, and judging from my feedback since then, the students have been positively surprised by my reaction,« he says.

For Leopold Galicki, his evaluation raises another controversial issue. Should academics be fluent in the language they teach? Some students clearly expect fluent English in an English-language course, he says.

»But I think that the level of English is only relevant in so far as it allows the teacher to teach a certain conceptual apparatus. A teacher may have some accent problems, and we teachers have different English capabilities, but students should be tolerant of this.

»A class where the students and the teacher have different English capabilities is itself a challenge. It is important to exercise this in the global village, and it is more challenging than sitting in a class where all talk Cambridge- or Princeton-English,« he says.

He goes on to argue that »students should only graduate from university if they are open to what we at first sight may regard as strange, unfamiliar, and not easy to understand«.