Lecturer: We need to learn to say 'they' in the singular – it is not that hard 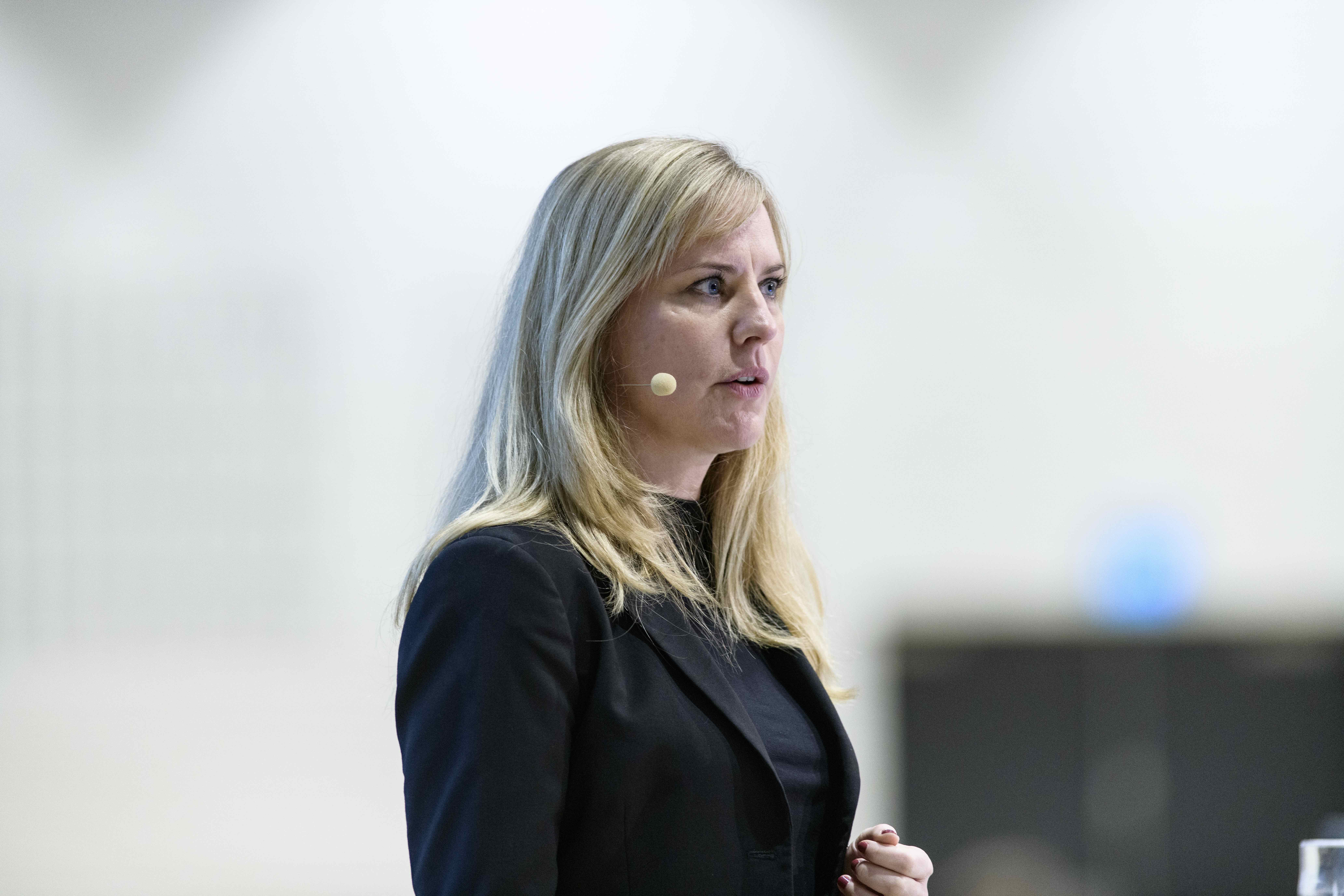 Forms of address — »Ladies and gentleman,« Mille Mortensen said in the classroom with several non-binary students. And put her foot in it. She says that head of department Mette Sandbye's recommendations to ensure that all students are included would have been the help that she had needed.

The University of Copenhagen is again at the centre of a fierce debate on identity politics after the University Post and TV 2 made the public aware that management at the Department of Arts and Cultural Studies had sent an email to the department’s teaching staff with three recommendations on how to ensure inclusion of non-binary and trans people in the classroom.

What happens is that, at least twice, I have to call to order after the break and say ‘ladies and … gentleman’

A number of major Danish media outlets, including TV 2, Jyllands-Posten, Berlingske, Politiken and Radio24syv, covered the story that the university’s teaching staff are encouraged to use names instead of gendered pronouns when they address and refer to students.

Søren Espersen from the Danish People’s Party said that he was furious about no longer being able »to say he/she.«

Read also: Inclusive speech: Teaching staff at the Faculty of Humanities are now being urged to use gender-neutral terms

In the email from Mette Sandbye one of the recommendations is to »avoid summoning/calling out to groups of students with gendered terms like ladies/girls or lads/boys.«

This particular recommendation would have been valuable to Mille Mortensen, an external associate professor at the Faculty of Social Sciences. She held the course Researching Social Change at the University of Copenhagen with her colleague Hanne Bess Boelsbjerg.

Mille Mortensen does research on  and teaches psychology and sociology.

The ladies and the gentleman!

Mille Mortensen recounts how, on the second day of the course, she used the term “ladies and …  the gentleman” to call the class to order, unaware that there were several non-binaries among the students. They had the day before asked her colleague to be addressed as ‘they’ rather than ‘he’ or ‘she’ in a presentation round.

»What happens is that I, at least twice, call to order after the break and say ‘ladies and … the gentleman’, referring to the biological gender that I seem to observe,« she says.

None of the students react the first time to Mille Mortensen’s summons, but two days later there is tension when the class has a discussion in the teaching about the culture of disagreement. The concept means to be able to agree to disagree so you peacefully respect each other’s different positions.

A student puts up their hand and says that it can be quite difficult as a non-binary to agree to disagree if a does not understand and respect a non-binary gender identity.

As a result of the discussion, Mille Mortensen asks a student for help in understanding why there was an unpleasant atmosphere in the room, and the context dawns on her.

I understand this as a help to teachers, and my first thought was: Well done, I'll use that.

Mille Mortensen on the IKK management's email to the teaching staff

» tell me what it’s like to be a minority and feel excluded, not to be seen, and about the huge consequences that it has. In this case, the illness was to such an extent that there was a need for medication,« says Mille Mortensen.

»Damn!« was her reaction, when she only after the end of the course realised that she had overlooked some people by addressing the class as she did.

»From a binary point of view, the language is very gendered. We say he and she all the time. It must have been one of these situations where they have really felt offended, and I can understand this,« she says.

Mille Mortensen’s reaction to the email sent by the management of the Department of Arts and Cultural Studies was somewhat different from the aforementioned Søren Espersen from the Danish People’s Party. She does not consider the email as a prohibition on teaching staff, but as a guide for dealing with sensitive and important issues.

Practice using ‘they’ as a singular pronoun

»I feel that the head of department has been courageous and addressed something that is difficult, vulnerable and important. I understand this as a help to teachers, and my first thought was: Well done, I’ll use that,« says Mille Mortensen.

»If I were to be quite honest, I don’t understand why it can lead to such a furore. I do not really think that it is particularly complex or hard to comply with these people’s wishes, we just need to practise it.«

Why is it so important to comply with the wishes of minorities?

»Because for human beings, being stigmatised and excluded, can actually lead to illness. If you are not seen as that person that you experience yourself, it can lead to illness. This often triggers a huge sense of loneliness. We know this from the research,« says Mille Mortensen.

Read also: Overview: How the University of Copenhagen ended up at the centre of a debate over giving offence

Why is it so difficult? Why can’t we just get used to calling each other by our names?

Mille Mortensen’s research shows that bullying and offensive actions arise where we have not done enough to ensure that a community has space for everyone.

That is why diversity and inclusiveness are the keywords, according to Mille Mortensen:

»I would like to ask the question the other way around: Why is it so difficult? Why can’t we just get used to calling each other by our names? Why can we not practice saying ‘they’ instead of ‘he’ and ‘she’?«

»I would like some patience, as it is actually not very difficult. We just use name tags,« says Mille Mortensen.