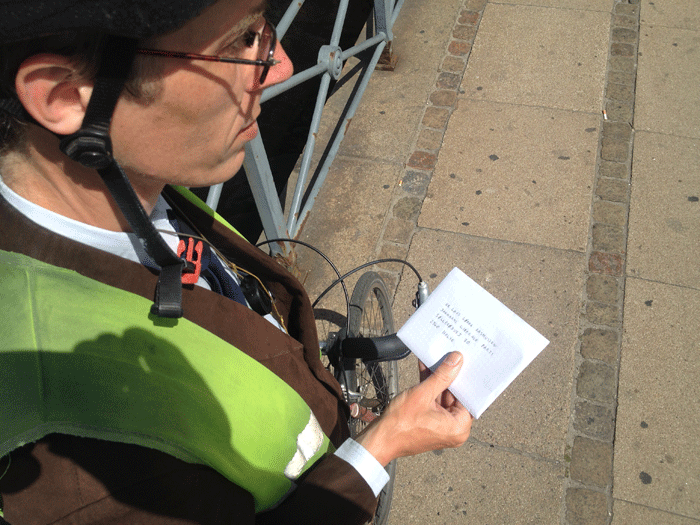 The Danish Liberal Party’s (Venstre) Secretary General, Claus Richter, has responded to the UK physicist who cycled from London all the way to Copenhagen to deliver his letter of protest against Danish research cuts.

The 47-year old physicist Alex MacDowell cycled from London via Holland and Germany after hearing about cuts to research funding in Denmark. He delivered personally letters of protest to all Danish party leaders.

Angered by Danish research cuts – rode his bike from London

Claus Richter’s response has been forwarded to the University Post. We have his permission to publish the response letter.Below is his letter in full:

First of all, I am very impressed that you took the effort to bike from London to Copenhagen! I am convinced that you feel very deeply for this issue and I will do my best to answer your concerns.

In The Danish Liberal Party, we are firm believers in education and research as one of the most important means to achieve a better future for the generations to come. That is why education is completely free in Denmark, that is why we pay our students to study, and that is why we have continually supported a high level of public research funding.

As you can see from The Danish Statistics, the amount of money spend on research is still very high.

Furthermore, the Danish level of investment in green technology is among the highest in the world. And our private healthcare industry is leading the world with companies as Novo Nordisk.

When comparing Denmark to the rest of the world we are a leading player in research and technology. It is our ambition to remain as such.