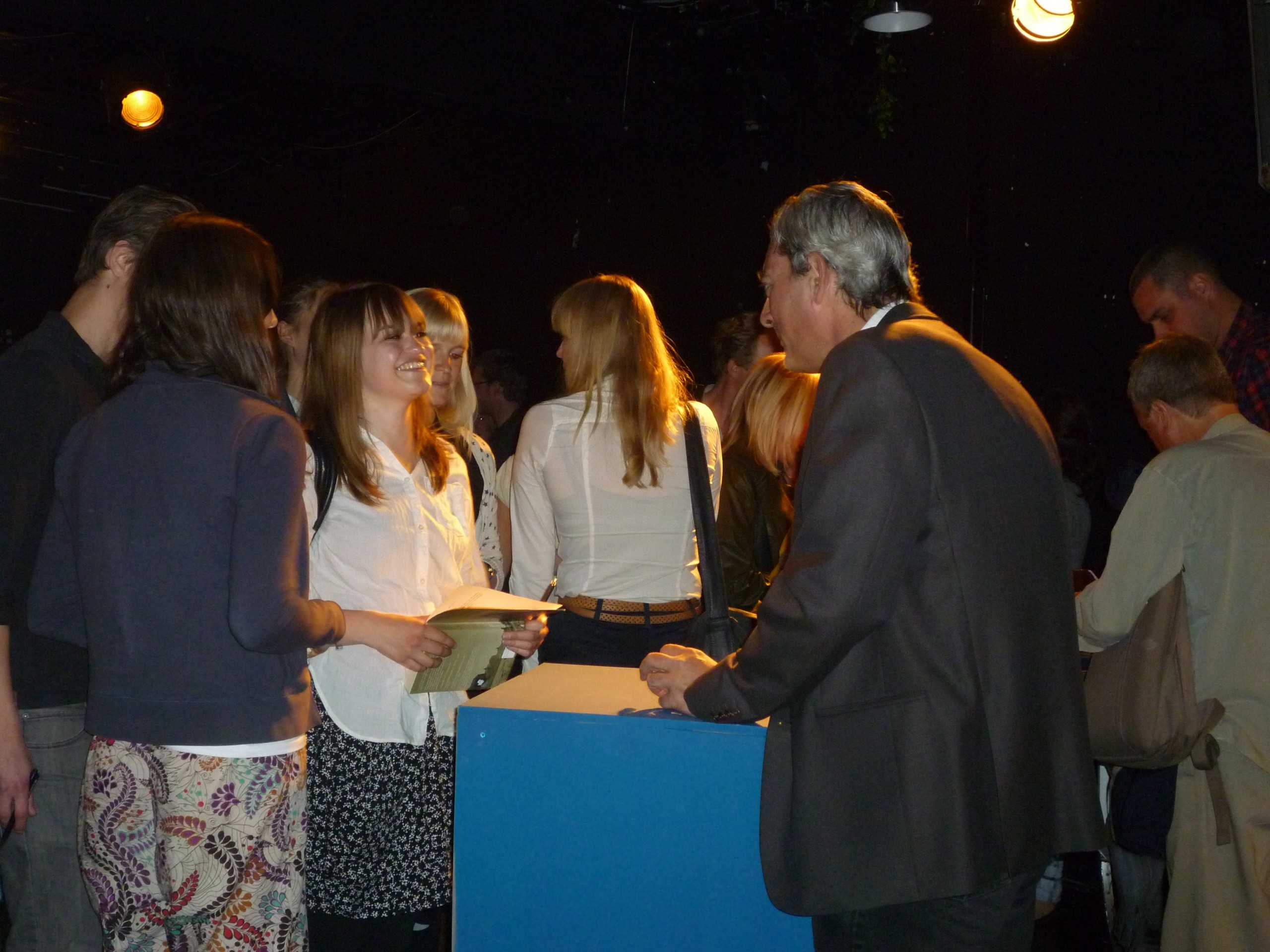 Superstar author Paul Auster visited Copenhagen last week to receive a title as honorary alumnus at the University of Copenhagen. This reporter was invited to a closed session of dialogue on his literature

In his hometown New York he is not the icon he has come to be to his Danish audience. And it is hard to understand why his particular style has captured the Danish imagination. But the fact remains that in this country, which has fewer people than the city he lives in, he is a superstar.

The location is the stage called ‘Planeten’ on the 4th floor of ‘Huset’. I, along with a select group of students and researchers, have been invited to something as rare and exciting as a dialogue with Auster, arranged by the CPH:LITT festival.

Fans ready to stalk him

Close by, a couple of young Danish female students of English literature chat about the other Auster-event they attended just the night before.

»We are going to follow him around the city. We will stalk him… in a nice way.« they giggle.

So the great author himself arrives, and the room falls quiet. The entire audience holds its collective breath so as not to miss a word of the casual conversation about literary themes, politics and, of course, New York.

One Danish PhD student asks about the New York dimension to Auster’s writing. Paul Auster describes New York as ‘the tower of Babel’ – it is really many cities all at once.

He praises New York’s tolerance, level of education and intellectualism, and disparages the rest of the US.

»I do find a great divide between New York and the United States. A part of me, I guess the angry part, would like to see New York secede and become an independent city-state!«

Moved by reception of his work

Moving on, the dialogue centres on his 1987 dystopia ‘In the Country of Last Things’, which draws it’s inspiration from among other things the garbage-system of Cairo and the siege of Stalingrad. Paul Auster describes how this book was received, not by the critics, but by people living in the midst of historical conflicts.

»This was probably the most moving thing that ever happened to me as a novelist. During the siege of Sarajevo in the early 90s, a foreign journalist had this novel with him. He met a young Bosnian theatre director there.«

Paul Auster describes how this young Bosnian theatre director was reluctant at first to read the novel. But he did, and he later contacted Paul Auster. Paul Auster retells what he said:

»He said to me: ‘Why would I want to read an American novel that was written 10 years ago; what does that have to do with me?’. But he started reading it, and then he understood that he was reading an accurate portrait of what was going in the city of Sarajevo at that moment.«

The director was so inspired by this book that he converted it to a play set during the siege, Paul Auster recounts.

»I can’t tell you how glad I was that a book I had written could say something to people living in these kind of conditions. So this book lives on, even though it is the one that is least talked about and least read. It’s a kind of orphan book.«

A question from the panel brings up the fact that many writers in Paul Auster’s books give up writing to do something ‘in the real world’, and this leads to a discussion of politics. Paul Auster clarifies that he does read the paper, he does watch the news, and he does vote.

But he does not believe in political writing.

»Political writing is usually not very good art. These are cruder books; less interesting on any other level except that they are agitating for certain changes in society.«

As the final loud applause die out, the audience surges forward to get their books signed, hoping to exchange a few words with the author himself.