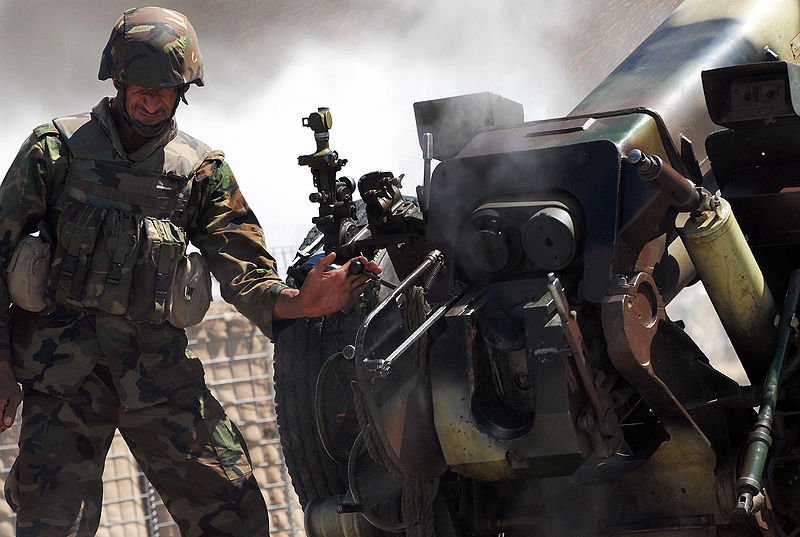 War, military tactics and pirates are some of the research areas covered by the University of Copenhagen Centre for Military Studies
image: Wikimedia commons. Spc. Matthew Thompson, USA

Yes, indeed. The university boasts a brand new Centre for Military Studies. And the researchers there like studying pirates. The Post asks researcher Major Esben Larsen if it really is as exciting as it sounds

Since April 2010, the Centre for Military Studies has been a part of the University of Copenhagen’s Department of Political Science.

In June, they held a conference on pirates. The Somali kind, rather than the parrot, wooden leg and eye-patch stereotype. They also have a blog about war, and tactics and whether or not Denmark should pull out of Afghanistan (in Danish only).

And they produce reports with catchy titles like: »Never gonna give you up« (about the idea of abandoning military conscription).

But are war studies really as exciting as they sound?
»Yes indeed! Normally you have the military that is closed and focussed in on itself, with its own doctrines. And on the other had you have the world of academia, which tends to focus on international relations, for example. With the combination of both there is a synergy. The two kinds of expertise are combined to give better policy recommendations,« says Esben Larsen.

And if you are still not convinced, just remember that they study pirates. Pirates are always fun.

In our new series little-known uni-facts, we look at some of the weird or surprising stuff hidden in the corners of our university. Any ideas? Write to us at luci@adm.ku.dk