Love affair with all things Danish 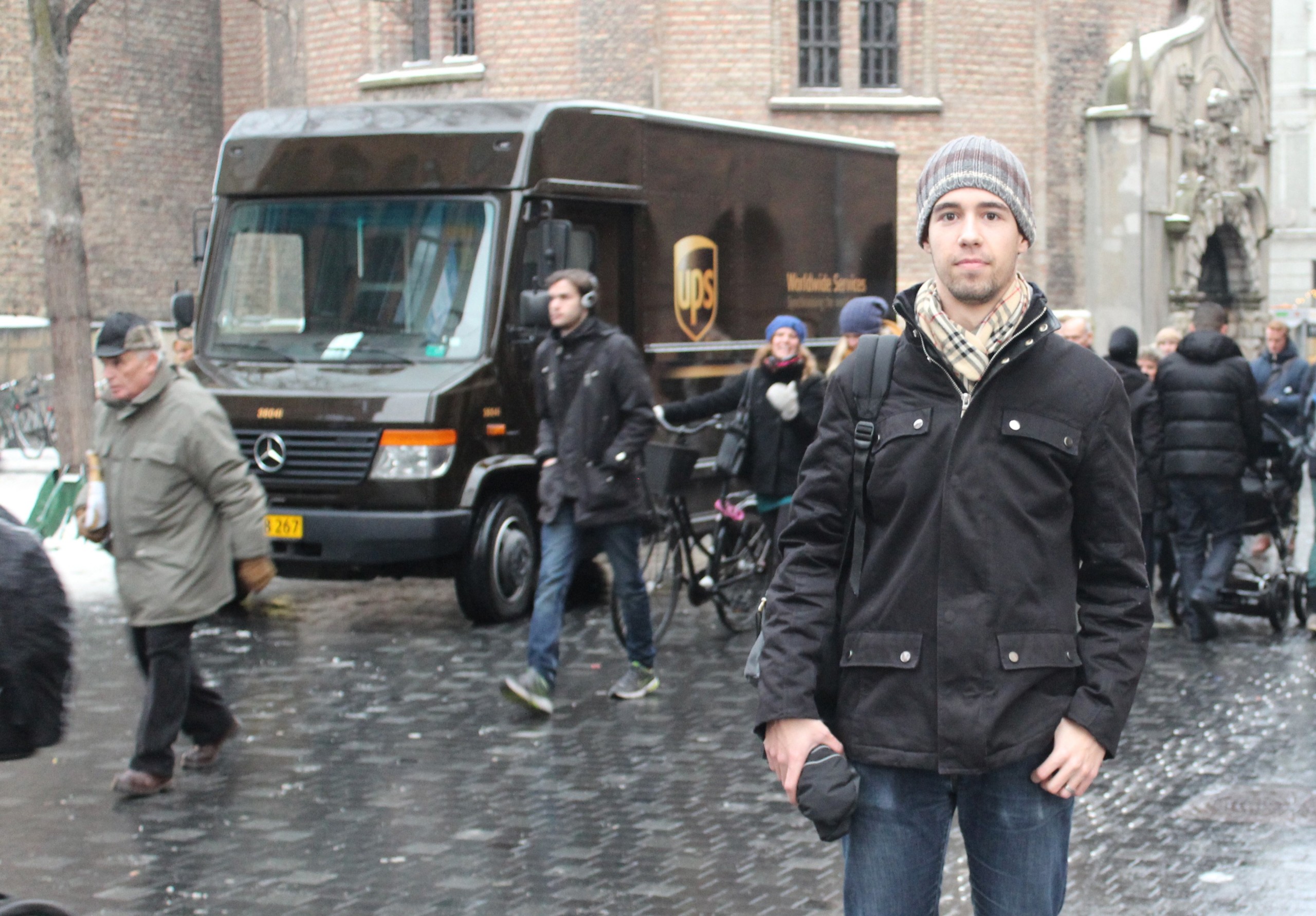 Jonathan in front of the Round Tower in Copenhagen.
image: Erin Davie

For French PhD student, this country lives up to a fairy tale image

Back home in Paris, they call him ‘The Dane’.

He volunteers at a Danish museum, helps students come to Denmark through the French Embassy, he is trying to save a Danish department in his home university in Sorbonne, and he organizes meetings between French and Danish museums. And he is doing a PhD in Danish art’s history.

So there is no hiding that Jonathan Levy is, actually, French.

»My favourite colour is now red, like the Danish flag, like the blood in my veins, and like everything which makes me feel alive everyday: love and passion.«

In the beginning, his story wasn’t so different from other students at university.

Like many others, he was uncertain about his future. And after completing his Bachelor’s in history he was having difficulties finding a job in Paris.

At his home university, Sorbonne, Jonathan was waiting for a friend, and he happened to glance through a window. Captivated, he saw five students and a teacher in a room smiling and laughing.

He didn’t know what they were studying, but Jonathan immediately wanted to be a part of it.

The teacher waved him in. It turns out they were studying, of all things, Danish.

Friends laughed at him

Before he knew it, he was studying Danish for six hours per week and soon found himself watching Disney movies with Danish text to help him learn.

»I discovered some letters that I had never seen before, Å, Ø, Æ. It was like I was learning a language from another planet. Maybe Danish was the key to finding my way home … « he says.

His friends laughed at him for learning Danish, but Jonathan knew he was on to something. So he did a two month summer course in the Danish language in Aarhus, Denmark.

Then Jonathan started working at Disneyland Paris full time. At the time he spoke French, English and Spanish, but was too shy to speak any of his, at this time, rudimentary Danish to guests.

Fortunately, the duty manager of the park heard about a »crazy French guy who spoke Danish and was doing a great job with the guests,« as Jonathan puts it, and thought he could be useful in the Guest Relations department. He interviewed for the job, in Danish, and got it.

Now, Jonathan is back in Copenhagen doing a PhD on Danish art.

»I want to find a new way to consider art from the middle 19th century period because in Denmark most art historians talk about the Golden Age and Skagen. This period is relatively unknown«.

On the side, he promotes France in Denmark, and Denmark in France.

»Denmark and France share a lot in common and people do not know this. I think the exchange between both countries is not as much as it could be. There are things they could do together,« Jonathan says.

He is currently working on the project ‘Danish Fremad’ for international students around the world who speak Danish. People who speak Danish natively and wish to practice other languages, or vice versa, can arrange to meet up with others and practice their language skills. Check out the Facebook page here.

An art history teacher in France, maybe Denmark – or working at the Danish or French embassy, building a bridge between the two countries.

Learning Danish seems to have opened many doors for him.

Today, Jonathan, says he is »the happiest guy in the world«.

In an email to the University Post that sparked this interview, he quotes the 19th century Danish fairy tale writer Hans Christian Andersen:

It is a small country,
but it encompasses the world
wherever the Danes’ song
and strikes of chisel are heard.