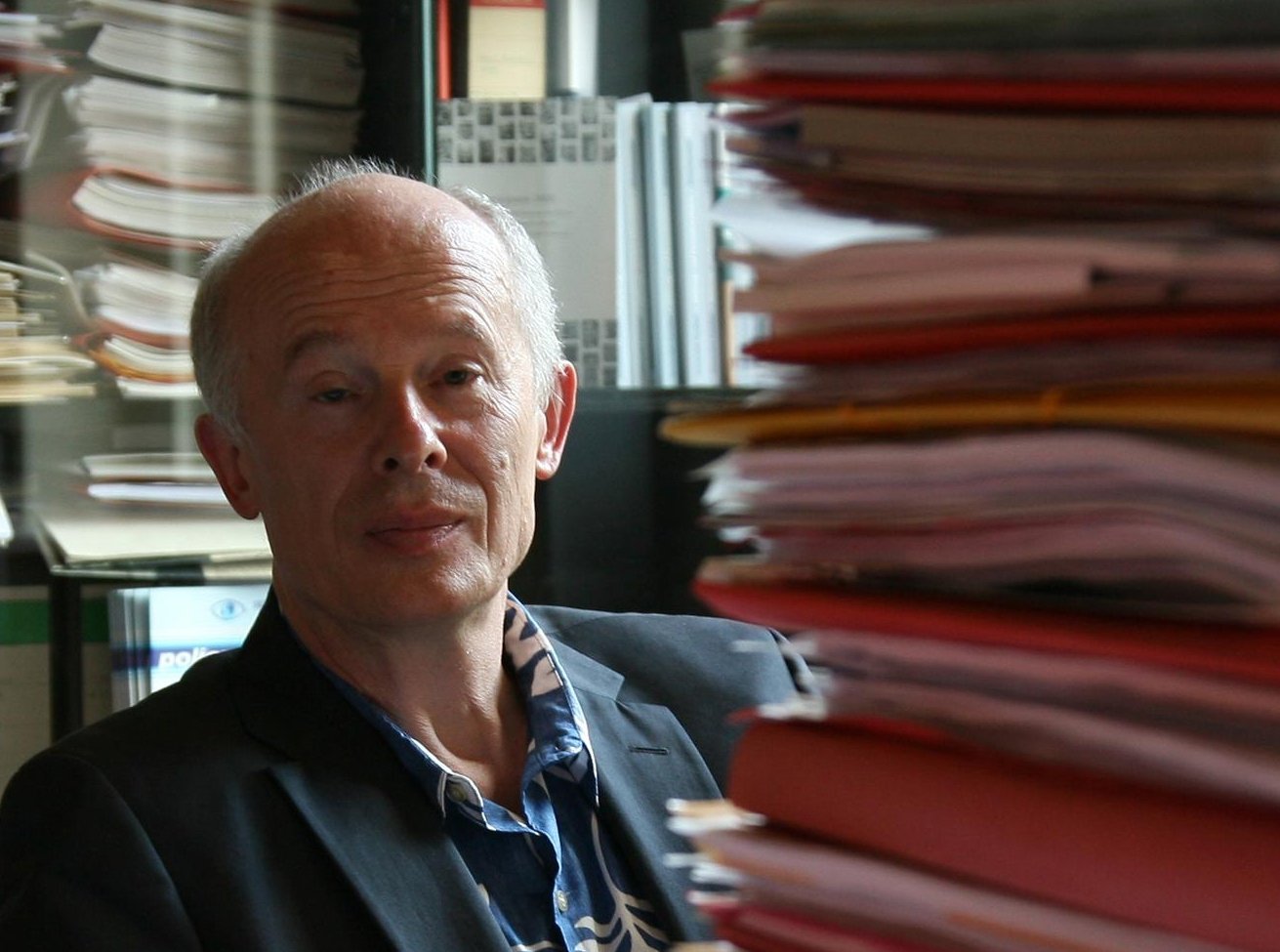 We have learned more about the tipping point of the Greenland ice sheet, and it’s risky, says Hans Joachim Schellnhuber
image: Hollin, DBU

On the eve of COP 17, the University Post asked one of the most respected climate experts for his assessment of the state of the world

As we go to press, the COP 17 climate conference in Durban is in motion, feeding the annual swing between climate change optimism and disappointment

German scientist Hans Joachim Schellnhuber, a long-standing member of the Nobel Prize-winning International Panel for Climate Change, is, if anyone, a scientist who can give an accurate assessment of where the climate is right now.

He was recently awarded an honorary doctorate at the University of Copenhagen, and it was while he was on his way to the airport in Berlin bound for Copenhagen to get this honour, that we caught up with him for a phone interview.

Embers have burnt down

Key to his 2009 lecture in Copenhagen was his version of a burning embers diagram, where vertical stacks represent specific climate problems, like biodiversity. The stacks are yellow at the bottom, turning into red. A horizontal line representing two degrees of warming cuts through the stacks, at a point where several of the stacks are already red. Danger red.

When you last spoke at the University of Copenhagen in 2009 you showed the ‘Burning Embers’ diagram. Which aspects of this diagram have generated more concern since?

»If we review it again in a few years from now the red will probably have come further down, so to speak. There are signs that most coral reefs will probably already be lost with global warming of 1.5 degrees Celsius.«

»We have also learned much more about the tipping point of the Greenland ice sheet. Here again we have much more evidence that going beyond two degrees is extremely risky. We need 5-10 more years to put solid numbers behind that. But the trend is absolutely clear. It’s less clear when you talk about extreme events, such as droughts and storms. I think in terms of ecosystems, and tipping points, we have learned a lot in the past two years.«

»Ocean acidification is also very important. This generates a huge impact on the fisheries. On the other hand, we have finally set up models at the Potsdam Institute, as well as other places, for the Greenland Ice Sheet. We are also working on Asian monsoon systems. We will probably see, more or less, a higher variability in monsoon seasons – years where you have more precipitation as usual, and then one or two years where there are no monsoons. That would be very devastating.«

Last time you were in Copenhagen the scientific consensus was that an increase of two degrees Celsius would result in a global tipping point. How much closer are we to that tipping point now?

»For ecosystems 1.5 degrees Celsius seems to be the tipping point, but for the big systems like monsoon systems and the Greenland Ice Sheet, we still think that below two degrees we are not absolutely safe, but have the chance to avoid big disasters. However, it may turn out that even two degrees is too high.

On the other hand, we have to be realistic. If we are really lucky and everyone is taking on their responsibilities we will probably stop global warming somewhere between two or three degrees.«

Are there any emerging issues that can be added to the ‘burning embers’ diagram?

»There are many things. We had debates in IPCC and we would like to do an update of the burning embers for 2014. That might be extremely powerful. Right now we are working very hard on ecosystems, extreme events, and also on food security. The latter is a truly burning issue. We now have seven billion people on earth, and we will have nine billion before long.«

Does a drastic event need to happen, in terms of some kind of natural disaster, for nations to change their minds about reducing their emissions?

»I hate that idea, but I think that it is not unrealistic. We know what happened in the United States after Hurricane Katrina, there was a change in public mood.«

»It is a tragic thing. People sometimes only wake up if something really disastrous happens. But, there is so much compelling scientific evidence, and my hope is this will bring about change by itself. Let’s hope that the loss in human lives and the damage will be minimal.«

Have there been any new developments, in terms of technological fixes, over the past couple of years that could result in significant changes?

»I think there is one interesting idea being explored right now called methanisation. The big problem for renewable energy is its fluctuation. The wind blows some days, and the other days it doesn’t.«

»So sometimes you have excess energy and another time you have no energy. So the storage of this energy is a big problem. But when excess energy is used for creating hydrogen through electrolysis, then this hydrogen could be converted into methane (natural gas) together with carbon. Then you could take full advantage of the existing natural gas infrastructure which is immense. For example, in Germany alone we have storage for the equivalent of several months of gas consumption. So if you could convert excess energy from renewables into methane using existing infrastructure it could be a fantastic backup system.«

Must think in entire systems

»Also, you could involve carbon capture and storage (CCS). When it would be burned in a gas-fired power plant you could take the carbon out and create methane again. So you could run it in a closed cycle. It sounds like utopia right now. But it should be something that should be pursued. I know that eminent scientists are working on it, including two Nobel laureates.«

»In summary, you have to think in entire systems. All too often we wish to find the one miracle solution. But in the end, you have to invent an alternative system, which is broadly superior to the one that already exists.«

See the second part of this interview here.