Making friends in Copenhagen - Close encounters at the student café 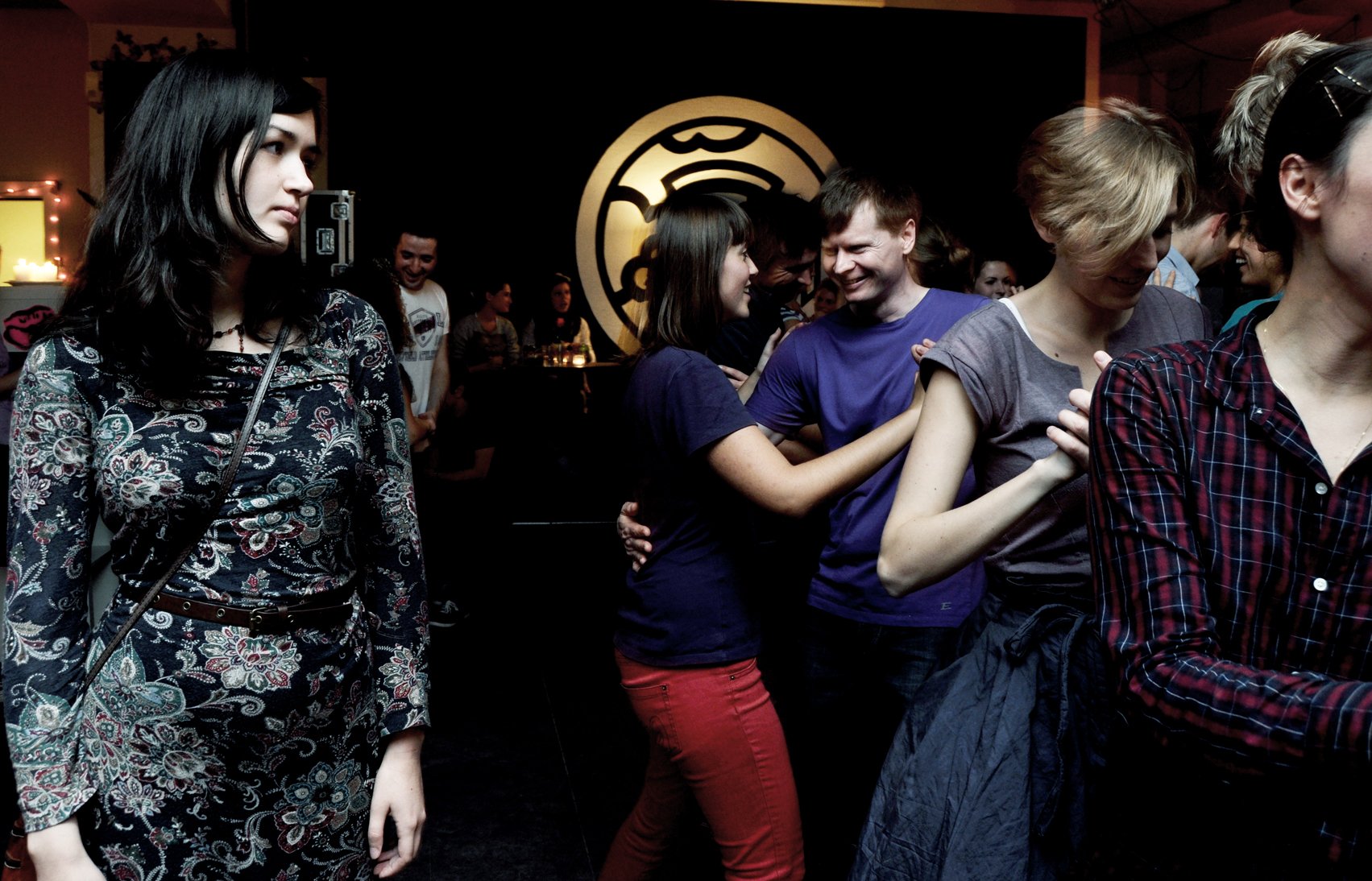 Getting people to step out of their group of friends proved impossible for our reporter. This photo was staged subsequently to the experiment in the same venue
image: Andrew Bartle

Can we make a new friend in one hour? This reporter set up a social experiment

Let us be honest. We usually come and go from a party with the same old friends. At least I do. We seldom have deep conversations with a complete stranger. But then how are we ever going to make new friends?

The University Post had given me the task of going straight into what should be a friendship battlefield: The international night at Studenterhuset in Copenhagen.

Tonight’s poster has an alluring invitation: ‘Make friends with international students from all over CPH.’ Is this possible? To test this, I will find someone who dares take up the following challenge. Find a friend in one hour. But finding a guinea pig for this experiment turns out to be easier said than done.

I ask Michael Jurowich from Germany. He wrinkles his eyebrows, gives me a long silence and says it is too much pressure: »Friends meet in a context – you feel a connection and strike up a conversation. Such things cannot be done on call.«

It turns out Michael is in Copenhagen on exchange studying international business at Copenhagen Business School (CBS). He is here tonight with a group of his international friends from CBS, most of which he met at parties like The International Night at Studenterhuset.

Michael’s friend Hendrih von Freisberg from Germany also refuses to participate in the friend-finding challenge. But not before leaving three nuggets of advice that he, apparently, does not intend to apply himself tonight:

»Be open-minded and try to overcome the obstacle of approaching people. Drinking helps. Scandinavians are more open at night than during day.«

OK. Think about it. It’s night. People are drinking. Surely this is the right context? I approach the only person sitting alone at a table, apart from me. It turns out to be Orkun, originally from Istanbul. He was an exchange student at the University of Copenhagen while studying for his Bachelor’s degree in Computer Science. He loved it, and decided to stay. Now he is studying his Master’s degree at Aalborg University’s campus in Copenhagen.

According to this international veteran it’s all about how you define ‘friend’. »I can meet 10 new friends in one night just by saying ‘Hi!’. This is because you can choose to swim in the ocean of friends, or be closed in with just three people.«

Orkun prefers to swim in the ocean of friends. But then, shock of shocks, he refuses to participate in my challenge and prefers instead to wait for his old friends to arrive. Perhaps Orkun’s strategy is actually the right one: The Studenterhuset context might not be right for having deep discussions and meeting close friends. But it might be just the right place to add more people on your already extensive Facebook friend list.

The British philosopher Theodore Zeldin warns against this. According to him we spend much too much time on small-talk and informative conversation. This helps us bond, but gives us little opportunity to get to know and understand each other.

»I think we have less and less time for conversation. And the great mystery of our time is what goes on in people’s heads,« he says in a BBC interview.

Zeldin recommends us to ask people personal questions. Such as: What have you rebelled against in the past? What do you rebel against now?

But deep subjects seem out of place at a party.

As I make my way around the room I stumble upon four girls scribbling away at an anthropology assignment. They are two Danish students, one Australian and one Dutch exchange student. They met in anthropology class. With such an interesting debate subject, they have no immediate plan to create a new discussion themselves. As Phoebe Richards from Australia tells me:

»We might meet new people, but we are probably going to stick to our group. Here everyone approaches everyone – so meeting new people should be easy.«

The night progresses and I can see what Phoebe means. When I first arrived alone, I felt lonely. Everywhere I looked people sat in groups. Making eye contact felt awkward. I had to take the first steps and break the silence.

But as the bar packs with people, conversation leaves the boundaries of the groups. Interested strangers start approaching me. Gavin from London, is here to study law. He gives me his pick-up line. »What’s your favourite Disney film?«

That would start quite a debate! The evening turns into night and the dance floor fills up. It seems the best way to meet a stranger in Denmark is to let your body do the talking on the dance floor. I was supposed to leave, but the dance floor drew me towards it, and I could hardly resist.

But then, success! Two girls actually accept to try. Camilla, studying sociology, and Pernille doing secondary school. Then the girls promptly disappear. I hope they have run off with their new friends.

I have got to the stage where I tell myself that I am on my way out. It turns out that I have spotted a new friendship being formed. Sebastian, a sociology exchange student from France, was one of those who refused to take up my challenge earlier this evening.

But it turns out that while he was waiting outside for his old friends to arrive, a new one took a seat beside him. They had the time to share a beer and a chat. Soon Sebastian’s old friends arrived and he left with them, leaving his new friend behind. Perhaps they will add each other as friends on Facebook.

Making friends is all dependent on context, and on pure chance. But there is one piece of advice that I have taken home with me: Don’t be shy. It turns out that for me, I had an easy icebreaker:

»Hi! I am a reporter from the University Post. Can I ask you a few questions?« So this is my suggestion. If you dare. If you are in the right context, feel free to use exactly this question to break the ice.

Write us an e-mail and tell us how your conversation with the stranger went. Can you find a new friend?