Mapping the human brain through worms 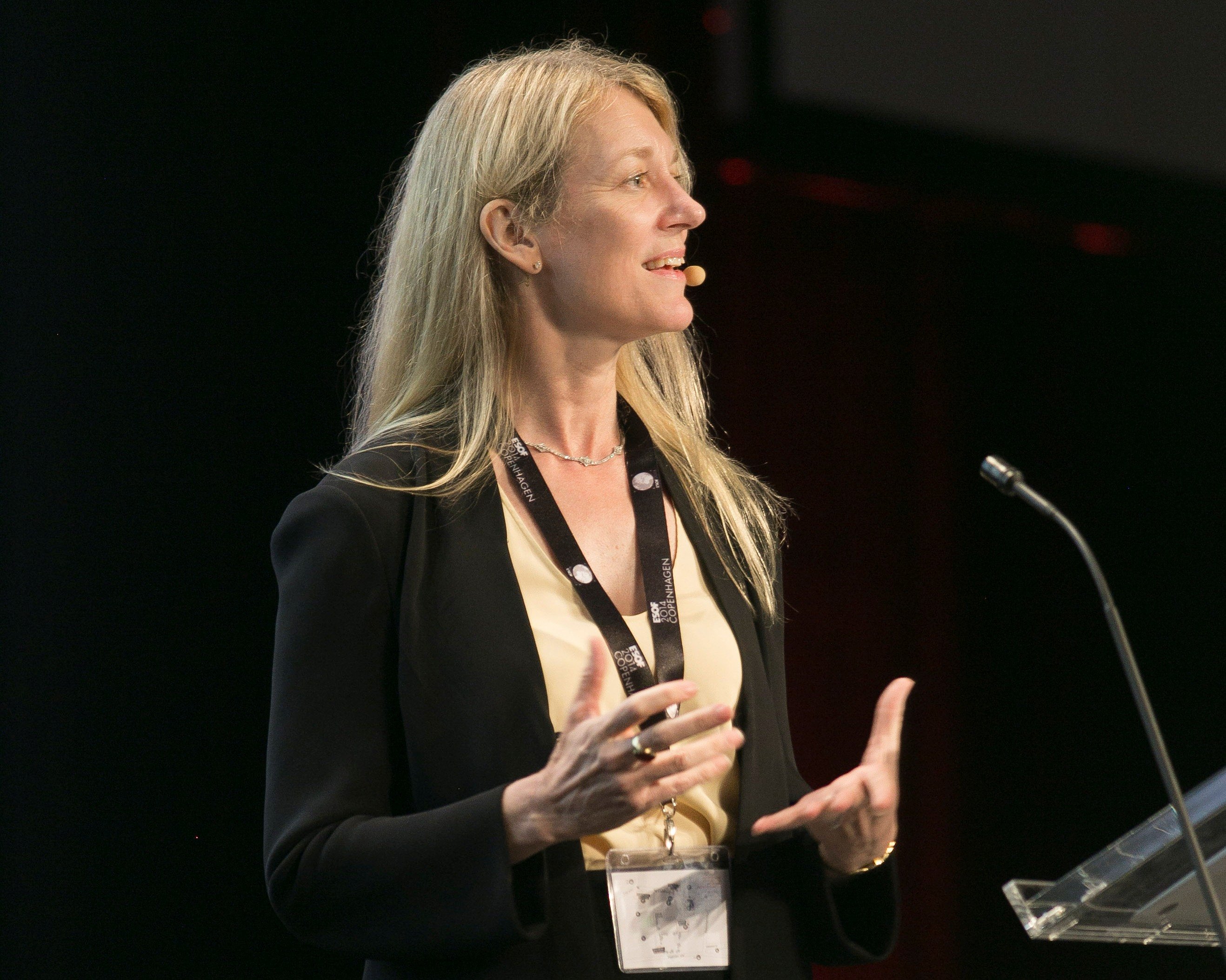 Neurobiologist and Kavli prize laureate Cornelia Bargmann studies the behaviour of worms. At ESOF, she explains how analysing the worm brain helps understand the human brain

Understanding the brains of simple organisms, like the worm, can lead to treatments of neurological diseases in humans, said neurobiologist Cornelia ‘Cori’ Bargmann, in her plenary talk at the EuroScience Open Forum (ESOF) on Monday 23 June.

Bargmann, widely known for her work in animal behaviour, won the Norwegian Kavli prize in Neuroscience in 2012 and was awarded the Breaktrough Prize in Life Sciences in 2013.

In her talk, she described her latest findings on the behaviour of a species of roundworm called Caenorhabditis elegans (or C. elegans). This worm, only one millimeter in size (roughly the size of a comma on paper), eats bacteria and has less than 1000 cells in total, 300 of which are brain cells, or neurons. It is thus one of the simplest organisms with a nervous system.

Studying the foraging behaviour of worms

Bargmann explained that the C. elegans worm, while searching for food, can exhibit two different behavioural modes: dwelling and roaming.

Dwelling is a behaviour that the worm presents when there is enough food in the surrounding environment for the worm to survive.

The roaming behaviour, on the other hand, is seen when food conditions are scarce, and the worm has to start moving to a new area in order to feed (exploration state). Interestingly, both behaviours are random, and the worm can spontaneously move back and forth from the dwelling to the roaming state.

By using different molecular biology techniques, Bargmann was able to identify the exact neurons and neuropeptides [molecules used for communication between brain cells] involved in the foraging behaviour, helping to explain how this behaviour is controlled in the brain of worms.

Can a simple worm teach us about the human brain?

The human brain has 85 thousand million neurons, many more than a small worm, prompting the ESOF audience to ask how helpful a simple organism with only 302 neurons could be for understanding the human brain.

The human brain consists of many overlapping circuits, many neuropeptides and neuromodulators, and is a highly complex system. Studying simple organisms such as C. elegans provides a good model for studying systems too difficult to analyze in a more complex system, like the human brain.

Mammalians, after all, also use neuropeptides to regulate their behavioural stability. Treating neurological disorders, such as narcolepsy, would require medication including neuropeptides, which would affect the entire brain.

It would be more efficient, however, if these drugs only affected specific regions of the brain. This is what C. elegans have taught us. Neuropeptides come from specific neurons, and steer the interaction between specific neuronic sets. ”If we can map this neurological system, we can improve the current treatments of a great number of neurological diseases,” says Bargmann.

Future and more complex models for studying animal behaviour are made using mice, fish, and birds. Birds are an exceptionally good model organism since they learn songs from their instructor, and can communicate through these melodies.

Why do we behave the way we do?

Geneticists and evolutionary biologists describe genomes as sets of instructions to solve problems, and as guides toward how problems were solved in the past.

See Cori Bargmann discuss the interconnection between genetics, neurology, and behaviour – both in humans and in C. elegans in this video (Part 1):