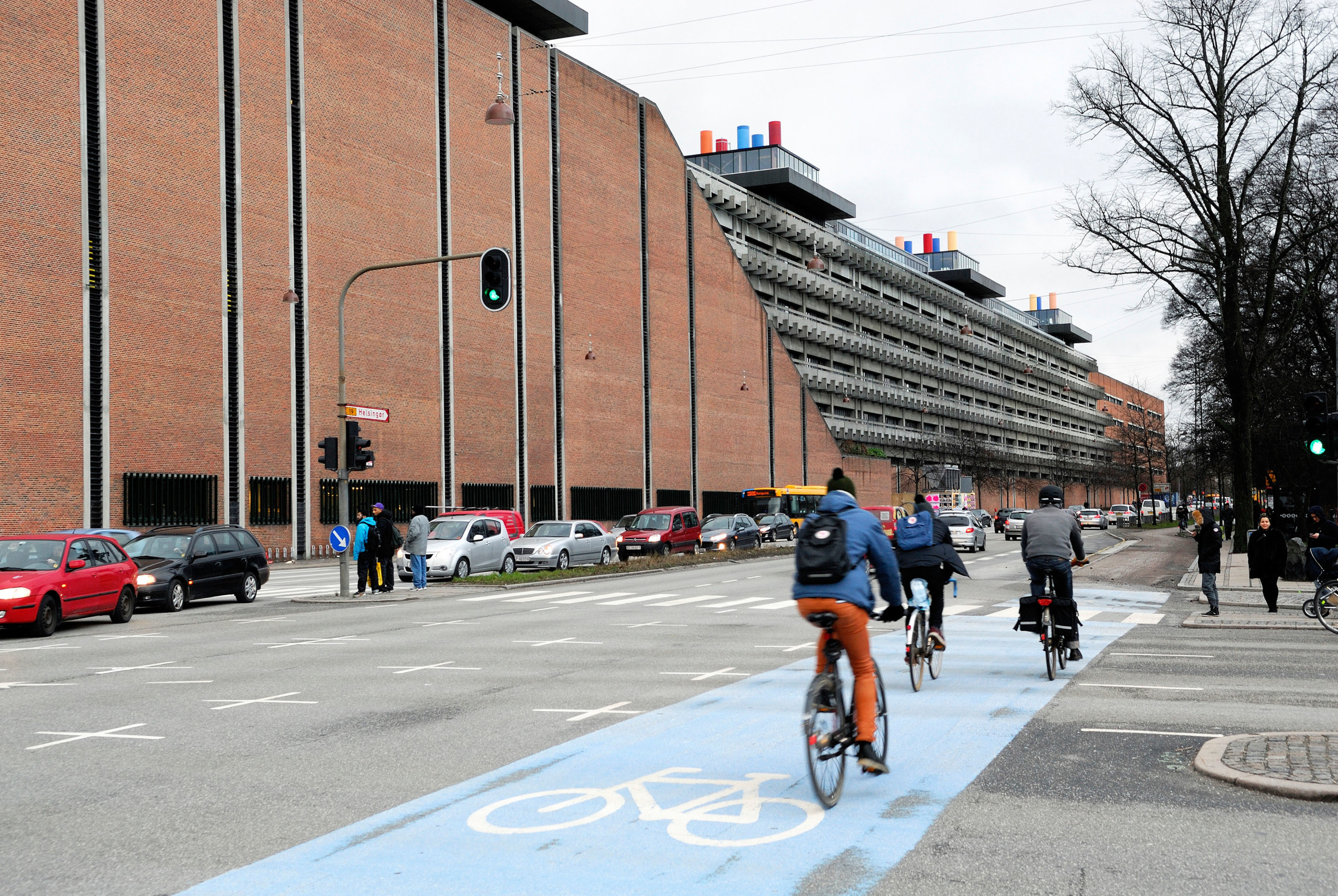 The Panum Building, where medical students have most of their activities.
image: Anders Fjeldberg

Students, who are now in quarantine, attended classes on campus and worked in hospitals, for several days after they attended teaching and a Friday bar with a coronavirus-infected student.

On Tuesday 10 March at 08:48 the student bar ‘Studenterklubben på Panum’ wrote on its Facebook page that it had been made aware that someone who had been to the medical students’ Friday bar on 6 March, had now been tested positive for COVID-19.

At time of writing, the post has received more than 232 reactions and has been shared 36 times. The post was also posted in the open Facebook group ‘‘Medicin – Københavns Universitet’, where almost 700 reacted at time of writing. The group has more than 5,000 members.

In the post, the student bar wrote that authorities would be contacted, and they urged everyone to keep an eye open for symptoms of infection. They said that they would update with authorities’ recommendations when they came in. At 09.55, a student from the student club wrote in the comment thread that the students were still in dialogue with the Danish Agency for Patient Safety, and that the University of Copenhagen was also informed about who the infected person was.

At 13.55, a student in the Facebook group asked for an update, and shortly afterwards the student club replied that they had been in contact with authorities since the morning (Tuesday), but that they were still awaiting advice from them.

This is a very unfortunate situation, especially when you realise that we need to be a part of emergency preparations if this runs out of control.

»The most responsible thing to do is to have everyone in quarantine, so people are kept away from clinics and hospital work! Right now there could, potentially, be a lot of people at work at the hospital and walking around the corridors of Panum as carriers of the contagion. We have an extra responsibility as healthcare personnel,« somebody wrote in the comment field and got 13 likes.

One medical student, who prefers to be anonymous, wrote to the University Post at 13:20 that the students had not yet heard anything from the faculty about the Friday bar situation. She was in doubt as to whether the students should turn up for classes – also because many of them have student jobs in the health sector.

She has since the been sent into quarantine because she had been in the student club Friday afternoon. On Tuesday she had been at several compulsory teaching classes, where she says that the students also asked the lecturer how they should react to the posting on Facebook about the infected student. She says that the lecturer said that students should go home if they felt sick.

»I find it awful to think that we have all been out on the weekend, and on Monday and Tuesday,« says the student, »I sat there refreshing the browser on the university website again and again, but there was no information.«

Medical student Jacob Bjerager asked for more information Tuesday afternoon on the the comment thread on one of the posts on Facebook. He has been at work in hospital with a colleague who was at the Friday bar.

»Almost eight hours pass before we get any information. All of us who have been walking among people all day, have no idea how we should deal with this,« he says to the University Post.

»If there have been 600-800 students through the club last Friday, there is several thousand of us who have been in contact with them since then. This is a very unfortunate situation, especially when you realise that we need to be a part of emergency preparations if this runs out of control.«

At 16:10, a press release from the Danish Agency for Patient Safety was posted on the student club’s Facebook page, shortly after several media had reported about the infected student at the part at Panum. And at 16:30 the University of Copenhagen shared a post on Its official Facebook page.

On Facebook, the university stated that students who were in the Studenterklubben Friday bar in the period 11:00-21:00 on Friday 6 March or were in classes with the infected person on Thursday and Friday, should quarantine themselves for 14 days, even if they do not have any symptoms. The release stated that the university’s studies administration would contact students who are in the same class as the student who tested positive for COVID-19.

Students wrote on Tuesday morning that they had informed the university, and several of them expressed their frustration over the long reaction time. However, the faculty director at the Faculty of Health and Medical Sciences Jess Pilegaard says that he was first given »a factual overview of the event,« when he was contacted by the Danish Agency for Patient Safety at 14:00 on Tuesday afternoon.

»We activated our crisis staff immediately after this,« he says. »We have a regular routine when events occur of this type, and then we are in very close dialogue with the University of Copenhagen (UCPH) on Nørregade [UCPH senior management has offices on Nørregade, ed.].«

One student writes that they informed UCPH on Tuesday morning, but you were not made aware of the situation before 14:00 – do you know who they contacted?

»I don’t actually know. I don’t know which way communication has gone, but it is not until 14:00 that we know what has happened.«

I can see that it might look like administrative dithering. But believe me, we are all working hard to strike a balance between due diligence and the risk of setting off undue panic.

Jess Pilegaard, Faculty Director at the Faculty of Health and Medical Sciences

Several students have been concerned, and the situation has been discussed in open Facebook groups for students throughout the day. We have talked to several students who wonder why it has taken more than seven hours before an announcement is made. They have been in classes on campus and have been working in hospitals with people who are now in quarantine – what has happened during the course of those seven hours?

»You’ll probably have to talk to the Danish Agency for Patient Safety about this. I imagine they have tried to identify who is involved, the scope of it, where the person was, when the person was tested, when they went home – all of the information that is needed. If you do not have a full picture of what the actual process has been, and what the infection risk is, it is difficult to communicate in a sensible way.«

The students have written on several Facebook groups to many thousands of medical students, that a corona-infected individual was at the Friday bar and that they are awaiting further information. Should the university not have said, as a precaution: ‘To you that were at the Friday bar at this time, you should start by going home and then we will see what happens.’ Is it responsible to have people walking around campus and working in hospitals for seven hours while [the university administration,ed.] knows about it?

»We have to have some basis for what we know if we are to decide what can be communicated. The communication you could release on that basis would be very limited. We needed clarity about what actually happened. And it is the Danish Agency for Patient Safety that is tasked with this basic appraisal.«

We have been told we need to be extremely prudent. And medical students are also considered part of emergency preparations. Now there may be 600 people who have been through the club last Friday, there are several thousand people who have since then been in contact with the potentially infected people. Should you have been more cautious due to the fact that it is medical students, and that you actually know that there has been a corona infected person at the Friday bar? Did you wait for too long?

»I just can’t say. I do not know enough about the process, and the way the Danish Agency for Patient Safety has made their appraisal, to be able to say whether it would have been reasonable to, from an abundance of caution, state something earlier. I trust that they know what they are doing and that they are taking this very seriously.«

»I can only emphasise to you that we are in daily contact with the other health science faculties in Denmark, with the Danish regional authorities, and with the University of Copenhagen’s central administration about what we should do in a given situation,« says Jess Pilegaard, who subsequently elaborates in an e-mail:

»I can see that it might look like administrative dithering. But believe me, we are all working hard to strike a balance between due diligence and the risk of setting off undue panic. As soon as the Danish Agency for Patient Safety sent out a press release at just over 16:00, we could inform on all the university channels.«

The University Post has been in contact with, and is trying to get a comment from the Danish Agency for Patient Safety. The article will be updated, if they respond to our enquiries. Since publication of this story, The University of Copenhagen has been temporarily shut down along with the rest of the Danish universities.