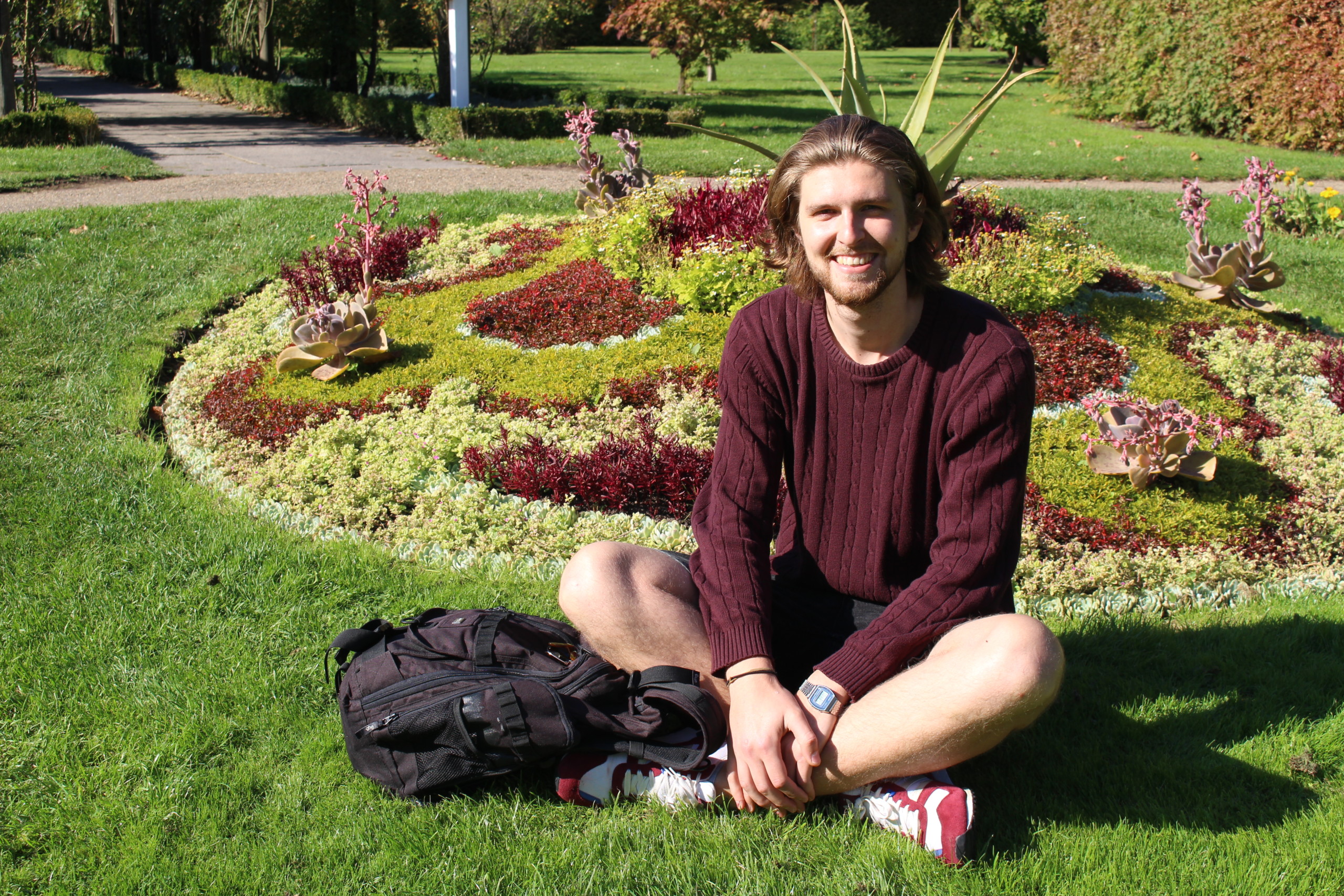 Konrad Lüder, Germany, studies MSc in Environmental and Natural Resource Economics, previously from University of Hamburg. How would you promote Denmark? ''Word of mouth. I have friends who are still studying so I can easily spread the word, and in that way students get to know the city on a personal level.''
image: Natalie Kim

The University Post speaks to the new student recruits about their new role, and how they define Denmark

Founded in 2010 by Copenhagen Capacity and Wonderful Copenhagen, YGA aims to brand Denmark as an attractive destination for study and work. The YGA network the network now has more than 400 international students from more than 65 countries worldwide.

How do these students define Denmark?

”I’m very fortunate to be able to promote Denmark to my home country, Spain,” says pharmaceutical science student Joan Carretero Mascaró, ”I look forward to being able to organize events and participate in informative workshops.”

Denmark is known as the happiest country in the world. In support of this, the ambassadors name friendliness as one of the biggest assets of Denmark.

”In general, Danish people are very friendly. And they are willing to help you,” says Mustafa Aslan, who is studying a research-based Masters in Medicine at Rigshospitalet, ”a few days ago, our department celebrated birthdays together with five massive cakes. Those cakes were for everyone.”

Joan also says that his professor brought a huge cake and coffee to share as a reward for a successful group presentation.

”We went on an excursion and the professor sat down for lunch with us. He tried to get to know us,” tells Konrad, who has just started his MSc in Environmental and Natural Resource Economics.

The ambassadors also think highly of work-life balance in Danish society. Mustafa has seen many of his colleagues leaving work on scheduled time and engaging in sports activities as well as spending time with their family.

”I think it’s a matter of priority. For example, in Austria where I did my bachelors, work comes before family or friends. But in Denmark, it’s the opposite. Family comes before work,” says Mustafa.

Konrad Lüder, from Germany, and studying a Masters in Environmental and Natural Resource Economics, has also observed that Danes are family-oriented, and expresses desire to stay in Denmark to raise a family.

”I don’t want to live to work. I don’t want my life to consist of working most of the week,” he says.

Working as a team leads to broader perspectives

Konrad and Joan have had positive experiences during their group assignments and believe that emphasis on teamwork is worth promoting about Denmark.

”I think group work is a good way of broadening your horizons. You get to pick other people’s brains. Most of the time, it leads to better results. I’ve had two group projects so far and I feel like I understand more than if I had done it by myself,” says Konrad confidently.

For Joan, working as a team wasn’t as easy since individual assignments were more common in Spain. Yet, he sees the importance of teamwork.

”For example, if you work in a pharmaceutical company, you will have to work as a team for many projects,” he says. Joan thinks the Danish education system is equipping him well for these tasks.

Youth ambassadors will officially start their role from the 30 of September by taking part in The University Branding Battle.