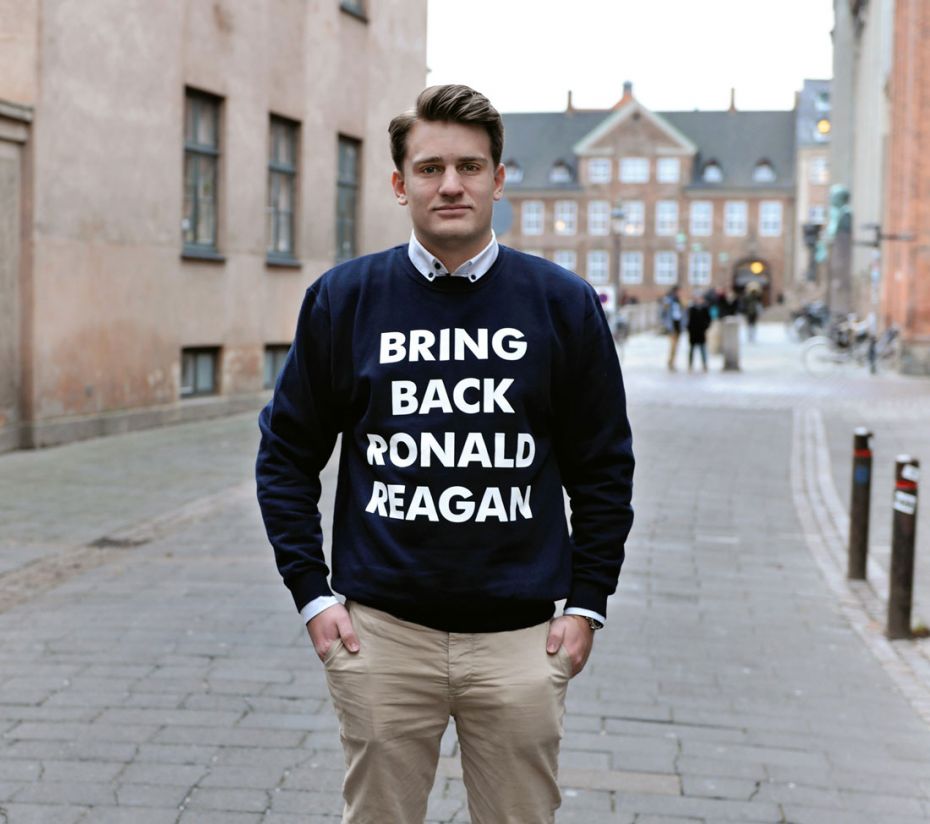 UNIVERSITY ELECTIONS - Meet Jacob Stendevad - candidate for the student's seat on the University Board.

Why are you standing for election?
I want to give the liberal/conservative-minded student at the University of Copenhagen a voice in university management. The Student Council is biased in their political statements. We saw this in connection with the government’s proposal for a SU study grant reform.

The Student Council opted, collectively, to go out and protest without even looking at the proposal for restructuring the SU grant. They did not even consider the fact that students overall would receive more funding and get improved terms for the repayment of their student loans, since it was offered interest-free. In addition, you get a tax deduction the first three years after your degree and a higher tax allowance during studies.

This has been completely neglected by the Student Council in connection with protests and demonstrations. The worst thing, in our view as conservative-minded students, is that the Student Council claims to speak on behalf of all students, regardless of students’ political views. There is a real need for a supplement and an alternative to them, since it is difficult to have any influence if you have a centre-right or liberal/conservative point of view. So I want to be the voice of all students who think differently than the majority of the Student Council.

What are your key issues?
I will fight for a more nuanced, in-depth attitude towards the points in the discussion. I believe specifically that students should have more autonomy in organizing their own study programmes. Each student should have access to their own funding: A bag of money for education which they themselves can decide how to use.

If the state is the primary source of funding, the University cannot uphold its independence, and there is always the danger of cuts.

The benefits to being an independent private university are many:

The University of Copenhagen (UCPH) will be able to decide which programmes should be on offer, and could set and control admissions solely on the basis of supply and demand. If many students want to take a study programme, why not create more spaces and let the market regulate itself?

If the unemployment rates are high, the students will find something else to study, or find innovative ways to use their chosen education programme.

Research can also only be completely objective and independent if the university does not receive public funding.

I do not have a precise plan for how this is to be implemented, but I will fight for the principle of independence and will for example support the University’s call for ownership of its own buildings.

How will you get going with the Board work?
It depends completely on the individual case. But if a majority of the Board believes one thing, and I stand for something else, I will not be silent. If it’s about a principle for Konservative Studerende and our constituents, I will speak up.

I am a pragmatist in the sense that I’m willing to listen to all arguments, and I have no preconceptions concerning the problems which the Board will discuss.

I will not cut and run when it comes to students’ civil rights against the University’s administration.

It is also a principle of mine that the university should be an independent institution that operates its own business, so if a majority calls for politically-appointed boards, I will protest.

Vote for the University Elections here