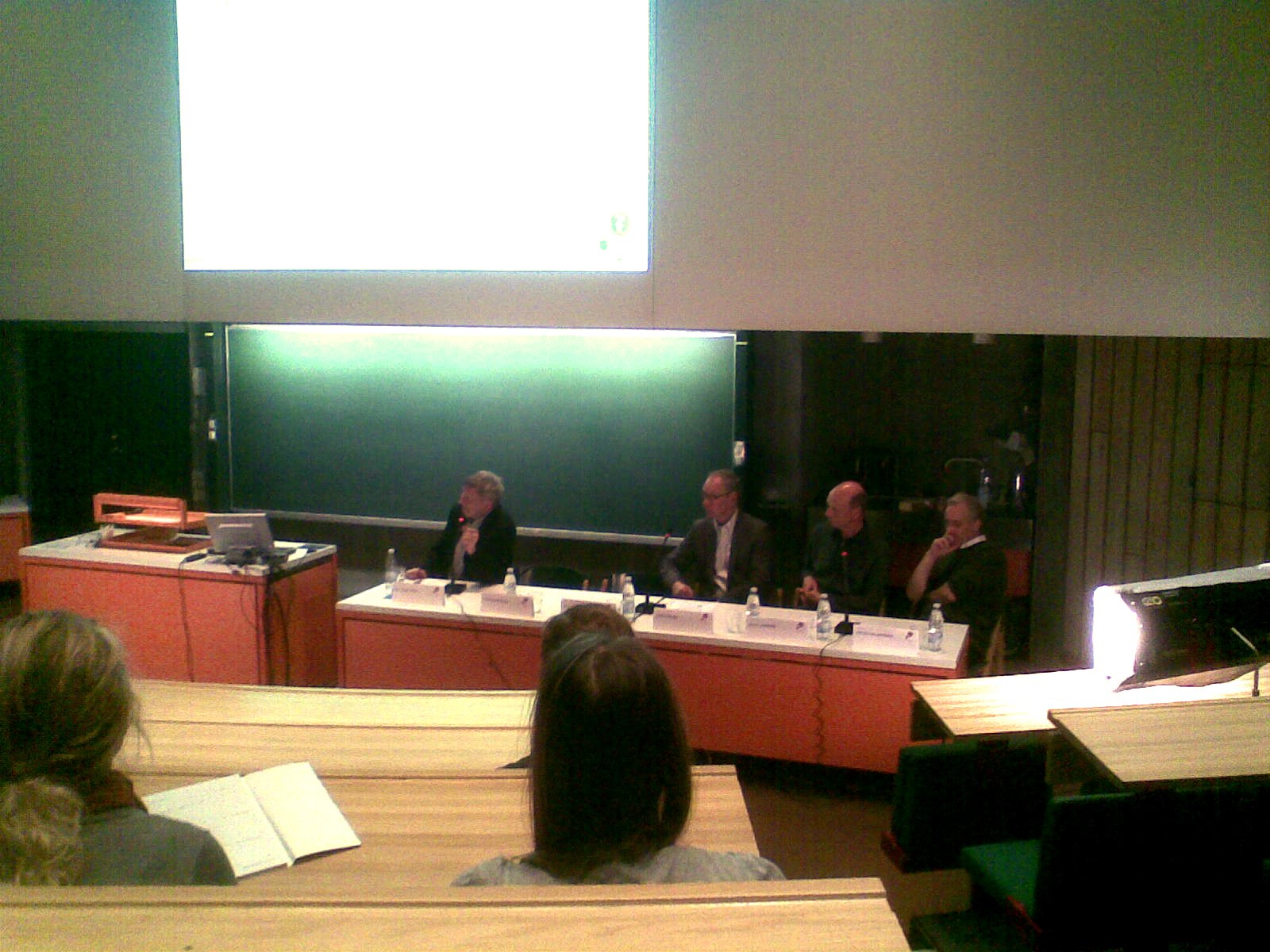 At the Faculty of Health Sciences, staff and students were interested, though sceptical, when Rector Ralf Hemmingsen and Dean Ulla Wewer introduced the proposed merger on Tuesday 20 September. Unlike at the morning meetings, staff and students seemed to be more receptive

Despite a one-day warning, the auditorium was full.

University management has proposed merging the Faculty of Health Sciences and the Faculty of Pharmaceutical Sciences, and two other faculties, and had called a meeting.

The short notice was the cause of frustration for some university staff and students, who said it gave them little time to turn up and have their say in the matter. Rector Ralf Hemmingsen was quick to address the problem. Unlike the other proposed Science-Life Science merger, Health-Pharma is still more theoretical, and will require a lot of input from staff and students, he explained.

The Rector had a morning of meetings to know exactly what points had irritated the staff and students, so he addressed the points of controversy immediately: »The merger is purely an academic move – it isn’t an attempt to cut costs – making a profit is secondary,« he explained.

»If this, in the long-term, allows us to direct funds back into the faculties that generate them, that would be okay too.«

The University Board and the deans propose that related subjects at different faculties be either merged or work from the same location. Addressing another sore point, Hemmingsen explained that students and staff would not be split across faculties, and people need not fear having to travel from one end of Copenhagen to the other for their lectures.

Will it benefit students?

»My immediate reaction is positive really, but with a healthy dose of scepticism,« said one student of medicine after the presentation.

Another medical student was concerned that the proposed close relationship with the private sector might lead to an increase in earmarked funding.

»I’m concerned that pharma companies will get their foot in the door, and have an idea of what direction our studies should take, and which areas of research will be granted more funding etc.,« she said. »This appears to be a research-based merger. I find it difficult to see what benefits, if any, this could have for our studies.«